"I grudge them their blood money" [LAST] 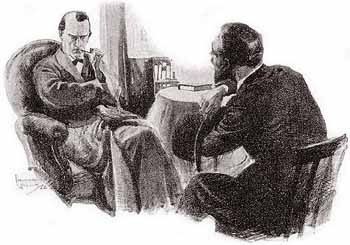 Earlier this year, we reported on the lawsuit that the Conan Doyle Estate, Ltd. filed against Miramax, Roadside Attractions and Bill Condon in conjunction with the release of the film Mr. Holmes starring Ian McKellen.

Now, the Estate Limited is claiming victory in its latest effort. An agreement was in place in principle prior to the release of the film, and the parties are in the process of finalizing it. Benjamin Allison, attorney for the Estate, said earlier this week, "The estate is very pleased." Miramax had no comment on the ongoing litigation. According to press reports, the defendants had not filed a response to the lawsuit.

This is precisely how most nuisance lawsuits are handled by large entities. Big company lawyers are more expensive than a settlement would be. In our view, this is exactly what the CDEL hoped for, and the 7th Circuit of the U.S. Court of Appeals noted last year noted in its landmark decision against the Estate last year:

The Doyle estate’s business strategy is plain: charge a modest license fee for which there is no legal basis, in the hope that the "rational" writer or publisher asked for the fee will pay it rather than incur a greater cost, in legal expenses, in challenging the legality of the demand. The strategy had worked with Random House; Pegasus was ready to knuckle under; only Klinger (so far as we know) resisted. In effect he was a private attorney general, combating a disreputable business practice—a form of extortion—and he is seeking by the present motion not to obtain a reward but merely to avoid a loss.

The court even made a helpful recommendation:

It’s time the estate, in its own self-interest, changed its business model.

However, with a Hollywood movie in its sights and precious little time left on its remaining 10 copyrighted stories, the Limited entity insists on panning for as much gold as it can.


Meanwhile the case of Conan Doyle suing his own estate from beyond the grave continues...