"Some of the inhabitants of theIndian Peninsula"[SIGN] 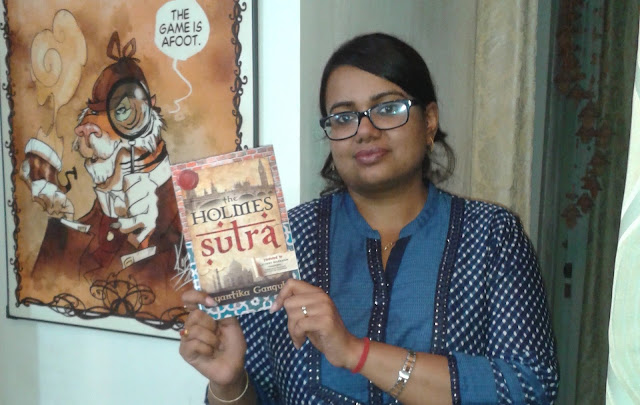 It is astounding that like the Norwegian named Sigerson, Sherlock Holmes societies have crossed the four corners of the Earth.  There are societies in Japan, the Czech Republic, Australia, Switzerland, and Uruguay, to name just a few.  For this blog post, we interviewed Jayantika (Jay) Ganguly, the Secretary General of the Sherlock Holmes Society of India.  We discussed how she became interested in the world's first consulting detective, her book, and of course, her favorite story from the canon.

I Hear of Sherlock Everywhere:  You have been a Sherlock Holmes fan since you were twelve.  How did you discover the World's First Consulting Detective?

Jay Ganguly: Ah, well – pretty much the usual way. My father gave me a battered old copy, and one story down, I was hopelessly in love. Sherlock Holmes does tend to have that effect, doesn’t he?

IHOSE:  You are the Secretary General and Editor of the Sherlock Holmes Society of India, a scion of the Baker Street Irregulars.  Tell us a little bit about the Society. How was it created? How do you hold your meetings?  Any fun events?

JG: The Sherlock Holmes Society of India was founded on May 28, 2001 by Mr. Sumal Surendranath, who is also the President of SHSI. We are primarily an online platform, brought together by our mutual love for Sherlock. Our members are spread across the country and in several cases, the world, so in-person meetings are not really the norm. Most of our discussions/debates and the like are held online. We do have an annual meet, though, and we have it in a different city each year, usually decided by a vote. It’s always the fourth weekend of August.

This year, we are hosting our annual meet in Kolkata (Calcutta) on August 24 – so if anyone’s planning an India trip around that period, we are always happy to welcome any Sherlockian to our meeting! The only other schedule we follow is our bi-annual release of our e-magazine, “Proceedings of the Pondicherry Lodge” – the summer issue is out on June 1 and the winter issue on December 1. Other than that, we don’t really have any specified or pre-scheduled events…but we are a nice, friendly bunch, and we do try to meet up when we are visiting a city where a fellow Sherlockian resides. And we are friends with many (many, many!) absolutely wonderful Sherlockians all over the world. 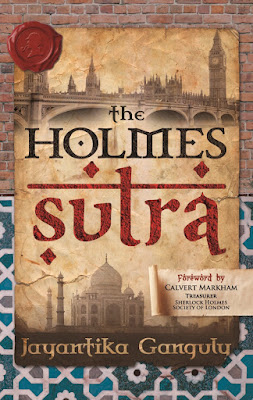 IHOSE:  You published a book in honor of Sherlock Holmes' 160th birthday called The Holmes Sutra.  The book contains two parts, the Mantras and the Mania Quotient Test.  Let's start with the mantras.  How did you devise 160 different sayings and in some cases, rules, about Sherlock Holmes?  Have any of the mantras proven controversial, such as #31 Sherlock Holmes can perform magic. Literally?

JG: Oh, I just picked up Sherlockian things I really liked – the Canon, other books, online fanfiction, films, TV, pretty much everything Sherlockian I’ve laid my eyes on – and, of course, some of my pet theories on him. Controversial? I don’t really think so, but I’m always happy to listen to counter-arguments. Also, I’m a lawyer, so I have back-ups and ready arguments for everything I write.

Mantra #31 is a reference to that excellent piece of work by Jamyang Norbu – The Mandala of Sherlock Holmes. It was one of the earliest pastiches I read – the second one, in fact – and definitely one of my favourites. I’d hate to give out spoilers, but let’s just say that the climax is dramatic, set in mystical Tibet, and witnesses Sherlock Holmes cradling (and using) magic in his long-fingered hands.

IHOSE: The second part of your book, The Mania Quotient Test is a lot of fun.  I ended up with StockHolmes Syndrome. How did you devise the test?

JG: I’m not surprised to hear of your StockHolmes Syndrome. I devised the test based on the Sherlockians I knew of by then. (It’s another matter I’d not met any of them by that time; we’d just exchanged emails, and in some cases, it was just hearsay.) So, StockHolmes Syndrome was based on people like Peter Blau, Roger Johnson and, of course, our own Sumal ji. The next category, Holmesick (which is where I fall) is mostly calibrated to me and Sherlockians at a similar level. Similarly, Holmesaddicted, Sherlocked and Holmesfree came into being. It’s rather arbitrary and based solely on my judgement, if you come to think of it…but I like to imagine that Sherlock helped it along, hence it isn’t too bad a gauge.

IHOSE: Here is the question we ask all Sherlockians.  If you were stranded on a desert island with one Sherlock holmes story, which would it be and why?

JG: That depends on whether “story” refers to (a) just the Canonical tale, or (b) all known adaptations of the tale.

If it’s (a), then I’d take The Sign of Four, I think. It is one of my favourites. It is long, so it will keep me entertained for a while. Besides, Sholto’s account might be of some use in giving me ideas on how to escape from the island if I get too bored! Of course, being stuck on an island with only Sherlock Holmes for company…*sigh* (Though I do wish Petr (Kopl) had adapted The Sign of Four into his astounding graphic novel series…)

If it’s (b), I’d go for The Hound of Baskervilles – many more adaptations to go through! There’s even a Hindi movie based on it. 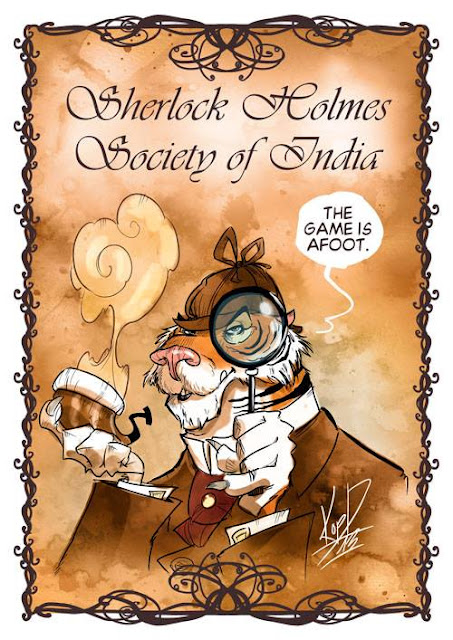 IHOSE: What are your future projects?

JG: There is a giant book of pastiches in three volumes being compiled by the lovely David Marcum and MX; I’ve got a small Holmesian tale in that. The e-magazine is always at hand, I’d proudly call it my baby. I’ve been thinking about The Holmes Shastra (“Shastra” being “scripture”) – I’d thought to make it a set of syllogisms and stories, but nothing has been penned yet. And now David (Marcum) has put the idea of a set of short stories in my head and it has taken root. Let’s see. I go where Holmes takes me.

Many thanks for the brilliant questions, though; I really enjoyed answering them!


Jayantika Ganguly is the Secretary General and Editor of the Sherlock Holmes Society of India.  Her book, The Holmes Sutra, was released from MX publishing in 2014.  Ms. Ganguly is also a corporate lawyer working with one of the top law firms of India, and is based out of Kolkata. She likes to refer to herself as Holmesick, wanderlust-ridden and a bibliophile.