Conan Doyle Sues Own Estate from Beyond the Grave 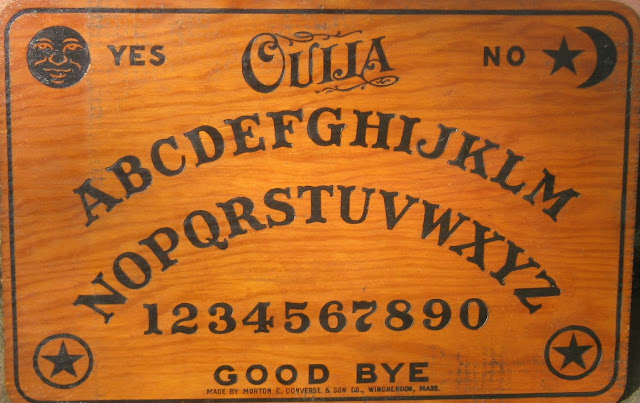 Karl Planchette, owner of Planchette's Paranormal Parlor, says a Ouija board manufactured in 1890 had been vibrating mysteriously.

"I usually have the TV on, and this one board often hops around a little during the news. Last week there was a report about some movie, and it started to bounce around like crazy.  So I wrote down the letters and I was real surprised when I read it back and saw it was a lawsuit.  So I took it over to the courthouse," said Planchette.

According to Planchette, the complaint points to "statements harming the reputation of Arthur Conan Doyle as an individual deceased person and subjecting the character of Sherlock Holmes to groundless criticism."

Ouja board, long associated with paranormal beliefs, dictates complaints one letter at a time

"He was pretty steamed up for sure. It took almost two hours to write it all down. He wants them to sneeze and desist, but I’m pretty sure the sneeze part is a typo," said Planchette.

Conan Doyle, creator of Sherlock Holmes, Professor Challenger, and author of  The Lost World, died in 1930 after a long career as a doctor, soldier, statesman and writer.  "He also wanted to know why no one is interested in Sir Nigel, whatever that is,” said Planchette.


More details of this astonishing story as it develops can be found here.