"at Washington for it" [VALL] 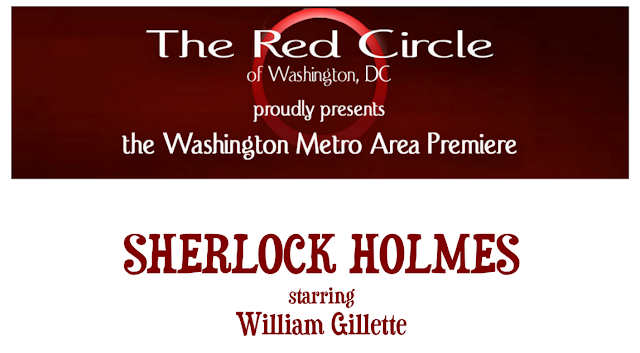 If you missed the chance to see the William Gillette Sherlock Holmes (1916) at the San Francisco Silent Film Festival in May or in Paris in January, you may have another chance.

From Peter Blau, BSI, 2s. ("Black Peter") comes information about the a showing of the film in the Washington, DC area, in conjunction with a meeting of the Red Circle of Washington, DC.


The Red Circle will hold its next lodge on Friday, September 25 in Bethesda, Maryland. Attendees will be fortunate to hear Bob Katz, BSI, 2s. ("Dr. Ainstree") and Andy Solberg, BSI ("Professor Coram") discuss their recent work on the BSI Manuscript series in a talk titled "Of Morley and Manuscripts." You can listen to Bob and Andy on IHOSE Episode 63 (Irregular Stain) and Episode 76 (Out of the Abyss).

The following morning, September 26, the Red Circle will present a theater screening of William Gillette's Sherlock Holmes at the Landmark Bethesda Row Cinema in Bethesda. Discount hotel rooms are available at the Bethesda Hyatt for out of town guests. Tickets are available directly from the box office According to Peter, "it's a grand opportunity to see this long-lost film on the big screen." We agree. 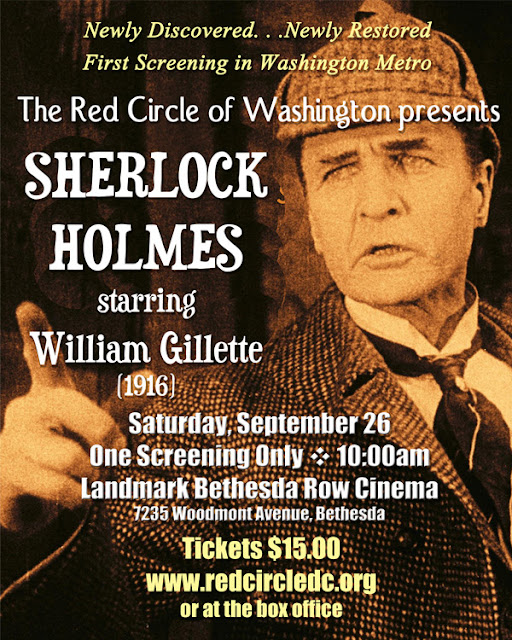 For more information on the screening, and a link to the theater box office, will be found on the Red Circle's web site: www.redcircledc.org.

Why not plan a weekend in Washington? Fellow Sherlockians, great discussion and a rare opportunity to see a long lost cinematic gem.