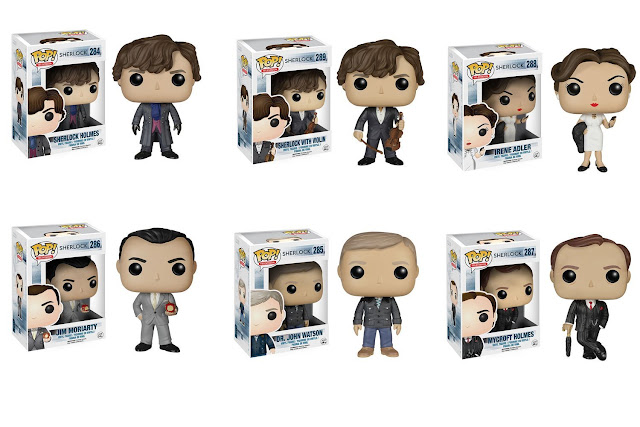 If you haven't heard of Funko Pop! Vinyl figures, they're stylized miniatures that stand just under 4 inches (10 cm) tall with extremely large heads, designed after pop culture icons. For example, there is a Pop! Marvel set, a Pop! Walking Dead set, a Pop! Game of Thrones set - even a Pop! Monty Python and the Holy Grail set.

But the one you're here for is the Pop! Sherlock set.

As you can see above, the set comes with six different figures - two Sherlocks, John, Mycroft, Jim Moriarty and Irene Adler.

You can get the standard Sherlock, poised and ready for action in his gloves, great coat and scarf: 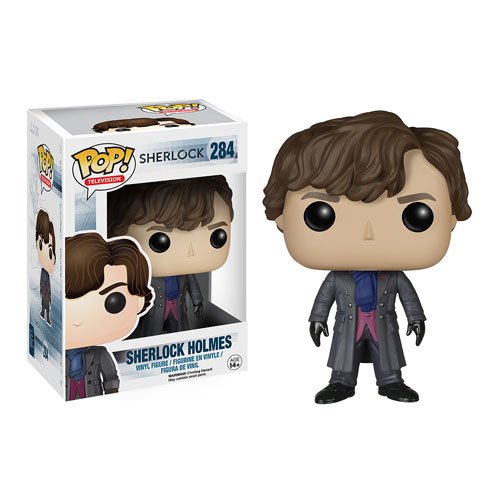 Or there's always a more homey Sherlock, with his violin handy: 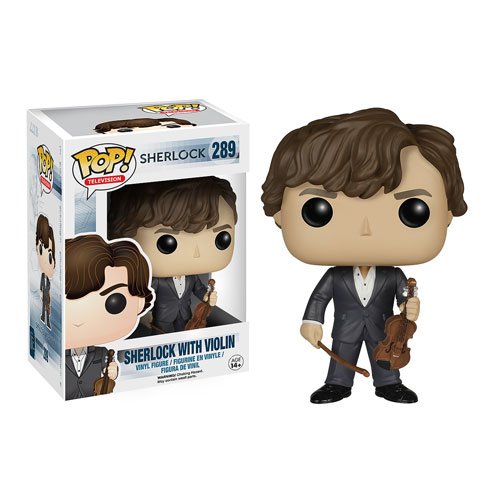 And what's Sherlock without his trusted sidekick John? 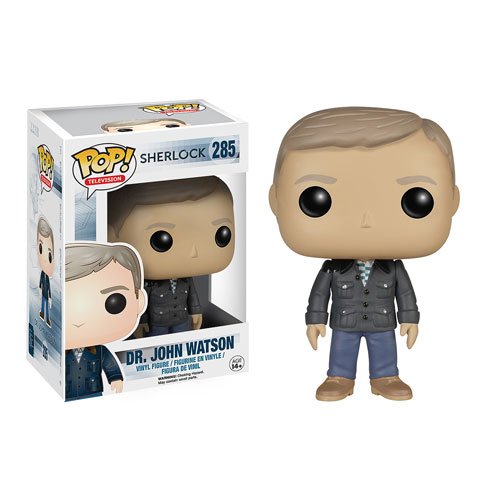 Working things from behind the scenes in the government, Mycroft has his trusty umbrella by his side: 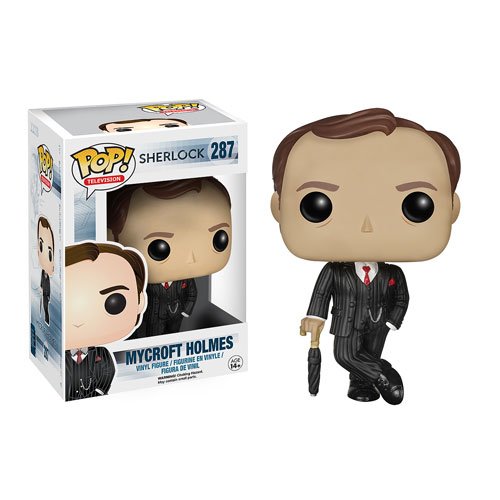 The woman makes an appearance as well - adventuress Irene Adler (played by Lara Pulver, who was on Episode 41), with her handy mobile phone (locked, we assume) is resplendent in her white dress: 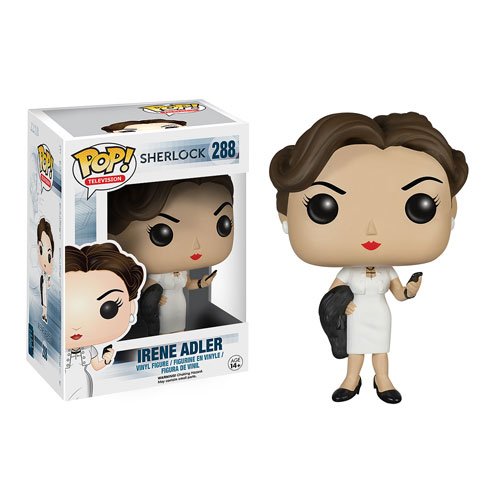 And finally, we come to the ultimate criminal, the Napoleon of crime, Jim Moriarty and his freshly bitten apple: 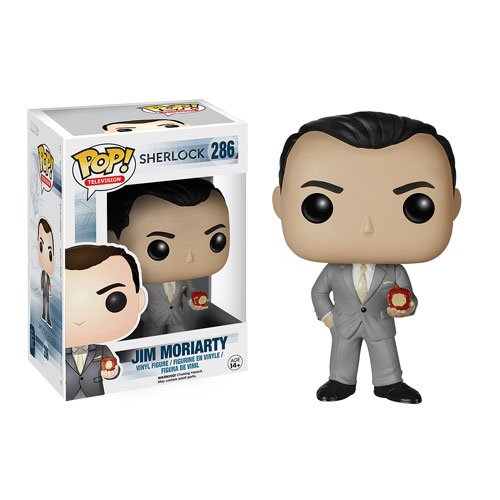 So what do you think? Are you on board with these figures? Will you add them to your collection? Let us know!