The Adventures of Sherlock Holmes, Re-imagined in LEGOs

"Out there fell a cascade of children's bricks." [TWIS] 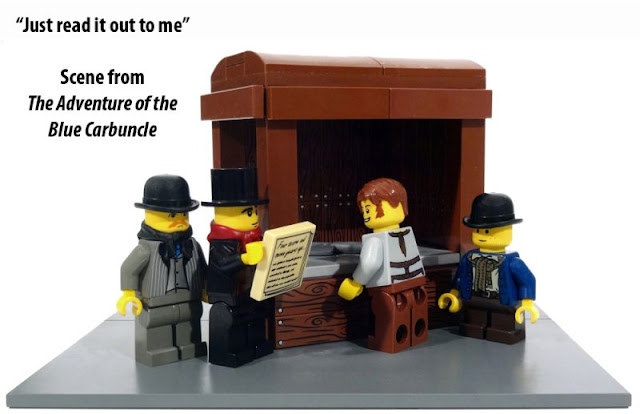 For many of those who enjoy reading the original Sherlock Holmes stories, the illustrations of Sidney Paget have traditionally brought those scenes to life visually. When Granada began producing The Adventures of Sherlock Holmes in the mid-1980s starring Jeremy Brett, the team faithfully recreated many the original illustrations. Now you can now enjoy the detail and creativity of yet another real-world version of them in the Sherlock Holmes Lego Book Series. Instead of using actors and sets, this version uses LEGO brand minifigures and bricks.

As of this review, the first seven stories from The Adventures of Sherlock Holmes have been distributed by MX Publishing. Each soft cover book in the series contains one original story, incorporating the LEGO illustrations of models built from the original Paget drawings. 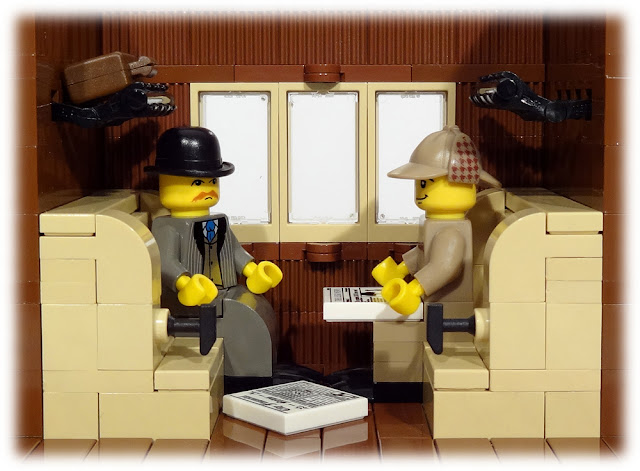 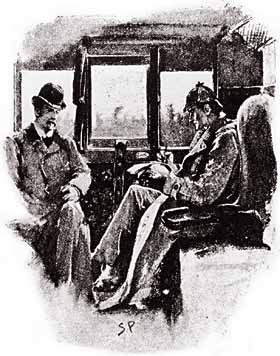 James’ attention to detail is apparent in all of his models. The iconic scene of Watson and Holmes in their own train compartment (carriage) has been captured by Sidney Paget, the Granada production starring Jeremy Brett, and now in LEGO bricks (shown above). Another classic scene presented is the woman, Irene Adler, in disguise and wishing Holmes a good night on his doorstep in “A Scandal in Bohemia

.” In another, John Openshaw is portrayed opening the envelope with the orange pips in “The Five Orange Pips 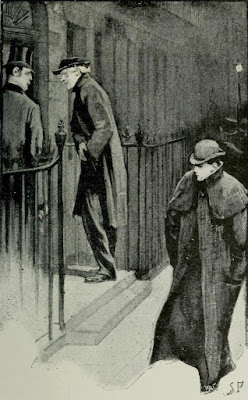 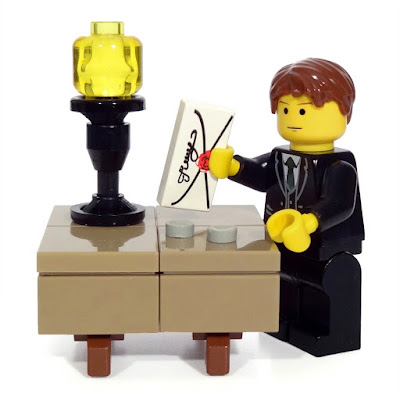 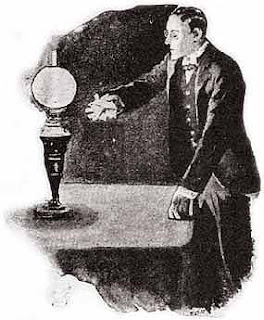 These books are charming. They are for old and young alike. For those of us seeking for new ways to engage younger readers in the Canon, the LEGO characters are accessible and could serve as inspiration to knowledgeable LEGO engineers. For those who enjoy another version of the illustrations, the books capture the imagination.

The accompanying website is also recommended. At the website, you can learn more about the books and the author. You can enter a contest to win a Sherlock Holmes mini-figures, find the 69-page pdf document containing instructions to build a model of Undershaw, or download a set of printable LEGO-Sherlock Holmes character bookmarks. You can also learn how to purchase LEGO plans for building 221B Baker Street in LEGOs.


We had a chance to interview James by e-mail to find out his plans for the LEGO Book Series, and the for his models.


IHOSE: Are you planning to illustrate the rest of the stories from The Adventures of Sherlock Holmes?

Macaluso: I have already completed the illustrations for the remaining stories that comprise The Adventures of Sherlock Holmes with the exception of the final tale, "The Adventure of the Copper Beeches," which I am currently preparing. I would like to publish the complete set of the 12 short stories, including the next volume which was one of Conan Doyle’s favorites, namely "The Adventure of the Speckled Band." 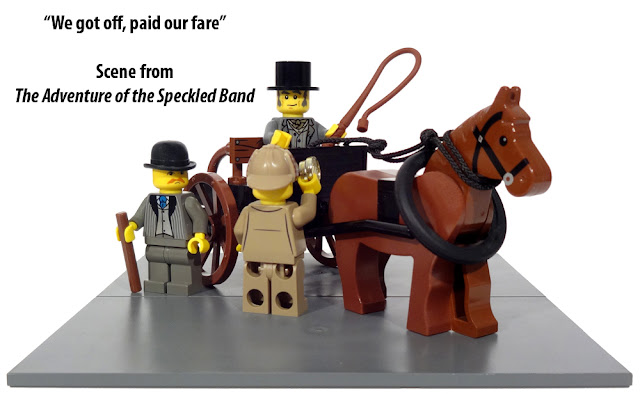 IHOSE:  Will you tackle other stories, and if so, which ones?


IHOSE: Will you ever exhibit your Victorian London of Sherlock Holmes in the real world?

Macaluso: I did have a LEGO model of Victorian London a number of years ago when my wife and I lived in the United States. However, upon moving to Europe several years ago, almost all of the buildings and streets were dismantled, although I still have the train station I designed and built. Our move to Paris and then Spain was in part responsible for my creating the book series. As we have limited space in which to set up a large city model, I decided to combine my interests in LEGO and literature, and in particular Sherlock Holmes, and create smaller models which can be easily built, stored and displayed. Nonetheless, I am currently completing a LEGO minifigure scale model of 221B Baker Street, with the interior of the sitting room and bedroom of Sherlock Holmes completely furnished, which I will later share via the book series website or possibly even exhibit next year when my wife and I move to England. 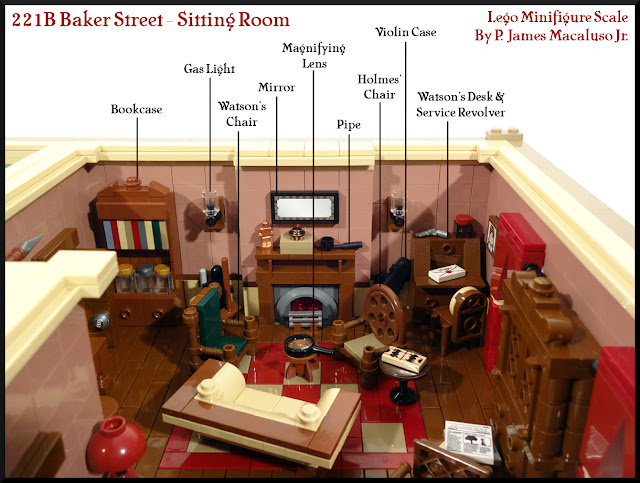 So, make some time to stroll through Victorian times with the LEGO characters and enjoy this series of books and their accompanying website. The books are available in soft cover from the publisher, Amazon, in ebook format and on iTunes.