The Horror of Holmes: An Interview with Author William Meikle 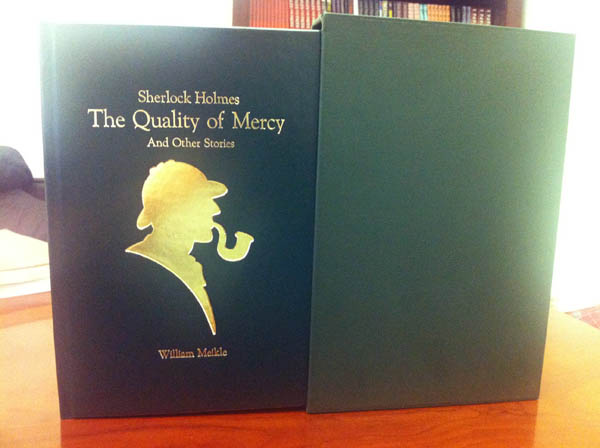 Over the last 100 years, as pastiches have grown ever more popular, we have seen the blending of different literary genres with Sherlock Holmes.  There are romances (the Mary Russell novels), science fiction tales (Sherlock Holmes Through Time and Space), mash ups with Dracula (Sherlock Holmes vs. Dracula), Dr. Moreau (Sherlock Holmes and the House of Pain), and even Jane Austen (My Particular Friend).  What is probably the most popular genre, though, is combining Holmes and horror, and one of the best authors in this genre is William Meikle.  We had a chance to interview Mr. Meikle via email about his Holmes stories, his horror fiction, and a new Kickstarter anthology project he's currently involved in.

I Hear of Sherlock Everywhere:  In "The Sussex Vampire," Holmes states "No ghosts need apply," yet most of your Sherlock Holmes stories blend elements of horror in with the traditional pastiche. What made you decide to have the consulting detective take on unspeakable terrors?

William Meikle: Initially at least, we have EDGE Publishing and Charles Prepolec to thank - I saw a story submission call for their Gaslight Grotesque anthology back in 2009 and sent in a story which I was delighted to have accepted. Then The Lovecraft Ezine put out a call for Lovecraftian Holmes mash-ups, and I had a story accepted for that too. Once Dark Regions Press expressed an interest in more, I was on my way.

As you can probably tell if you've read any, I'm happy to play fast and loose with the Canon, although apart from the introduction of the supernatural, I like to stay as close as I can to the original concepts of the characters. A bit of leeway-but not too much. But ghosts, monsters, supernatural terror, and unspeakable things from beyond is what I'm all about as a writer, and throwing them at Holmes and Watson just seemed like a natural thing to do for me.

It doesn't stop me from getting some blisteringly bad reviews and name calling from purists, but I suppose that's the price I pay for taking what few liberties that I have.

But they're my stories, and I'm very proud of them, and of getting a small place in the ranks of Sherlockiana. Plus having a still growing set of gorgeous limited edition hardcovers of my tributes to the great fellow Scotsman on my shelves makes me very happy.

IHOSE: You have written pastiches not just of Holmes but also of Doyle's Professor Challenger. What is it about Doyle's characters which draws you to writing new adventures with them?

WM: I grew up with Doyle, Wells, Verne, and Stevenson, and even now I still go back and reread them all. It's the characters more than anything - Holmes especially is still recognizable worldwide all these decades later. Not many writers have captured the public imagination like that.

There's also the nostalgia factor - I've also written numerous Carnacki stories, and I've got a hankering to try a Victorian alien invasion story soon too. It's just the way my brain is wired I guess.

Plus, as a writer, having a pre-built framework to hang stories on gives you a way in to stories without having to worry about some of the technical aspects, so that's attractive too.

IHOSE:  You were born in Scotland and now reside in Canada. How do your different locales impact your writing?

WM: Locale is always a big thing for me - a lot of my work is set in Scotland, and much of my newer stuff is now happening in Canada. Both have been rural environments in the main apart from a spell in Edinburgh. I now live on a remote shoreline up on the East Coast of Newfoundland with whales, icebergs and bald eagles for company, and a strange sense of isolation has crept into a lot of my recent work.

But I still go back to London for the Holmes and Carnacki tales. It helps that I spent ten years in the Old Lady back in the '80s so as a locale the old buildings, streets and parks are all still vivid in my mind. I find I need that kind of visual connection somewhere to get me into the stories in the first place.

IHOSE:  You have a story in a new anthology which is currently part of a Kickstarter campaign. Tell us a little bit about the story and the anthology. 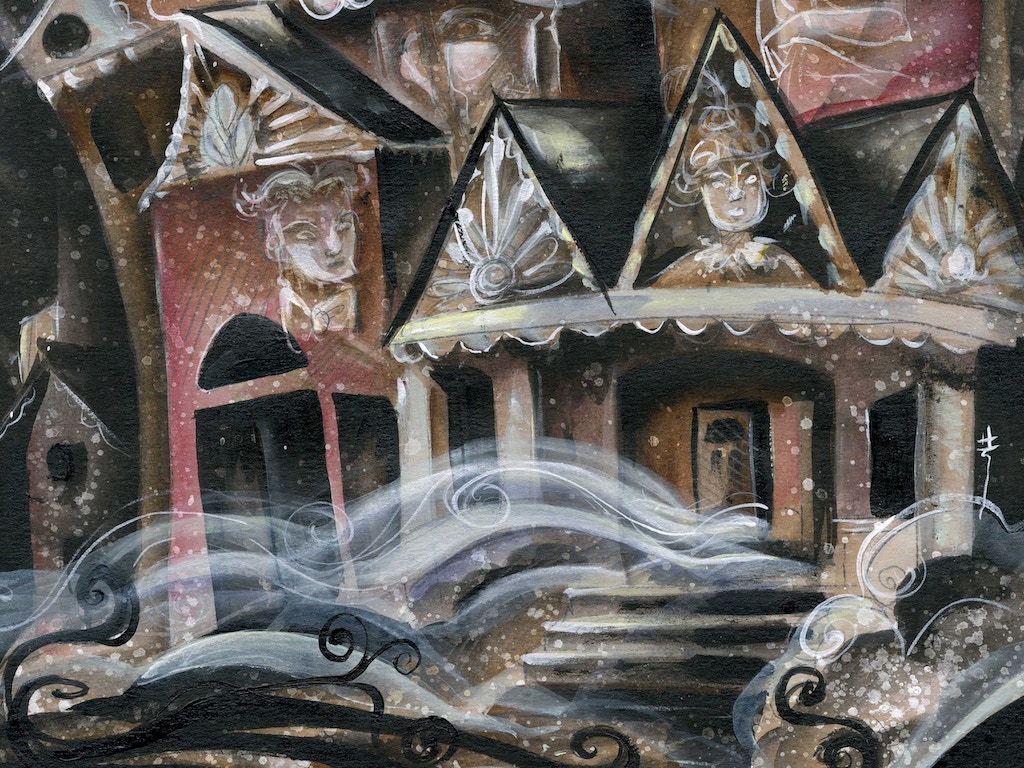 The individual stories are based entirely on a package each author was given containing a tintype, a name and an occupation/fact about a family member whose picture was found in a box, and had to tell that person's story.

My story "The Luck of Walter Dimsdale" is about a 19th century steamboat gambler who hits an extraordinary run of luck after meeting a strange woman. But good luck can turn to bad luck on one roll of the dice, and Walter finds that out all too quickly.

Hopefully the kickstarter will succeed as, given the names involved, there's some great writing in the pipeline. Anyone interested can see the campaign here.


IHOSE: The question we ask all Sherlockians. If you were stranded on a desert island and could only have one Sherlock Holmes story, which would it be and why?

WM: It would have to be The Hound of the Baskervilles. It's been among my favorite things for well over 40 years now and stands up to numerous reads. It can't be matched for characterization and atmosphere and although the Hound is explained away, it is the closest thing in the canon to my own stories.

Plus, it's longer than the short story canon tales, so would keep me occupied for longer in my hammock, and would have more useful sheets of toilet paper.


IHOSE:  What are your current projects?

WM: I've got a short supernatural Holmes novel, The Dreaming Man, coming next year from Dark Renaissance - once again with great illustrations by Wayne Miller, and once again something that will really annoy the purists. I think that'll be me finished with Doyle pastiches for a while - I'll have The Quality of Mercy collection, the three London Terrors novellas and this new novel as well as the Challenger collection.

I intend to do more Carnacki though, as I love them even more than the Holmes and Challenger worlds, and I want to do a 3rd collection at some point soon.

Apart from that, I've got a supernatural Ripper story coming in The Mammoth Book of Jack the Ripper Stories, several secret projects in the pipeline at Dark Renaissance, and 2 novels still to write in my current contract with DarkFuse.

Also, Dark Renaissance is running a deal through August: For $25 you can you get both my Sherlock Holmes books The London Terrors trio of novellas and The Quality of Mercy short story collection - nice signed limited edition paperbacks, illustrated by Wayne Miller - and free shipping if you're in the US.

William Meikle is a Scottish writer, now living in Canada, with twenty novels published in the genre press and over 300 short story credits in thirteen countries.

He has books available from a variety of publishers including Dark Regions Press, DarkFuse and Dark Renaissance, and his work has appeared in a number of professional anthologies and magazines with recent sales to NATURE Futures, Penumbra and Buzzy Mag among others.

His recent novel The Hole reached #3 in the Amazon Horror charts and looks to be well on the way to being another big success story.

Learn more about the author here.