Espionage: The Spies Among Us

'We are spies in an enemy's country' [REDH] 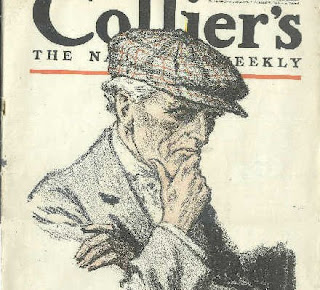 The young woman who led me to the steel interrogation chair was pleasant, but firm. If I would sit down and obey instructions, she wouldn't have to strap me in. I sat, and a male voice began asking me questions through a crackly intercom. I answered them. I had to: I was shown a shower pipe above my head and told that nasty things might come out of it. Uh-huh, the pleasant young woman nodded, it could happen. I answered more questions.

And I knew for certain that I was in this predicament because a close friend — a woman, I need hardly say — had handed me over for interrogation just for the fun of seeing whether I would crack.

While I was the focus of attention in this way, I was, unsurprisingly, not thinking about Sherlock Holmes. That came later. Certainly none of the authentic Holmes stories present such a cold-blooded and technologically enhanced interrogation scene. The steel chair and the intercom were of a 1960s, Cold War vintage, I'd say.

Still, think of Sherlock Holmes in his identity as Altamont, a double agent for the British and the Germans in the months leading up to World War I, as described in "His Last Bow." If a woman had betrayed him, he might well have ended up under ruthless interrogation, something involving knives and fists more likely than shower pipes. Such things did happen, as Holmes hints — but they did not happen to him: "Agents were suspected or even caught."

Spies figure in several other canonical stories, of course. Think in particular of "The Second Stain", published in 1904, in which a valuable state document is missing. "To whom would the thief take it?" Holmes asks rhetorically. "To one of several international spies and secret agents, whose names are tolerably familiar to me. There are three who may be said to be the heads of their profession." He names them: "Oberstein, La Rothiere, and Eduardo Lucas." The villain proves to be Lucas, who has blackmailed a politician's idiot wife into removing the letter from her husband's dispatch-box — a honey trap in reverse, one might say.

Published four years later, but set in surely the same era, is "The Bruce-Partington Plans", in which a traitor makes off with working drawings for a submarine, and turns them over to — whom? Holmes asks his brother, who sometimes is the British government, for "a complete list of all foreign spies or international agents known to be in England, with full address", and gets three names in return. Interestingly, two are La Rothiere and Oberstein, who are familiar to him from the previous case. Lucas, having perished in the course of the "Second Stain" events, has been replaced by "Adolph Meyer, of 13 Great George Street, Westminster."

Spies are implicit, though not mentioned, in "The Naval Treaty," and it is not difficult to see the presence of secret agents in at least three other tales, involving respectively Bohemia, Russia and San Pedro. (Details may be left as an exercise to the reader.) But for the most part Holmes's career involves crime rather than espionage — his war service as Altamont was a dramatic break with his previous work. (It is only fair to note that, in an article dating from 1994, Sherlockian scholar Carl Heifetz disagrees, calling Holmes "the world's first and most preeminent master spy".) Sherlock Holmes as an international agent really came into his own in the 1940s, with the later Basil Rathbone films in which Nazi agents are foiled time and time again. 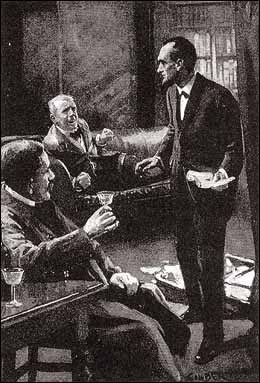 The incident that I describe in the opening sentences of this report really did take place, by the way. I found myself under interrogation in the concrete cellar beneath a notorious watering-place in downtown Milwaukee, an establishment known as the Safe House. 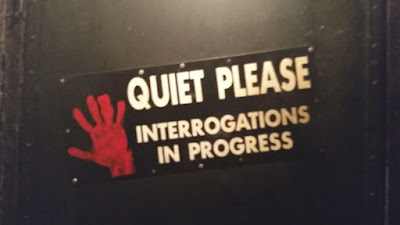 I was taken to the Safe House (I might almost say lured there) by a beautiful woman, a well-known Sherlockian in fact. She whispered a password to the staff member monitoring the entrance, and slipped inside leaving me to the fate of those who have to get by on sheer bluff.

I did make my way into the bar eventually, and had time to enjoy a drink and a slice of carrot cake (as well as the establishment's incredible decor of spy memorabilia, trickery, false doorways and surprises) before my companion gave me away. The walk down the metal staircase to the basement followed. As for the rest of the events, we must have an amnesty in that direction, I think.