"the adequate cataloguing of one of those cabinets" [3GAR] 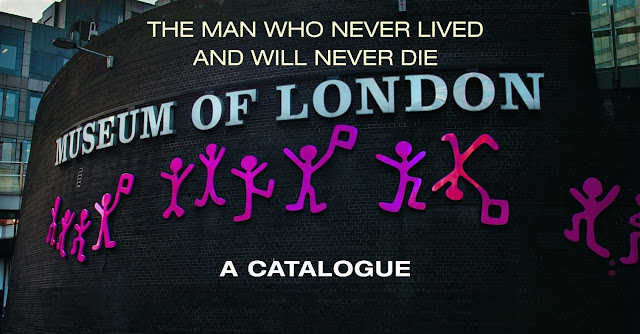 Did you manage to make it to London between October 2014 and April 2015? Neither did we. What we missed was the Sherlock Holmes exhibit at the Museum of London. However, we heard from many readers and listeners who did, and they were universally thrilled at the visit.

The exhibition was remarkably well done, and it included everything from props and costumes from the BBC's Sherlock to original Conan Doyle manuscripts and Sidney Paget illustrations. Material was culled from around the world, from collectors and institutions alike, and it made for what was probably the most heralded Sherlock Holmes display since the Festival of Britain of 1951 that brought us the recreation of the sitting rooms at 221B Baker Street - a set that is now housed by the Sherlock Holmes Pub.

But don't fret if you missed the opportunity to see all of these remarkable items together in one place. Now, courtesy of the Baker Street Irregulars Press is a remarkable catalogue - Sherlock Holmes: The Man Who Never Lived and Will Never Die - The Museum of London Exhibition. 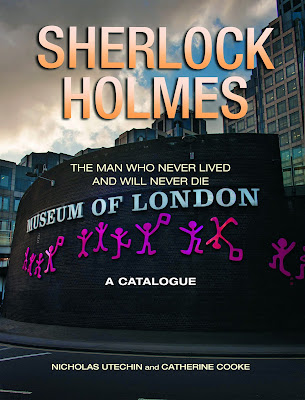 Compiled by Nicholas Utechin, BSI ("The Ancient British Barrow") and Catherine Cooke, BSI ("The Book of  Life") with a foreword by Alex Werner, the Exhibition's curator, this volume provides an illustrated record of the Exhibition and the "wonderful stuff of Sherlockian collecting fantasy."

Highlights include the two most important sheets regarding the birth of Sherlock Holmes, three original Holmes manuscripts, two Beeton's Christmas Annuals, eight Sidney Paget original drawings and one by Frederick Dorr Steele. Accompanying the illustrations are the compilers' comments, as well as selected Museum of London captions and contributions by Glen Miranker, BSI ("The Origin of Tree Worship") and Constantine Rossakis, BSI ("St. Bartholomew's Hospital").

We plan to buy one, even though the BSJ (our sponsors) didn't send us a review copy. (cough)


And just in case you wanted to see more, below are some images from Douglas Wilmer's visit to the Exhibition earlier this year, courtesy of the Sherlock Holmes Society of London's Flickr account. 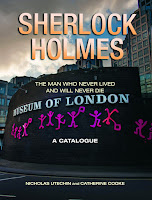