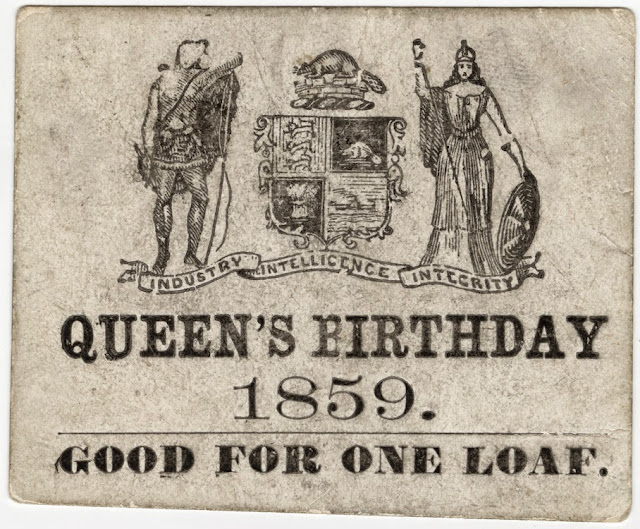 Today -- Monday, May 18 -- is Victoria Day in most of Canada, an occasion that patriotic citizens celebrate by shooting the initials "VR" into the sitting-room wall.

Well, maybe not quite that. In my experience, people who own cottages mark the Victoria Day long weekend by "opening up" the cottage for the summer season, and those who don't have cottages mark the day by cleaning the spiders out of the barbecue and stocking up on beer. In fact the event is often informally called "the May two-four weekend", referring both to its traditional date, May 24, and the standard size of a carton of beer, 24 bottles and known as a two-four.

The holiday honors Queen Victoria, who was born May 24, 1819, and reigned from 1837 to her death in 1901. The queen was clearly important to Sherlock Holmes, and not only because of the famous "VR" which Watson mentions with disapproval in "The Musgrave Ritual". (And wouldn't we like to know what Mrs. Hudson thought about that exercise in marksmanship!) 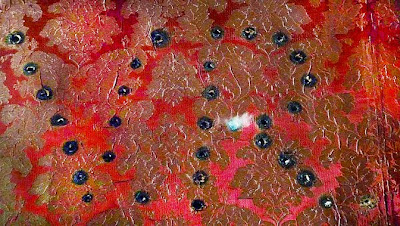 Holmes had a closer brush with the queen at the end of "The Bruce-Partington Plans": we are told that he "spent a day at Windsor, whence he returned with a remarkably fine emerald tie-pin. When I asked him if he had bought it, he answered that it was a present from a certain gracious lady." Windsor Castle, west of London, was Victoria's favorite residence in her later years, and politicians as well as consulting detectives were obliged to go there if the Queen had business with them.

As happens so often in the stories, Holmes foreshadows that ending by something he says earlier in the same tale: "All the queen's horses and all the queen's men cannot avail in this matter." References to the queen (and the Court of Queen's Bench, and arrest "in the queen's name") are a canonical commonplace.

But Victoria was, if anything, more important to Canada than to Britain, for in the mother country she counts as merely one in a thousand-year sequence of monarchs. Canada, on the other hand, was essentially built during Victoria's reign, and is the only country where her birthday has become a public holiday. In the very year she came to the throne, the Rebellion of 1837 in what is now Ontario led to concessions in the direction of democratic government. (Quebec had a similar rebellion the following year.) A national government for Canada was organized thirty years later, as Victoria signed the British North America Act and personally selected a tiny remote lumber town to be the capital city, now called Ottawa. The country has not one but two major cities named for the queen, Victoria (in British Columbia) and Regina (in Saskatchewan). VR, remember! 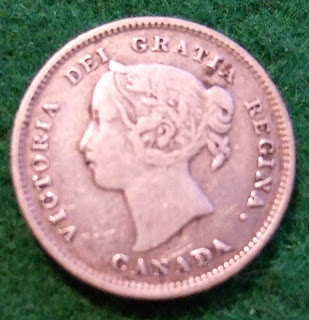 As a result, Victoria's birthday was a holiday from the country's earliest years. My mother can remember a rhyme that children still chanted in the 1920s:
Twenty-fourth of May,
The queen's birthday!
If you don't give us a holiday
We'll all run away!

The "Queen's Birthday" was renamed Empire Day after Victoria's death, and more recently it became Victoria Day. It's now celebrated on May 24 only if that day falls on a Monday; otherwise it falls on the Monday just prior.

Until about twenty years ago, it was traditional to set off fireworks on Victoria Day, but that part of the celebration has now, under the influence of Independence Day south of the international border, been shifted to Canada Day on July 1. There are, really, no civic events associated with Victoria Day, just the cottage-opening and beer-drinking . . . and, perhaps, here and there, a little reading of Sherlock Holmes.