"he had created a local hero" [VALL] 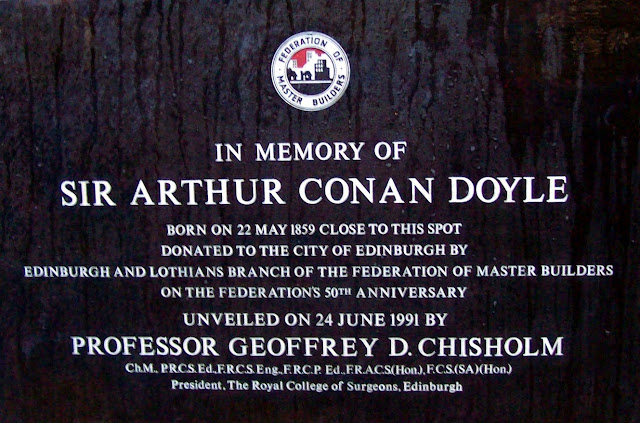 On May 22, 1859, Arthur Igantius Conan Doyle was born to Charles and Mary (Foley) Doyle in Edinburgh, Scotland.

Sir Arthur Conan Doyle was many things - a man of action who counted boxing, cricket, rugby and golf among his interests and one who pioneered the sport of downhill skiing. He was an explorer who sailed on an Arctic whaling ship and later on a cargo ship along the west coast of Africa. He was a war correspondent in Sudan, an army doctor in the Boer war and a front-line observer of World War I. And for 40 years, he was an ardent believer in spiritualism.

But it is as a writer that Conan Doyle is best known. While he desperately wanted to be known for his historical novels such as Sir Nigel and The White Company, or even his Brigadier Gerard and Professor Challenger stories, his name is more closely connected with his most famous creation, Sherlock Holmes.

In this historic video - and to our knowledge, the only existing footage of Sir Arthur Conan Doyle speaking - was shot three years before his death in 1930. Listen to what he has to say about the origins of Sherlock Holmes and more.


In honor of his birthday today (Sir Arthur would have been 156 years old), here are some useful links (but by no means comprehensive) to help you find out more about Sir Arthur Conan Doyle:

In terms of biographies, there are many, but more recent ones that we can highly recommend include:

You can listen to our interview with Jon and Dan from Episode 13 when we discussed Arthur Conan Doyle: A Life in Letters.