A Study in Fitzroy - Inspiration for a Canonical Character 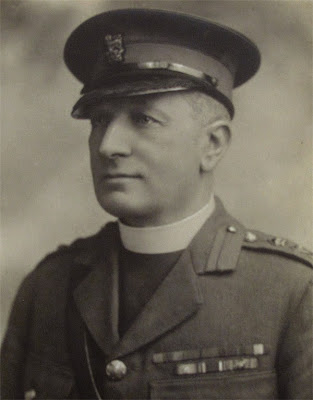 There were "some hundreds" of men named Henry Baker, according to "The Adventure of the Blue Carbuncle", but how many Fitzroy McPhersons would you expect?

The one we know is of course the hero of "The Adventure of the Lion's Mane", the victim of Cyanea capillata. But let me introduce you to the other Fitzroy Macpherson (note the slightly different spelling), who was — wait for it — a military chaplain.

Ewen George Fitzroy Macpherson was born in 1863 and educated at the University of Durham. He entered the Church of England clergy and served as a curate for four years, then joined the military chaplains' department and in 1892 was posted to Portsmouth, which is the home of the Royal Navy. He arrived in Portsmouth just too late to overlap with Arthur Conan Doyle, who had moved to Norwood in south London, but they must have had friends in common, perhaps through the Portsmouth Literary and Scientific Society, where ACD had first encountered Spiritualism and many of the other ideas that influenced his life.

And certainly ACD must have known about Macpherson during the South African War, in which the former was the harassed and unqualified doctor in charge of a field hospital, and the latter was chaplain for various British units. He served in Ladysmith during the famous three-month siege in 1899-1900, and came home from the war with two medals, eight "clasps", two "mentioned in despatches" distinctions and a promotion.

The case of the two Fitzroys was first noted by my father, Don Redmond, in Sherlock Holmes: A Study in Sources decades ago, but this more detailed information, and more, came to me from the very helpful David Blake, who is curator of the Museum of Army Chaplaincy at Amport, Hampshire. He was most interested to hear of a possible Sherlock Holmes connection to a long-ago chaplain — and I made a point of not spoiling "The Lion's Mane" for him by telling him exactly how Fitzroy McPherson, the one with "Mc" rather than "Mac" in his name, had met his painful end.

E. G. Fitzroy Macpherson was still a chaplain when World War I broke out, and served briefly with British troops in France before being called home to take an administrative job with what by now was the Royal Army Chaplains' Department. He retired from the armed forces in 1922 and died in 1926. 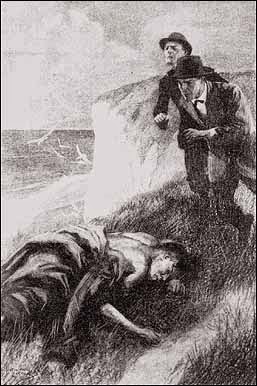 To be exact, he died November 28, 1926 — the day after "The Lion's Mane" had its first publication in Liberty magazine. (Publication in Britain, in the good old Strand Magazine, came a few days later.) This can't possibly be coincidence. It can only be that ACD heard of Macpherson's final illness in time to honor him by transferring his name to "a fine upstanding young fellow whose life had been crippled by heart trouble", the hero of one of his last Sherlock Holmes stories.