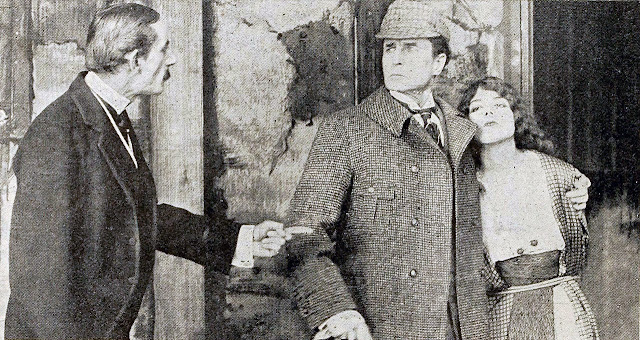 William Gillette famously wanted a love interest in his play "Sherlock Holmes", hence his telegram to Arthur Conan Doyle: "May I marry Holmes?" When he filmed the play in 1916, the silent movie that was thought lost but is  now being revealed to the world, Miss Alice Faulkner was there, ready to nestle up to Holmes in the final scene. The question is, who played Alice Faulkner in the film that we're all going to be seeing this year?
We have always known that the actress was Marjorie Kay. But, well, who was Marjorie Kay? The Internet Movie DataBase and similar sources tell little or nothing about her. The answer can now be revealed, thanks to inquisitive questions on my part and skillful genealogical research on the part of talented Sherlockian and historical researcher (and my good friend) Leah Guinn (her website is wellreadsherlockian.com and she's on Twitter as @LeahGuinn). 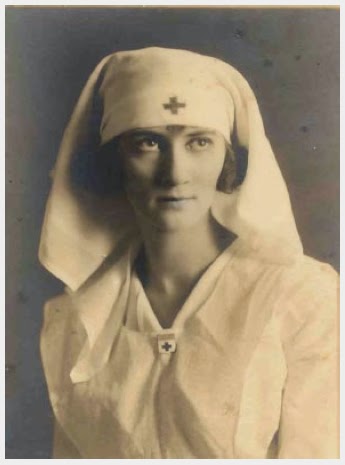 The most remarkable thing we've discovered is that when she made the 1916 film, starring opposite the 62-year-old Gillette, Marjorie Kay was 17 years old. But there's a lot more to her life story than one film. Some highlights: 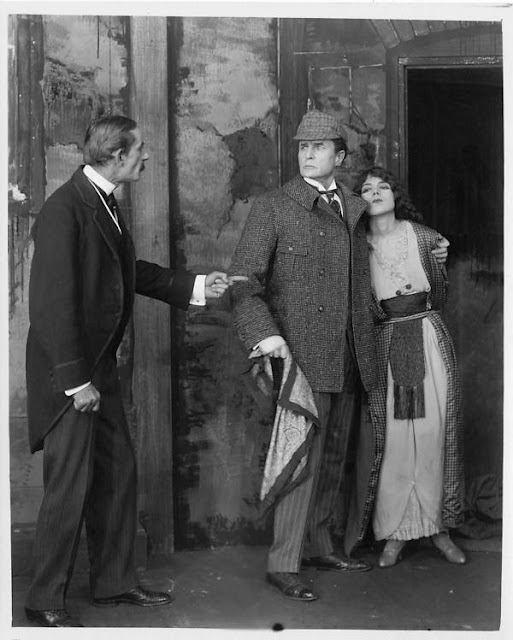 There you are — a few facts about the young woman who played Sherlock Holmes's love interest and was immortalized in celluloid. Totally absent from the evidence, so far, is any hint of how she got the role in the first place. There is clearly more of the story to be told, and our research is continuing.
If you're unable to attend the screening of Sherlock Holmes at the San Francisco Silent Film Festival this weekend, you won't want to miss an opportunity to pre-order the DVD and Blu-ray, which will be released in October.