"I met him by appointment that evening at Simpson's" [ILLU] 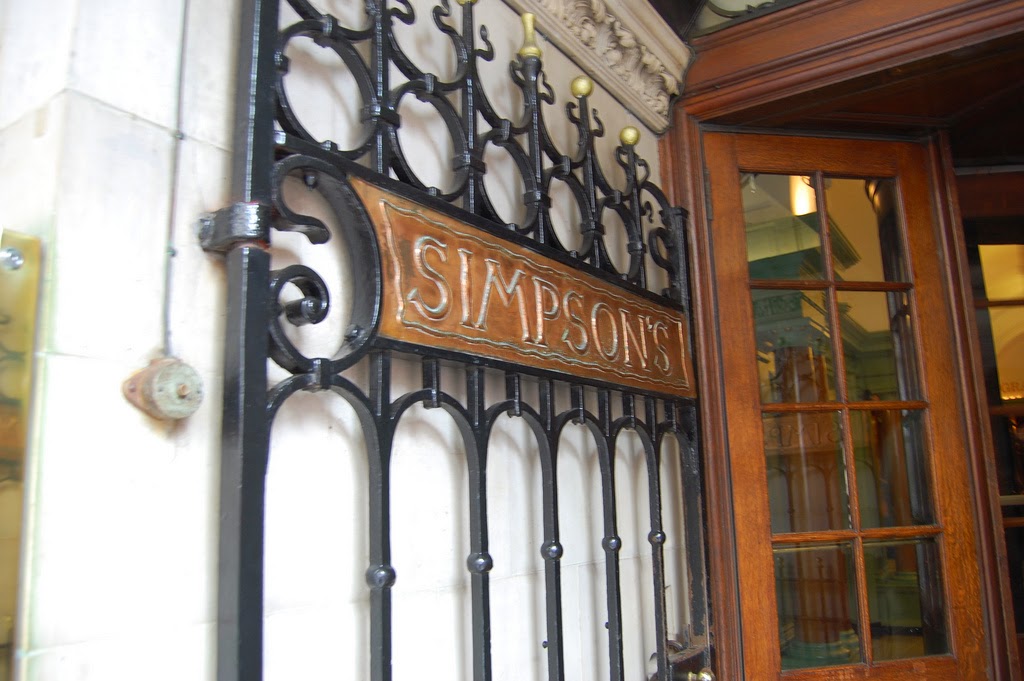 The unthinkable may be about to unfold.

Simpsons-in-the-Strand, one of the oldest restaurants in London, could disappear after 187 years. Its lease is owned by the Savoy Hotel, and under the search for a new operator, the hotel will not require that the name be kept as part of the deal. (The Telegraph)

For those not familiar with the venerable establishment, here's a blurb directly from its website:


Originally opened in 1828 as a chess club and coffee house - The Grand Cigar Divan - Simpson's soon became known as the "home of chess", attracting such chess luminaries as Howard Staunton the first English world chess champion through its doors. It was to avoid disturbing the chess games in progress that the idea of placing large joints of meat on silver-domed trolleys and wheeling them to guests' tables first came into being, a practice Simpson's still continues today. One of the earliest Master Cooks insisted that everything in the restaurant be British and the Simpson's of today remains a proud exponent of the best of British food. Famous regulars include Charles Dickens, George Bernard Shaw, Sir Arthur Conan Doyle (and his fictional creation, Sherlock Holmes), Benjamin Disraeli and William Gladstone. 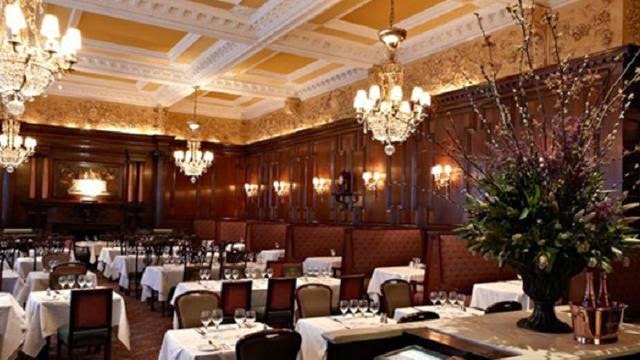 Of course we know that Holmes visited the establishment in at least two stories: he suggested Simpson's as a meeting place with Watson, where the latter found him "sitting at a small table in the front window, and looking down at the rushing stream of life in the Strand". [ILLU]

And again in "The Dying Detective," after his prolonged fast concluded - but not before a visit to the police station to wrap up the case against Culverton Smith.


But Sir Arthur Conan Doyle was not alone in recommending Simpson's in the literary world. In Something New, P.G. Wodehouse wrote:


Simpson's in the Strand, is unique. Here, if he wishes, the Briton may, for the small sum of half a dollar, stupefy himself with food. The God of Fatted Plenty has the place under his protection. Its keynote is solid comfort. It is a pleasant, soothing, hearty place – a restful temple of food. No strident orchestra forces the diner to bolt beef in ragtime. No long central aisle distracts his attention with its stream of new arrivals. There he sits, alone with his food, while white-robed priests, wheeling their smoking trucks, move to and fro, ever ready with fresh supplies.

While this temple of food contains many menu items that will soothe even the most is probably most fussy of foodies, it is most notable for its signature Roast rib of Scottish beef, Savoy cabbage, Yorkshire pudding and horseradish. If you've never experienced it, we absolutely insist that you make it part of your pilgrimage the next time you're in London.

At this point, the future of the name of the establishment is not clear. But we hope that if things take a turn for the worse, we can count upon you, dear reader, to help us mount a defense of this historic and literary landmark.

And in case you'd like to see what goes in to the preparing and carving of the rib of beef, here's a butchery masterclass from Simpson's head chef Mark Farquhar: