"let us escape from this weary workaday world" [RETI]

There are a new series of amusement centers being opened around the USA called The Great Escape Room and they offer a variety of amusing "Problems" for solution by groups.

At present, Centers are open in Orlando and Miami, Florida and in Royal Oak, Michigan. New centers will be opening soon in Washington, D.C. and Tampa, Florida and plans are underway for centers in Chicago, Illinois, Grand Rapids, Michigan and other sites as well.

Centers consist of a selection of game "Rooms," each of which offers a problem in observation, cooperation and logic to the group admitted to the room. Each group is made up of ten or more persons, selected beforehand by agreement or chosen from arrivals at the time the room opens. Each group is accompanied by an on-site monitor who will present the problem and provide occasional guidance or comments. 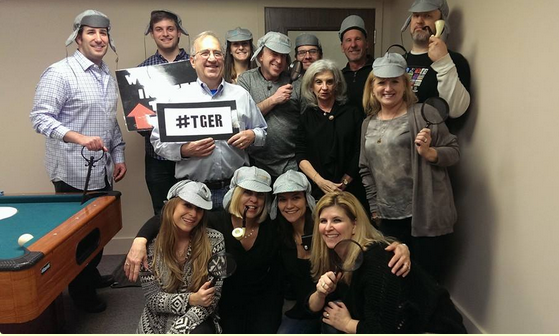 Each group is allowed only one hour to solve the problem successfully and to discover how to exit the room. So far, only about 20% of groups have succeeded in leaving the rooms before the hour is
up, and the fastest time in doing so is 37 minutes, 20 seconds. Clearly, the problems presented are simple.

The first room made available in all new centers is "The Library (Sherlock's Study)" and others are added as the traffic and site construction warrant. The current problem offered is to evaluate whether the entering group have the talents and intelligence needed by "The Great Detective" to aid him in his coming conflict with "The Professor." According to the site:

Put your skills of deductive reasoning to the test and see if you can be selected as an apprentice for the legendary Sherlock Holmes. Sherlock is an eclectic collector of items from around the world. Although they may seem random, in Holmes’ cunning mind, they all have a purpose. It is your task to unravel the mystery set before you and join The League of the Masters of Elementary Deduction.

Other rooms present other problems. As rooms are added to each center, the same problem will be presented in similar rooms at each location. As time goes on, it is planned gradually to replace problems with different scenarios at all similar rooms. 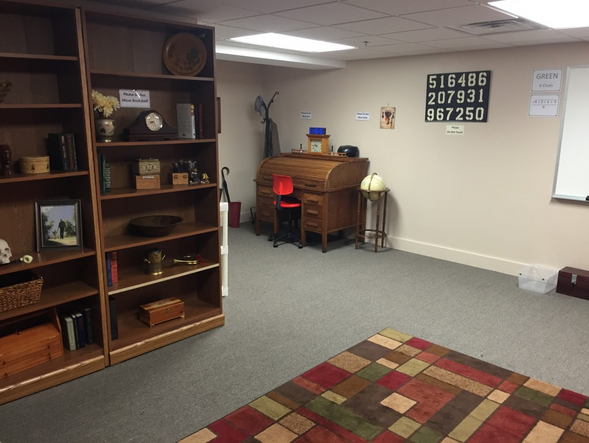 The current "Library" scenario seems made to fit the talents and interests of Sherlockian groups and management have indicated their willingness to keep track of times achieved by various groups, especially if those groups have common interests. This sounds like a perfect outing for your local Sherlockian group - particularly the Pleasant Places of Florida and the Amateur Mendicant Society of Detroit! And with further rooms coming online, some intrepid Sherlockian should work with the management of The Great Escape Room to see which Sherlockian society has the fastest escape time.

Discounts are available for planned group outings (minimum, 10 people) and for weekday scheduled attempts. Most sites are open Friday, Saturday and Sunday with attempts scheduled at 2-hour intervals. Further, most sites are also open one weekday evening as well.

[A tip of the deerstalker to Philip Jones, who first shared this nugget on HOUNDS-L.]