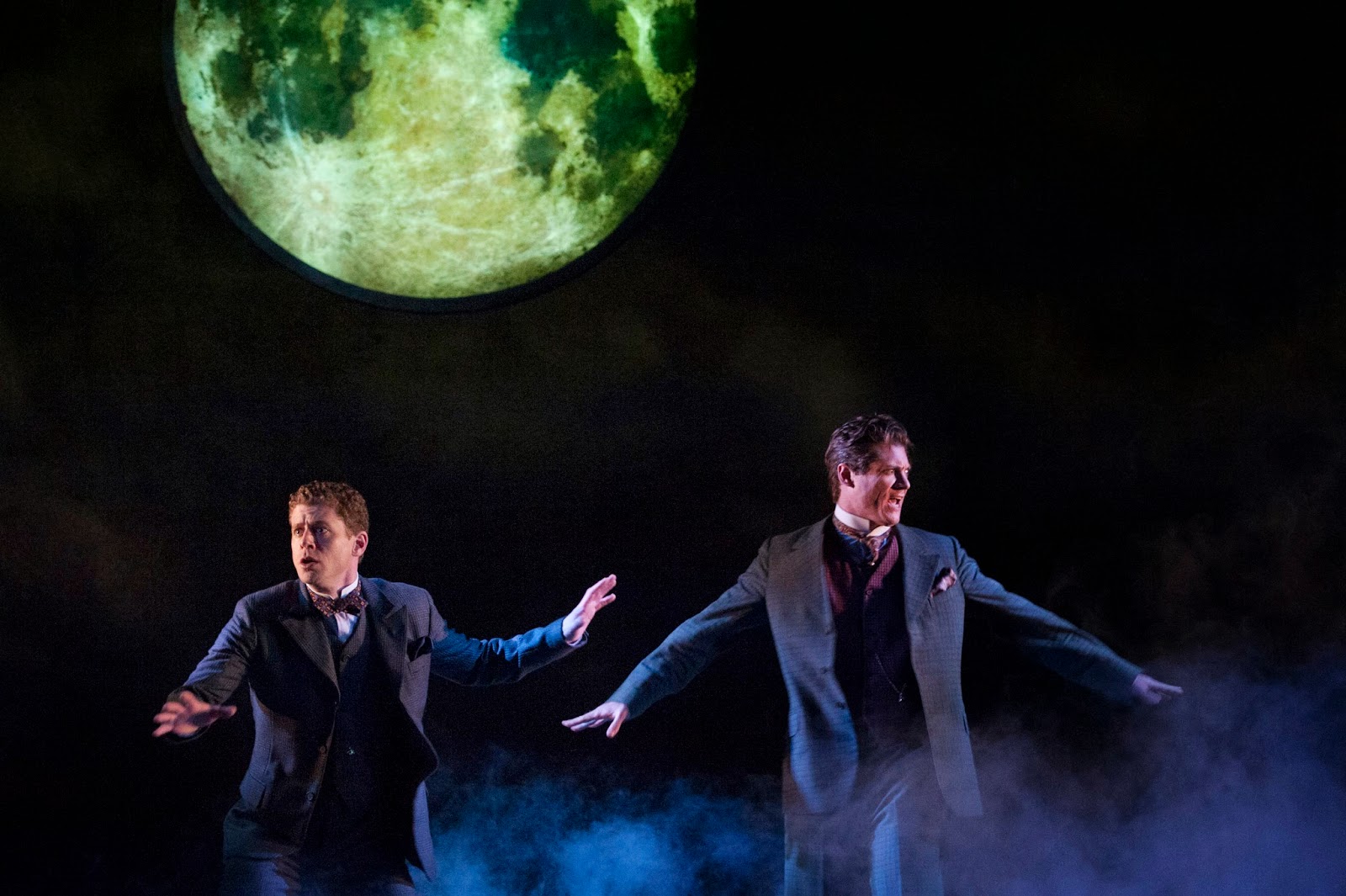 Theatrical Sherlockians probably know Ken Ludwig best for his play The Game's Afoot, which focused on William Gillette and won an Edgar® Award from the Mystery Writers of America for the best play of 2012.
More widely cultured individuals know that he is an internationally-acclaimed and Tony® Award-winning playwright whose work has been performed in more than 30 countries in over 20 languages. He has had six shows on Broadway and six in the West End - including Lend Me a Tenor, Moon Over Buffalo, and Crazy For You.

Ken Ludwig was kind enough to join us on the show to discuss his latest project: Baskerville: A Sherlock Holmes Mystery directed by Amanda Dehnert, which opens the Arena Stage in the Kreeger Theater in Washington, DC before moving along to McCarter Theater Center in Princeton, NJ. The previews run January 16 - 21, 2015 and tonight - January 22 - is its official opening night at Arena, running through February 22. The play runs at McCarter Theater from March 10 - 29, 2015.

He describes the production as an adventure with comedic exuberance, and one that is as much about the theater as it is about Sherlock Holmes and Dr. Watson. And with just five actors playing 40 parts in a variety of accents and disguises. But Ludwig is quick to note that it is respectful of the characters and of Sir Arthur Conan Doyle.

Questions naturally arose as the discussion continued: How does one represent such various settings as railway stations, Dartmoor, Baskerville Hall, the streets of London, etc. that are vastly different from the traditional "living room / sitting room" setting we're used to seeing in the theater? How is the hound brought to life? We also probed at what initially drove Ludwig to Sherlock Holmes and discovered that he managed to work the character into his professional life fairly quickly.

When we asked Ken answered to the questions of why The Hound of the Baskervilles and why now with: "There's a Hound in all of us."

Listen in for the full conversation and see the links below to buy tickets in Washington or Princeton. And if you live on the west coast, Ken mentions a summer appearance in San Diego...

Burt and Scott also discuss just a smidge of the BSI Weekend - including the first-ever appearance of a selfie stick at the event - and ask for your input on our programming. The Editor's Gas-Lamp this time is a variant: the poem "The Detective's Farewell" from the June 1974 issue of The Baker Street Journal (Vol. 34, No. 2).

Please subscribe to us on iTunes, Soundcloud, Stitcher or Spreaker and be kind enough to leave a rating or review for the show. And please tell a friend about us, in any fashion you feel comfortable.


And above all, please let our sponsors know that you heard us rant and rave about their excellence during the program: Wessex Press (check out the new Sherlock Holmes and Conan Doyle in the Newspapers Volume 1) and The Baker Street Journal, where you should get your annual subscription in now to secure all four issues and a very special Christmas Annual.