Fight Card: Blood to the Bone - A Review 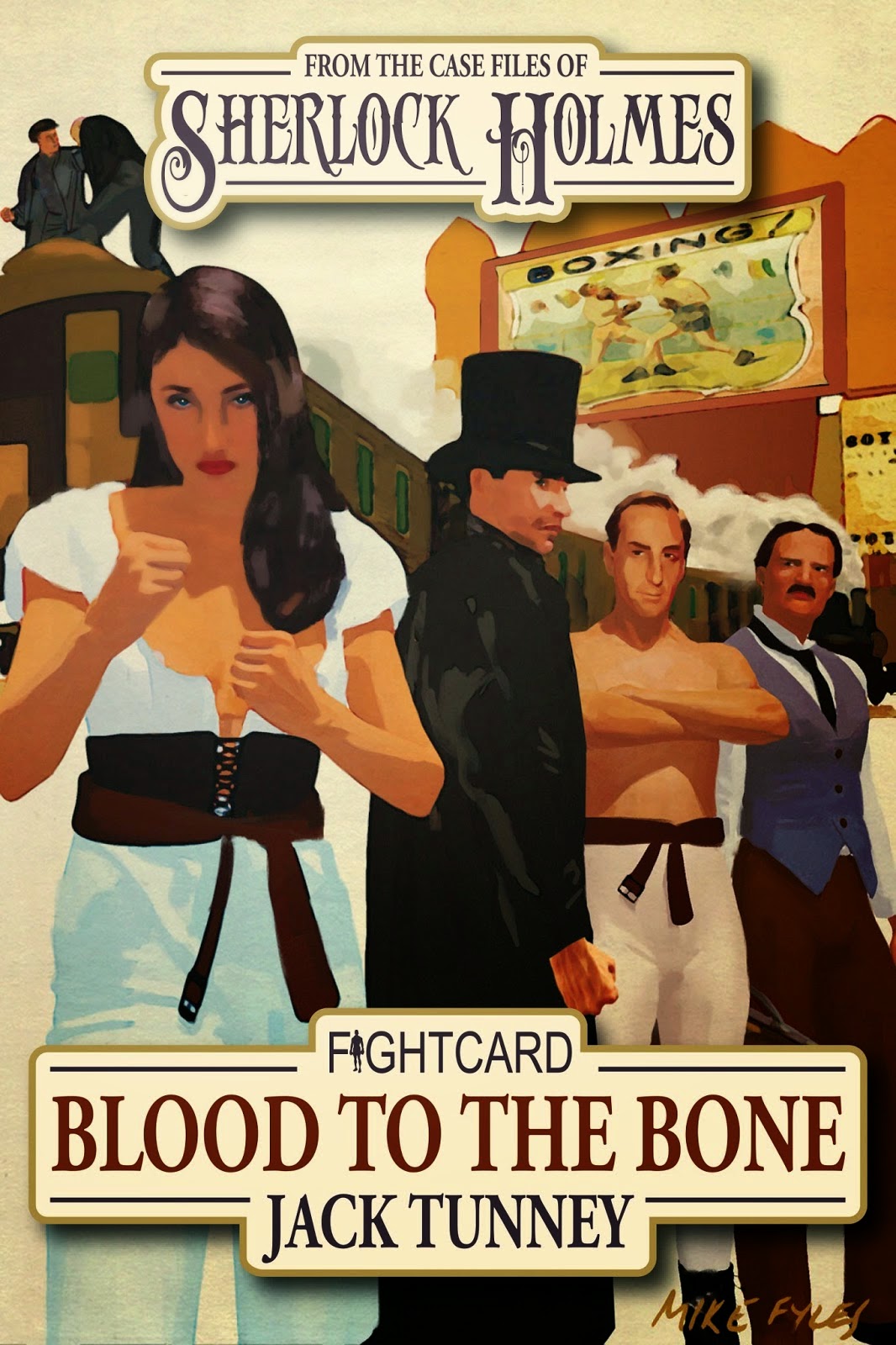 In his previous Fight Card entry Work Capitol, Andrew Salmon (writing under the name Jack Tunney) described Sherlock Holmes' investigations in the shadowy world of Victorian bare-knuckle boxing. In his latest entry, Blood to the Bone, Salmon tells a tale that not only would fit within the accepted canon of Holmes, but transcends pastiche and becomes a full-blooded rival to Conan Doyle's work.

Taking inspiration in part from Sir Arthur Conan Doyle's own  novel Rodney Stone, Salmon's Blood to the Bone focuses on the world of female bare-knuckle fighters. When a female puglist's husband disappears, Sherlock Holmes and Doctor Watson find themselves involved for differing reasons and motivations (Holmes belives it to be open-and-shut, and Watson gets involved in his own unique way via a circus). However, as Holmes and Watson progress, they find that a simple matter of disappearance can have the most dire consequences...

Salmon writes an exceptional Holmes tale, achieving a tone that transcends pastiche and feels very much like classic Holmes. In focusing on an unknown aspect of Victorian history, Salmon creates a series of lively characters including female boxer Eby Stokes, who is one of the more unforgettable creations in recent Holmes lore. (Read the appendices after the story, and you'll learn more about why she is so unforgettable). The plot moves at a good pace, there are plenty of revelations, and in short - this is a really good Holmes story.

You might think that with a header called Fight Card, Andrew Salmon's story might be more about conflict than deduction...but this is one tale which is a delight to read for all Sherlockians.