"We're well up with the times in Sussex." [VALL] 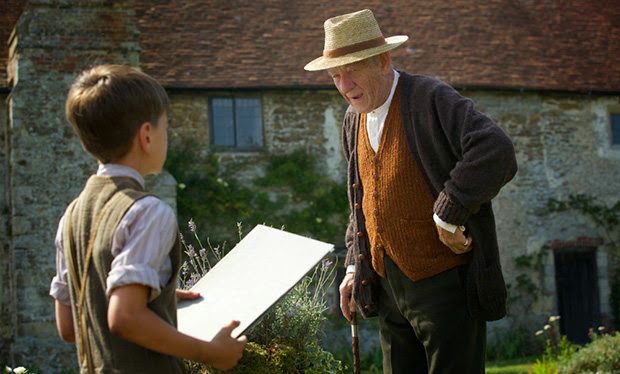 As has been reported here last year year, Ian McKellen has been cast as the elderly Sherlock Holmes in the movie adaptation of Mich Cullen's excellent pastiche, A Slight Trick of the Mind (I promise I'll have a book review done soon.).

While we've seen some press photos from the set, but we've treated to a little behind the scenes tweet from Mr McKellen as Mr Holmes.


Filming has concluded and the film is now in post-production phase. It is expected to be released during the Berlin Film Festival in February 2015.

What are your expectations for the film and its presentation of a nonagenarian Sherlock Holmes?