"His name is very familiar." [THOR] 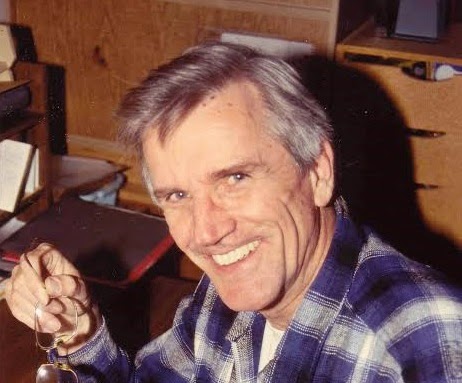 [Editor's note: the following was submitted by James Suszinski, BSI.]

He was born in Passaic, New Jersey and lived in Edison, New Jersey for 35 years.  He earned his B.A. degree from Rutgers University.  George was a veteran of the Air Force, serving in Asia.  He began his career as an FBI agent and after dedicating many years in service of the public, he retired. George is survived by his wife, Barbara and his son Chris.

George was a passionate Sherlockian.  The world of Sherlock Holmes was opened to him when, as a boy he discovered the book, The Hound of the Baskervilles, in his attic.  From that point on, he devoted himself to keeping the memory of the Master green.  George was a member of the Scandalous Bohemians of New Jersey and received "The Order of the Adler award."  He was also a member of Mrs. Hudson's Cliffdwellers of New Jersey where he received awards for his contributions to the society.  He received his investiture in the Baker Street Irregulars as "J. Neil Gibson" in 1979.

George was a member of the American Legion Post 471 in Iselin, New Jersey and a dedicated civil war enthusiast.  In that respect, he served as a trustee of the Abraham Lincoln Society of Jersey City and was a member of the Robert E. Lee Civil War Round Table of New Jersey. Extremely knowledgeable in all aspects of the Civil War, he generously shared his enthusiasm of the subject with his friends.

George  enjoyed cooking and became quite a chef.  He invited his friends to his home and prepared delicious meals for them to share with him.  Sharing those times with George is something that I will always remember.

George was especially proud of his son Chris, who is currently serving in the Army in Italy and is an Iraq War veteran.  He enjoyed sharing pictures and stories of Chris’s adventures overseas.

I feel privileged to have known George and to have been his friend.  George will be missed by all who knew him.