Horowitz's Moriarty Is an Ingenious Thriller

"Sit down, and tell me how you came alive out of that dreadful chasm." [EMPT] 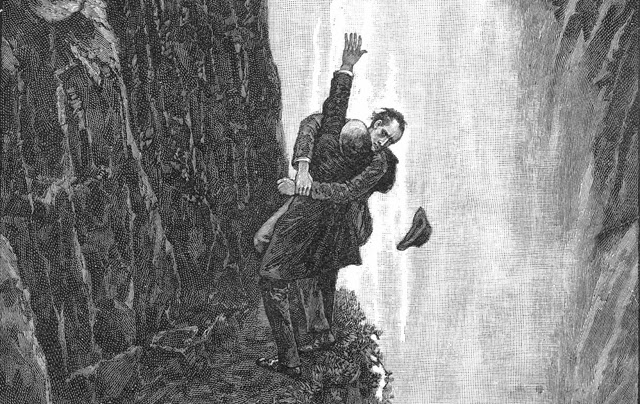 Reliable narrators are a rare breed, a fact that many of Dr. Watson’s readers will endorse with a knowing grumble.  That’s why we greet gladly the first-person voice who kicks off Anthony Horowitz’s Moriarty, (Amazon US | Amazon UK) by asking "Does anyone really believe what happened at the Reichenbach Falls?" Pinkerton's Frederick Chase is in Switzerland five days after the final struggle between Holmes and Moriarty. He begins his tale by modestly suggesting he may well fall short of Watson’s standards of accuracy and entertainment. Watson’s standards of accuracy? Now, wait a minute. That passing reference should be enough to put the cognoscenti immediately, and as it turns out, appropriately, on guard.

On the surface, Chase is following the trail of a planned alliance between Moriarty and a mysterious American criminal mastermind. But as you might suspect, there are wheels within wheels in this imaginative tale, and we soon find ourselves back in Baker Street, or at least around the corner from Baker Street. While Chase may seem out of his depth in what he describes as his first visit to Europe, Scotland Yard’s Athelney Jones is not, and we are soon rattling through the streets of 1891 London in pursuit of shadowy villains.

Good Sherlockians may lament Holmes's absence from the scene.  Happily, the inspector from The Sign of the Four has learned a thing or two from his encounters with the great detective and is eager to demonstrate his new-found gifts. He reads much of the Pinkerton man's background and habits at a glance. Both Chase and the reader soon feel they are in good hands, and Chase begins to slip into a mode that might almost be called Watsonian.

Eager to pick up the trail of their opponent, Jones somewhat curiously lets Chase, a Bostonian working in New York, impersonate the recently-deceased Moriarty to make contact with the American gang. The critical reader may reasonably wonder about such small details.  As Chase suggests in his early dismantling of Watson’s account from "The Final Problem," these events may lend themselves to more sinister interpretations.


Reliably, however, Anthony Horowitz weaves the cinematic and well-paced tale one might expect from the screenwriter who created Foyle’s War, Midsomer Murders, and much more. 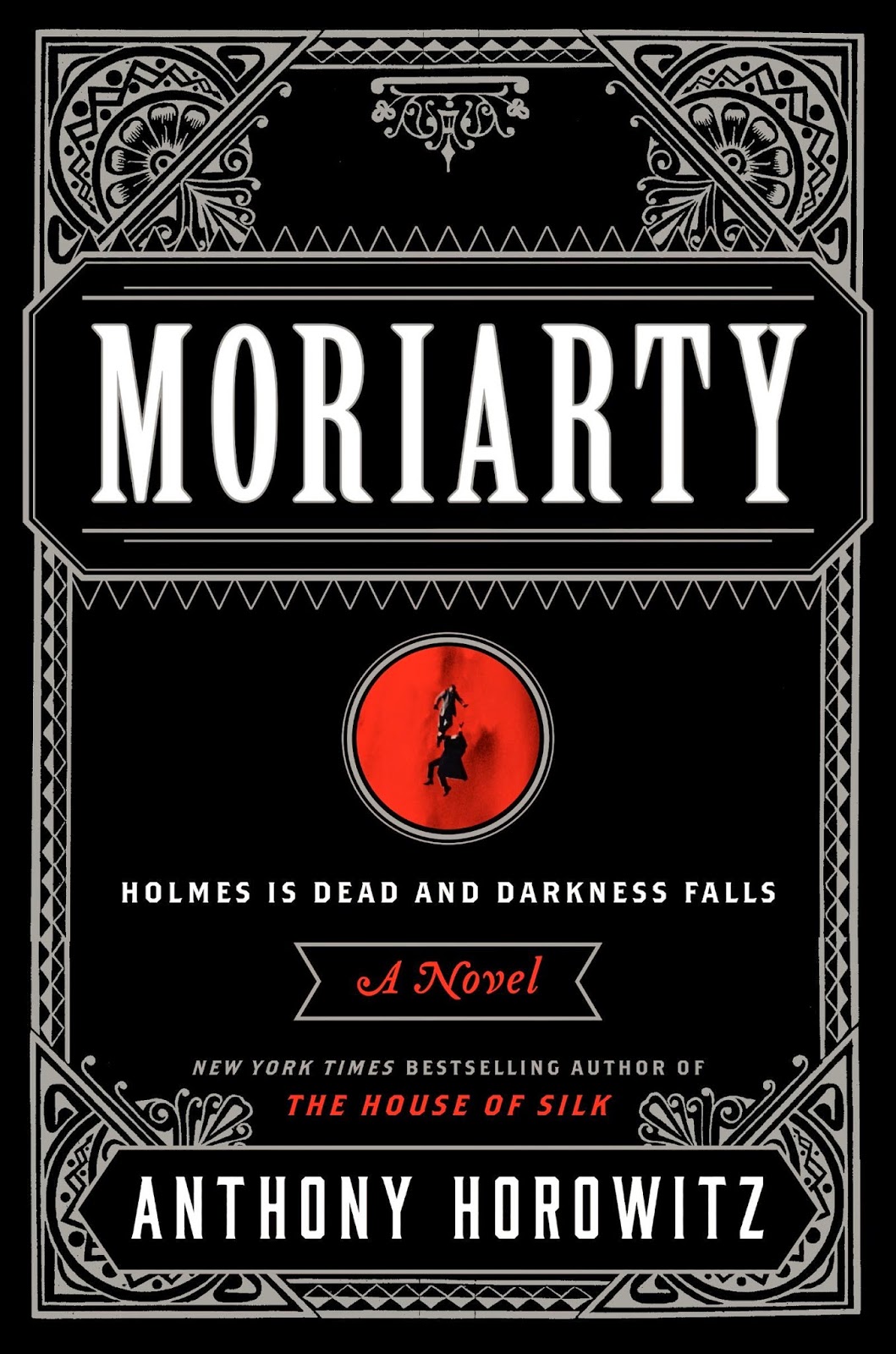 American gangsters have shaken up the London underworld from time to time, but none more so than the brutal and unprincipled gang whose trail Jones and Chase are following. We meet hit men and hooligans, kidnappers and assassins who imperil much of the city in new waves of violence.

Conspirators and scalawags from other cases are elegantly re-introduced, adding to the chaos of a London underworld turned upside down. Along with other elements familiar to readers of Watson's chronicles, including an ingenious coded message, these familiar characters make us feel right at home.

Keeping us on the edge of our seats is no easy feat, and Horowitz weaves in pursuits, cliffhangers and great escapes a-plenty. Along the way the two men develop a friendship,  and we learn something of Jones's home life.  For a time it even seems possible for the inspector to become history’s second consulting detective.

Respecting the time period, Horowitz is scrupulous with details. We learn early on that Chase is composing this account on a Remington Model Two typewriter, which was introduced in 1878 and sold through the 1890s. The requisite broughams, hansoms, and odd corners of London appear in crisp descriptions.

Orbiting many of Holmes’s cases were illustrious clients, a tradition that continues here as we meet Robert Todd Lincoln, son of the American president and ambassador to the Court of St. James.

Years ago S.S. Van Dine and others composed various rules for detective stories, chief among them that the author must play fair, put all the clues in plain sight, and give the reader an equal opportunity to solve the mystery.  The reader, of course, is supposed to be outwitted in the end, admiring the author’s ingenuity as the tale comes to a close. Horowitz’s ending indeed demonstrates considerable ingenuity, and an epilogue of sorts suggests several of these characters may be moving on to other adventures.

Depend upon it.  We have not heard the last of the cast of Moriarty, or its accomplished author.