"something else of Charles" [MUSG] 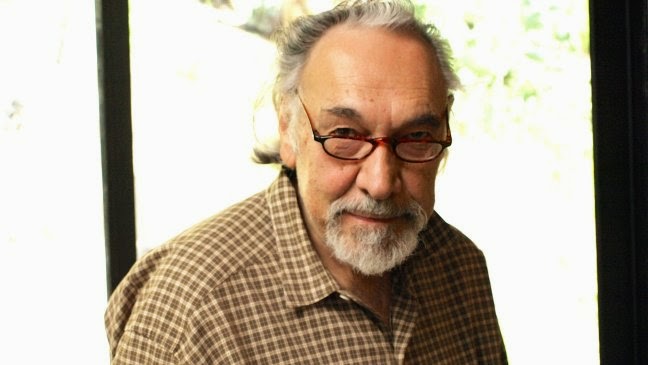 Director, playwright and critic Charles Marowitz died on May 2 in California at the age of 80.

Born in New York in 1934, by the 1960s he was part of the London theater scene and eventually mounted plays around the world. One of his assignments was a co-director of the Royal Shakespeare Company Experimental Group, where he may have felt the influence of the RSC's 1974 production of William Gillette's play Sherlock Holmes starring John Wood.

For in 1987, Marowitz wrote the spoof Sherlock's Last Case in just one week, and it played on Broadway from August through December of 1987, starring Frank Langella in the title role. 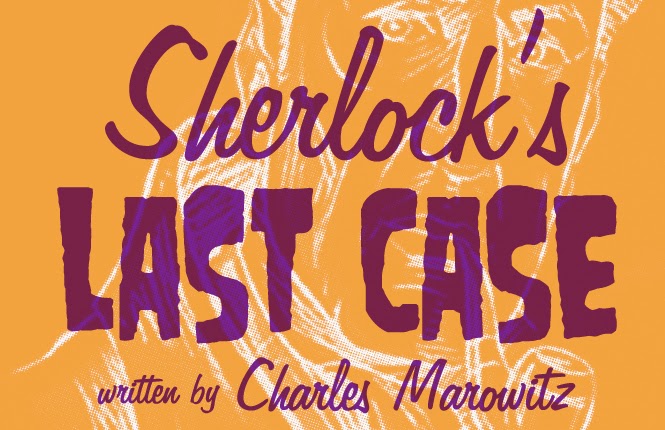 Of course, Langella was no stranger to Sherlock Holmes, as he played the part in the HBO production of William Gillette's play in 1981.


Sherlock's Last Case, directed by Charles Marowitz but attributed to "Matthew Lang", was first performed at the Open Space in London in March 1974, with Julian Glover, Peter Bayliss and Kate O'Mara in the leading roles - so it actually predated the RSC's production of Gillette's Sherlock Holmes. The version staged on Broadway in 1987 was revised and expanded from the original - and it was only then, 13 years after the play's first appearance, that Marowitz admitted that he was in fact the author.


Of the play itself, stageplays.com has this to say:


Picking up where the famous stories ended, the play centers on a death threat against Sherlock Holmes by the supposed son of his late nemesis, Professor Moriarty.

Oddly enough, however, Holmes is warned of the plot by Moriarty's daughter, to whom Holmes (who turns out to be quite a ladies man) is strongly attracted. The plot then twists and turns until Holmes finds himself imprisoned in a dank cellar, trapped not by young Moriarty but, to his shocked surprise, by the good Dr. Watson--who, it turns out, has long been bitterly resentful of his second class status as Holmes' lackey.

After Holmes' demise Watson comes into his own, or seems to, until a number of imposters turn up claiming to be the real Sherlock Holmes.

In sorting all this out the play mixes humor and suspense in equal amounts, leading to a stunning final twist which will surely catch audiences by complete and breath-stopping surprise. 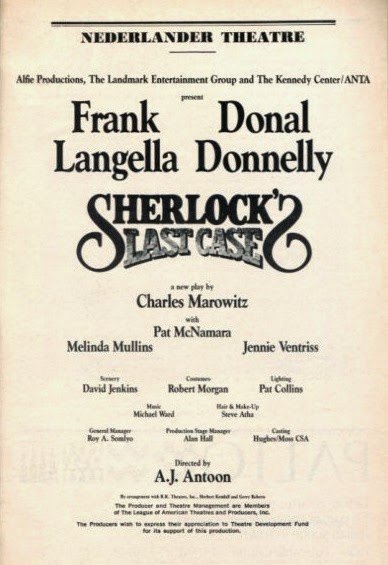