Would You Buy a Book from This Man?

"this advertisement from a local paper" [3GAR] 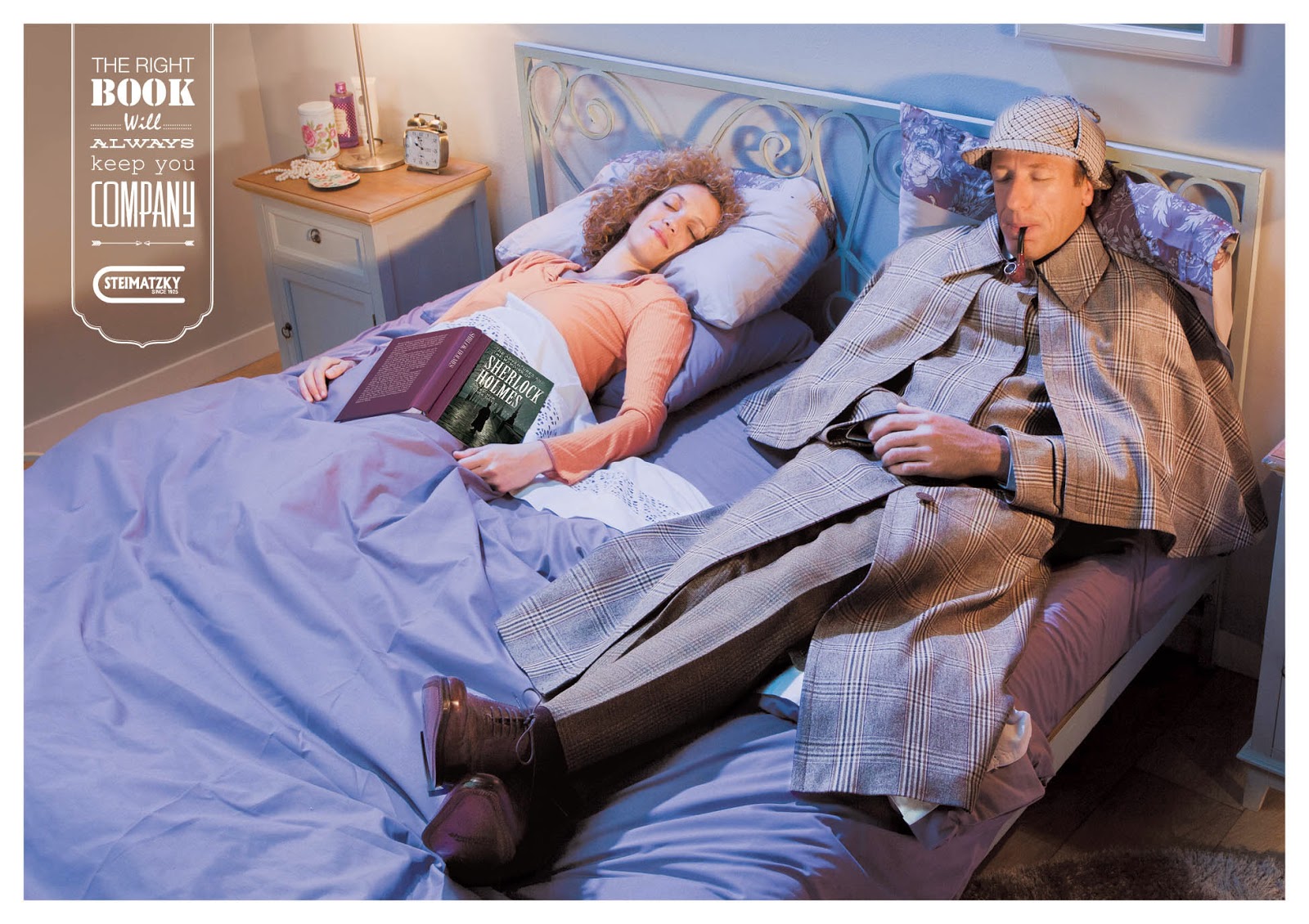 As we know, Sherlock Holmes has been used in advertising for more than 100 years. The sold-out 2009 Baker Street Journal Christmas Annual was all about the topic. (Which reminds us: you can't get the Christmas Annual as a standalone any longer - subscribe to the BSJ today and you'll receive the Annual bundled with your quarterly subscription).

Previously on these pages, we've covered how Sherlock Holmes was used in a visual campaign to encourage reading, so it should be no surprise that he's back at it.

Peter Blau kindly pointed out on Ads of the World that there is a campaign featured for Steimatzky Book Stores, the largest and oldest bookstore chain in Israel, under the tagline "Your book, your cast.". The idea is that everyone has his or her own vision of a character, so they're trying to fill the role of famous characters and are having casting calls: Sherlock Holmes, Don Quizote, Dracula and Red Riding Hood. 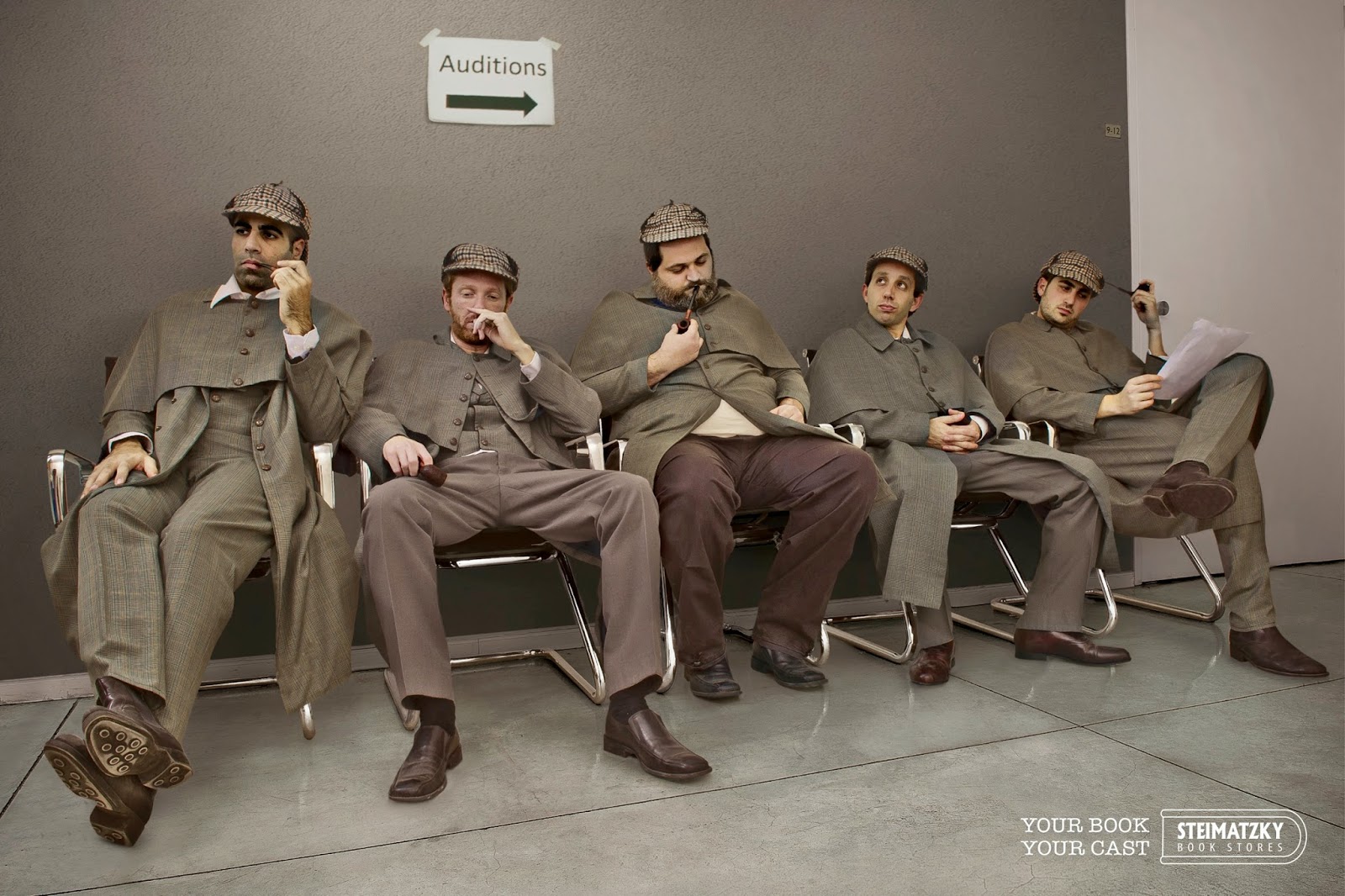 This is not the first time Steimatzky has featured the great detective; the lead image is from a similar campaign a few years ago, titled "The right book will always keep you company."

Are there any ads that you've seen with Sherlock Holmes featured?