"his reconstruction of this mysterious episode" [LAST] 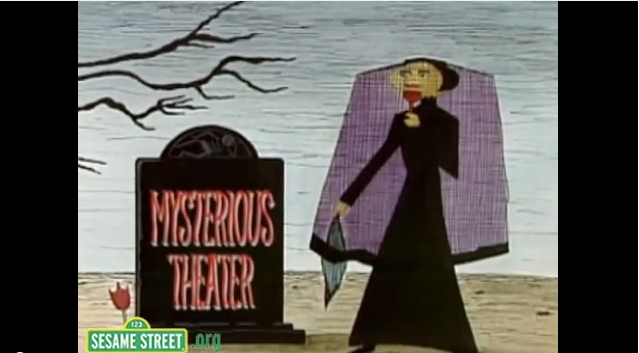 While we had an opportunity last week to look at Vincent Price and his introductions for Mystery on PBS, we thought we'd turn to another host who might be less well known to you.

We bring you, Vincent Twice, Vincent Twice, the host of "Mysterious Theater" on Sesame Street. A parody of the original series as well as of its host Vincent Price, the Muppet version can be seen in a in front of a fireplace, seated in a plush armchair and surrounded by candelabras in a dimly lit room. Naturally, he introduces Sherlock Hemlock, the world's greatest detective, who attempts to solve some mysteries appropriate for Sesame Street viewers.

Below we have a playlist of the four known episodes of "Mysterious Theater" starring Vincent Twice, Vincent Twice and Sherlock Hemlock: "The Missing Toast," "Dial M for Mother," "The Case of the Missing Cat" and "Circle Search."