"The disconsolate journalist had seated himself at a writing-table." [SIXN] 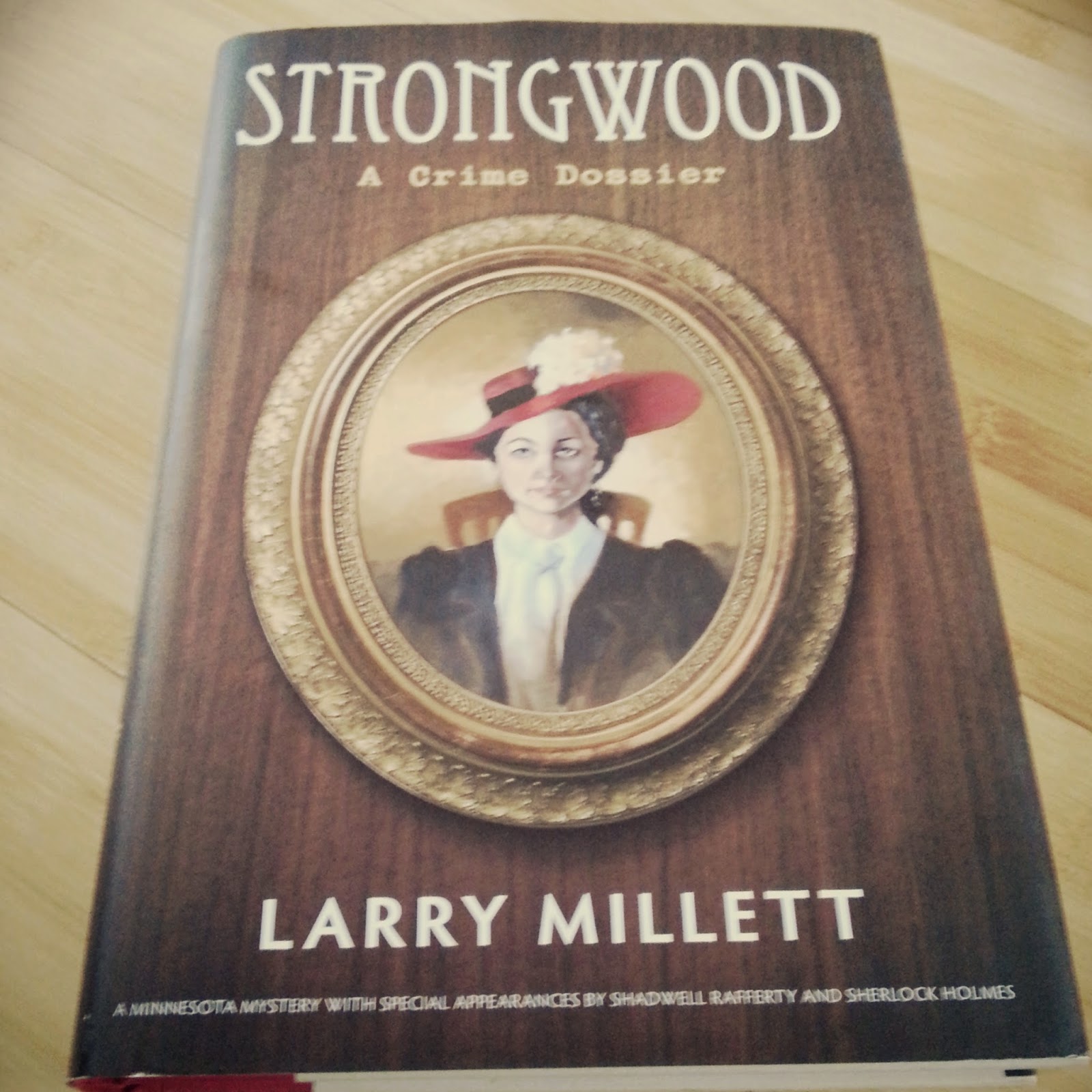 When I first heard of Strongwood: A Crime Dossier by Larry Millett, I didn't even think it was a Sherlock Holmes story. I quickly glanced over the description and just saw that it was about a young woman, Addie Strongwood, in a 1903 Minneapolis (yes really, Minneapolis), who reportedly shot her lover, Michael Masterson. It wasn't until I was assured it was a Holmes pastiche and went back and read below the fold to discover that for some reason Sherlock Holmes in in Minneapolis (no, seriously Minneapolis), and subsequently helps solve the case.

The story is told through a reconstruction of trial testimony, newspaper stories, Addie’s defense attorney journal entries, and her own account which is recounted in the Minneapolis Tribune. No really, the real Minneapolis Tribune. You see, as the author explains in the intro, this is a true crime story, that Millett has managed to weave Sherlock Holmes into. Well, that seems interesting.

Addie Strongwood, a working class girl has shot her upper-class lover and claiming self-defense. Through the story Millett build a mystery where the reader has to decide if Addie, a lower class working girl was the victim of rape or the perpetrator of blackmail against an upper-class member of society?

Sherlock doesn’t make an appearance until almost 100 pages into the book but, of course, makes a crucial discovery about the case. This part obviously didn't really happen. Well, actually it turns out, none of it happened. I know what I said earlier, but it's not actually based on a true crime, it's just written that way. Very convincingly. So much so, that you'll find many reviews of this book where people think it is real.

Larry Millett is a journalist in Minneapolis (yes a real journalist), and it is with that journalistic experience that he very convincingly writes the newspaper articles excerpted in the book, and even takes his deception to the level of writing in the introduction that this is a true crime that he stumbled across while researching his next Sherlock Holmes adventure.

Larry Millett is properly clever and creates a very engaging read with this book. Plus if you like the characters in the story, there are six other books featuring Sherlock Holmes and several of the other characters, most of them taking place in Minneapolis (no, I don't know why I'm giving Minneapolis such a hard time).