We have all been there. Perhaps you imagined Watson removing a decanter from the tantalus on the sideboard, pouring you a drink, adding a splash of soda water from the gasogene before inviting you to take a chair in the sitting room at 221B Baker Street. You also may be able to imagine the 'VR' on the wall, the wax bust of Holmes in the corner, and a violin carelessly left out of its case and much too close to Holmes’ glassware and chemicals on his lab table. But 'fess up – your imagination just isn't up to vividly re-creating the entire sitting room in your mind’s eye.

But if you build it, they will come. 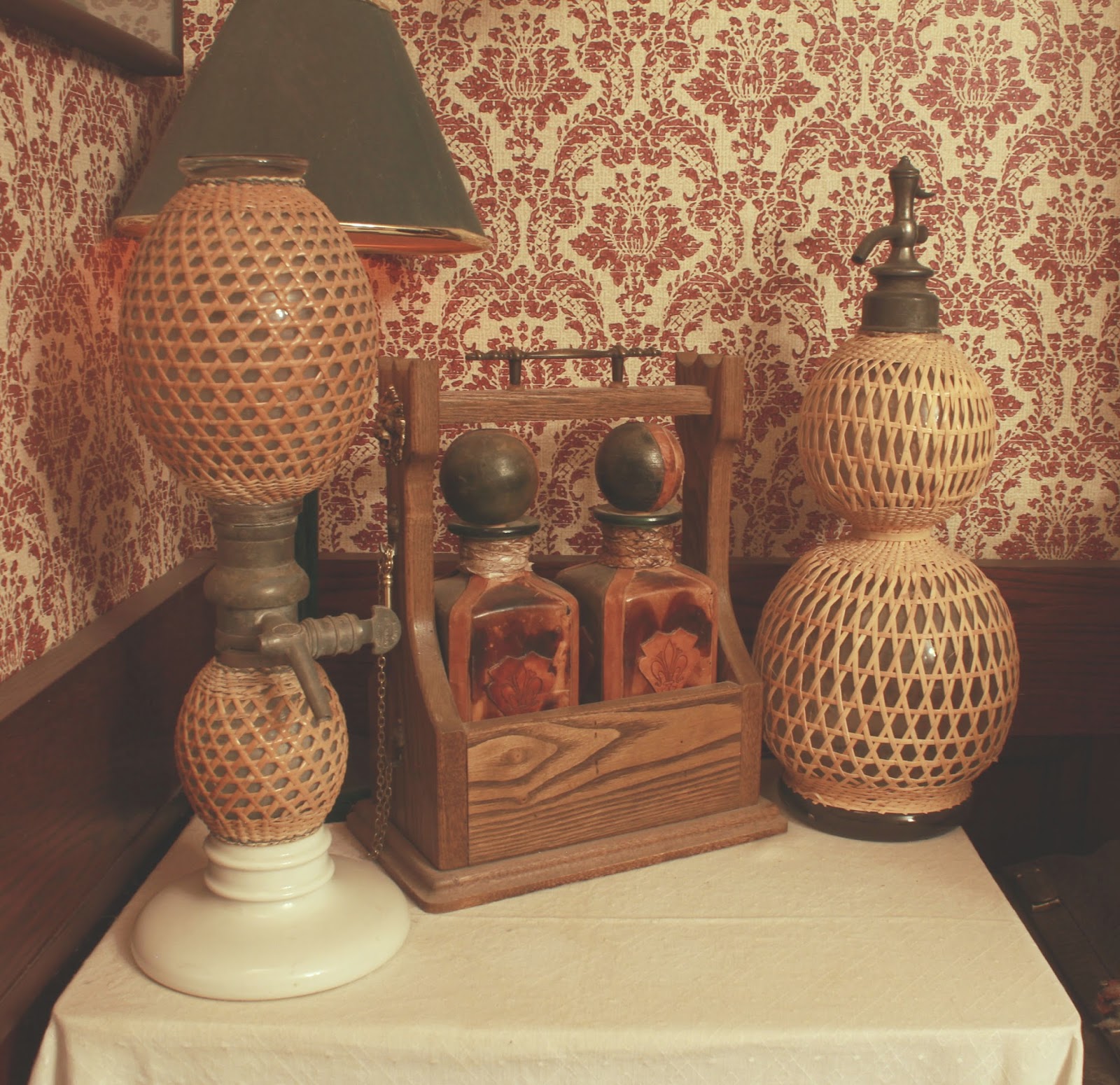 On Saturday, April 26, over 30 people attended the open house at 221B in Reading, PA, as Denny Dobry and his wife Joann showcased one of the most elaborate and complete reproductions of Holmes's and Watson's sitting room on Baker Street in London. I have seen several other re-creations – at the Sherlock Holmes Museum and at the Sherlock Holmes Pub in London, and back in the ‘70s I visited the Sherlock Holmes, Esq. Public House on Union Square in San Francisco.  I haven’t been to all that exist (221A Baker Street in LosAngeles is one, and there is another in Meiringen, Switzerland) but the amount of work and detail seen in the room in the basement of a typical middle-class house just outside of Reading is truly remarkable.

Though constructed in the basement, the impression of a first floor flat (second floor in America) is complete with the two windows mentioned by Watson in A Study in Scarlet overlooking Baker Street, with London street sounds in the background. You can look through the windows to see a façade of the other buildings on Baker Street (painted on a solid back wall). The illusion is quite striking.

But the real excitement is experienced as you take in the incredible amount of detail that is seen in this labor of love by Denny Dobry. Everywhere you look you see not only most every single item ever mentioned in the Canon, but there are one or more artifacts from each of the 60 stories (including Baron Gruner’s 'little black book' with very private photographs of Victorian ladies with details of their lives suitable for blackmailing and a specimen of a Lion's Mane jellyfish in a glass jar!) 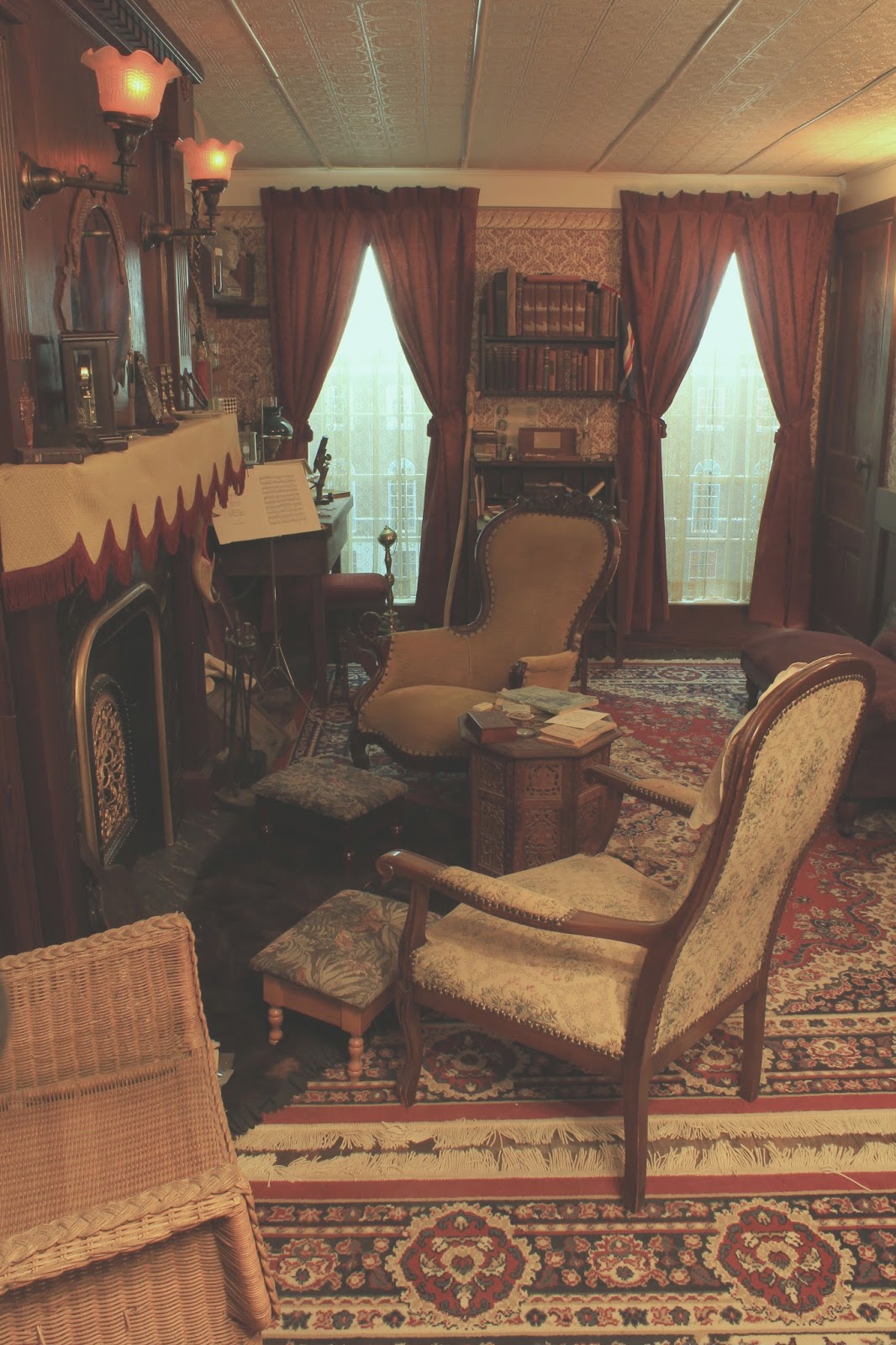 There are, of course, photographs of General Gordon and Henry Ward Beecher and Her Royal Majesty, Queen Victoria, and an unbroken small plaster bust of Napoleon. But there are literally hundreds of items not mentioned explicitly in the Canon that we all know had to be there as well: checks signed by Holmes or Watson made out to Mrs. Hudson for rent, receipts from local shops, telegram blanks as well as Watson’s foot locker from the Army and a framed copy of his commission in the Fifth Northumberland Fusiliers.

Denny was inspired by Paul Churchill's sitting room re-creation in 1996 and began collecting (and manufacturing!) artifacts as he planned his own room. Construction of the room's walls, floor and ceiling took about a year and was completed in 1999. Members of various scions local to Pennsylvania, and of course members of Denny’s own scion, the White Rose Irregulars, have had the pleasure of visiting over the years.  This open house was an opportunity for other Sherlockians to marvel at the planning and effort that went into what is arguably the most complete re-creation of the sitting room of the world’s first consulting detective and his biographer, John H. Watson, MD.  Please contact Denny directly to attend a meeting of the White Rose Irregulars of York or to arrange for a visit to see the Sitting Room for yourself. It will be worth the trip, no matter how far you must travel. 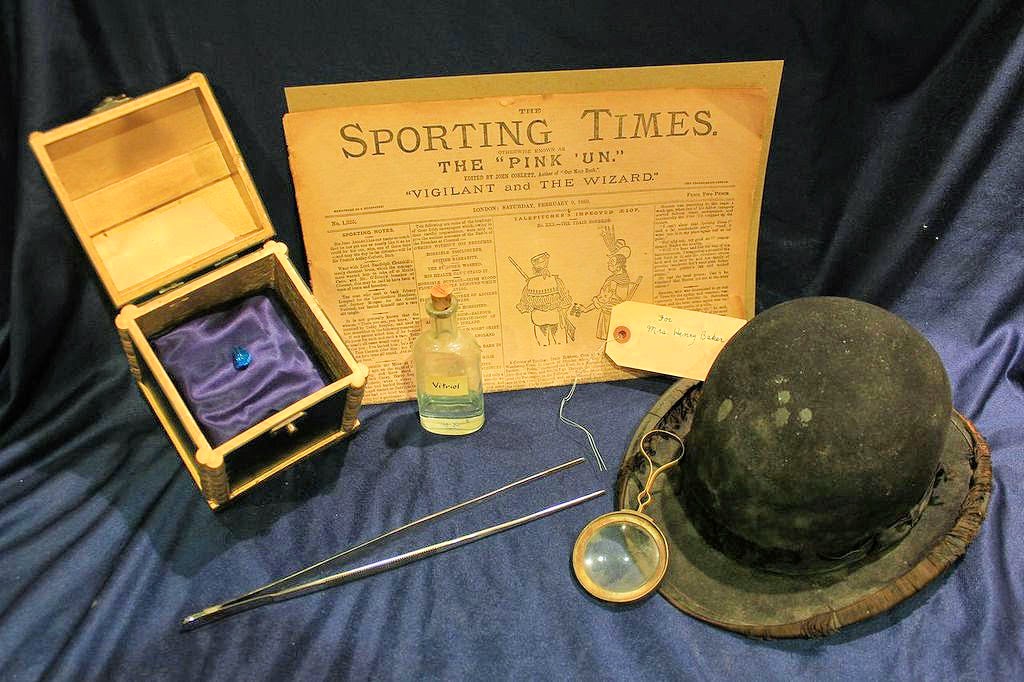 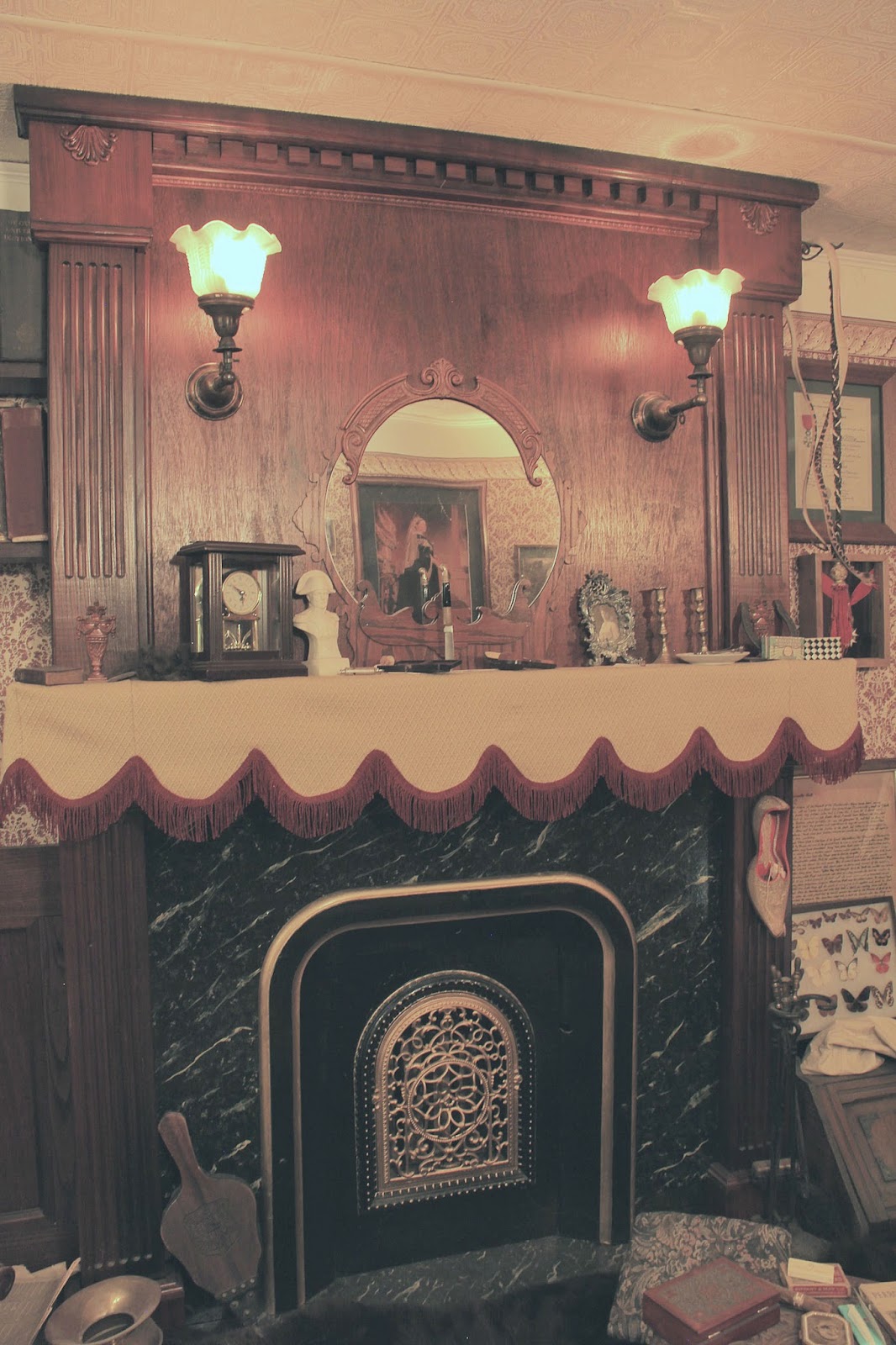 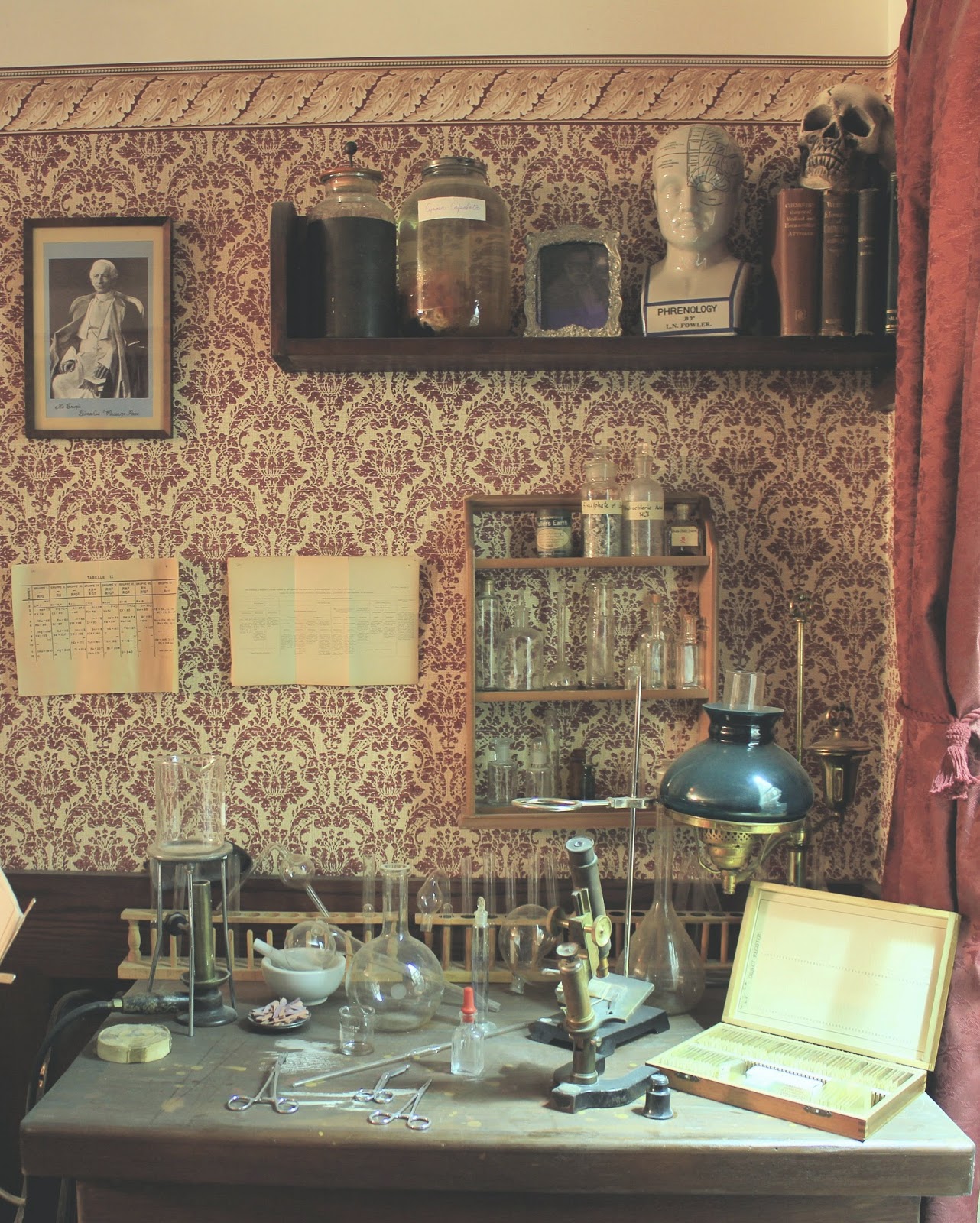 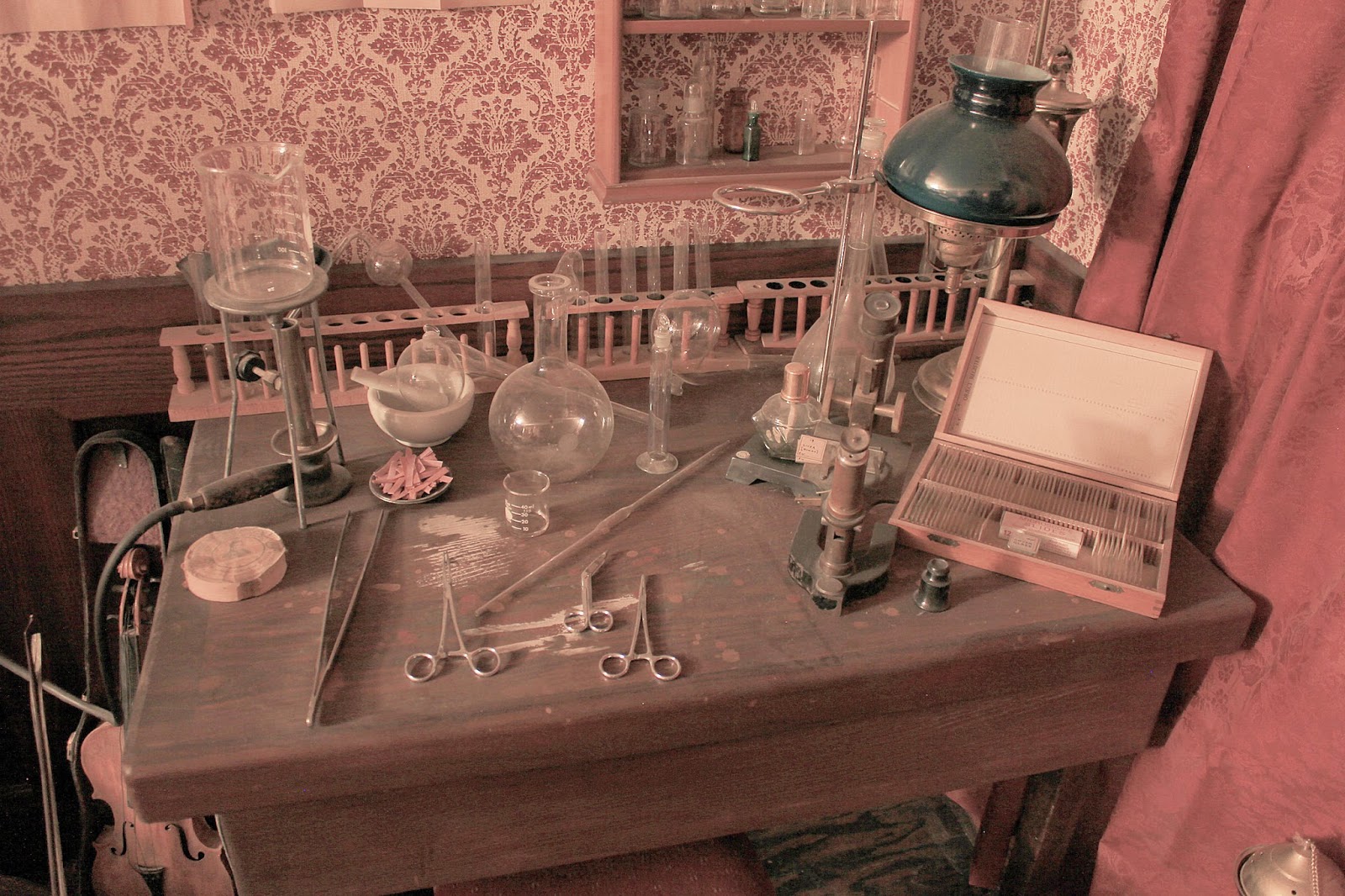 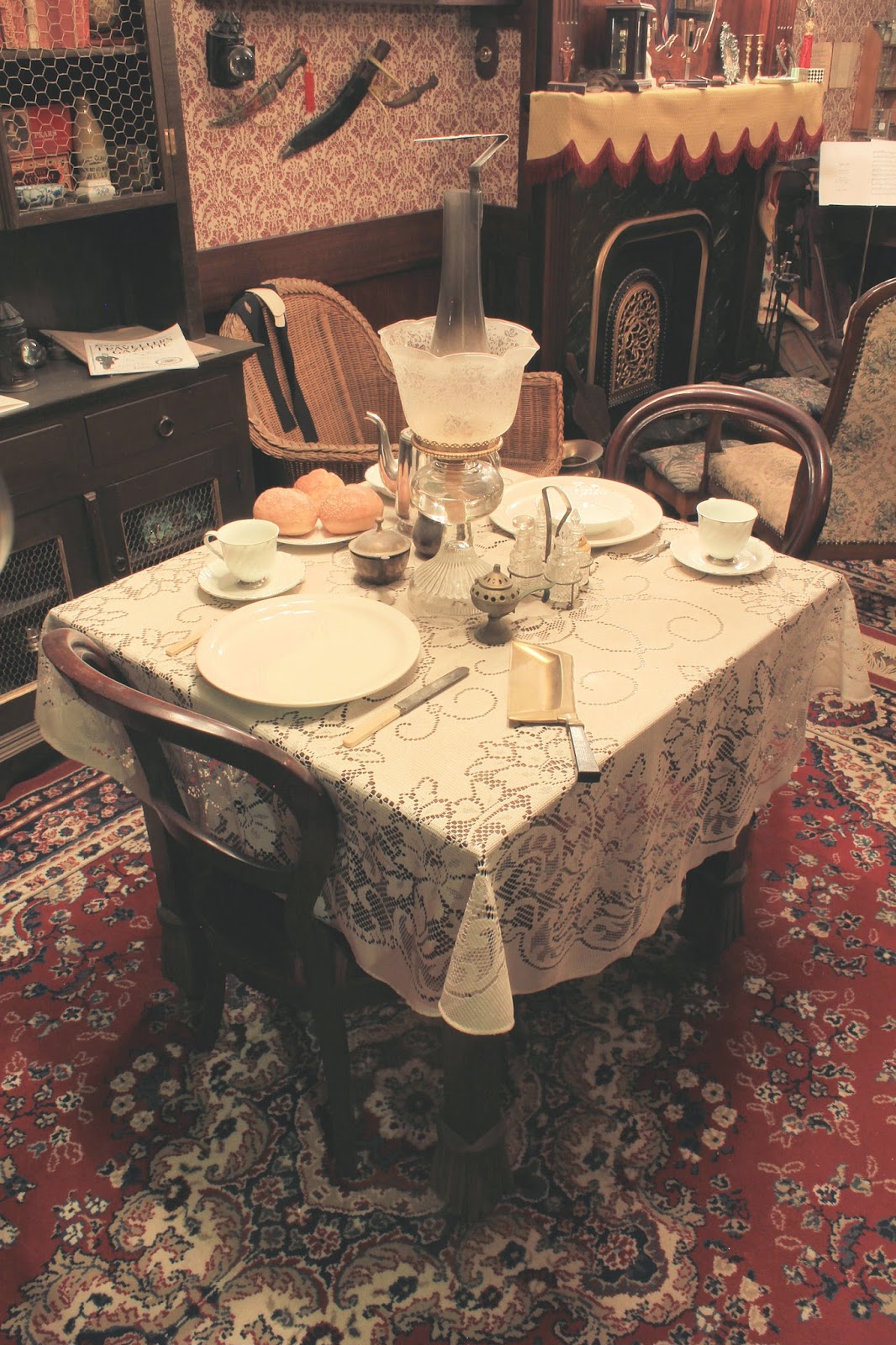 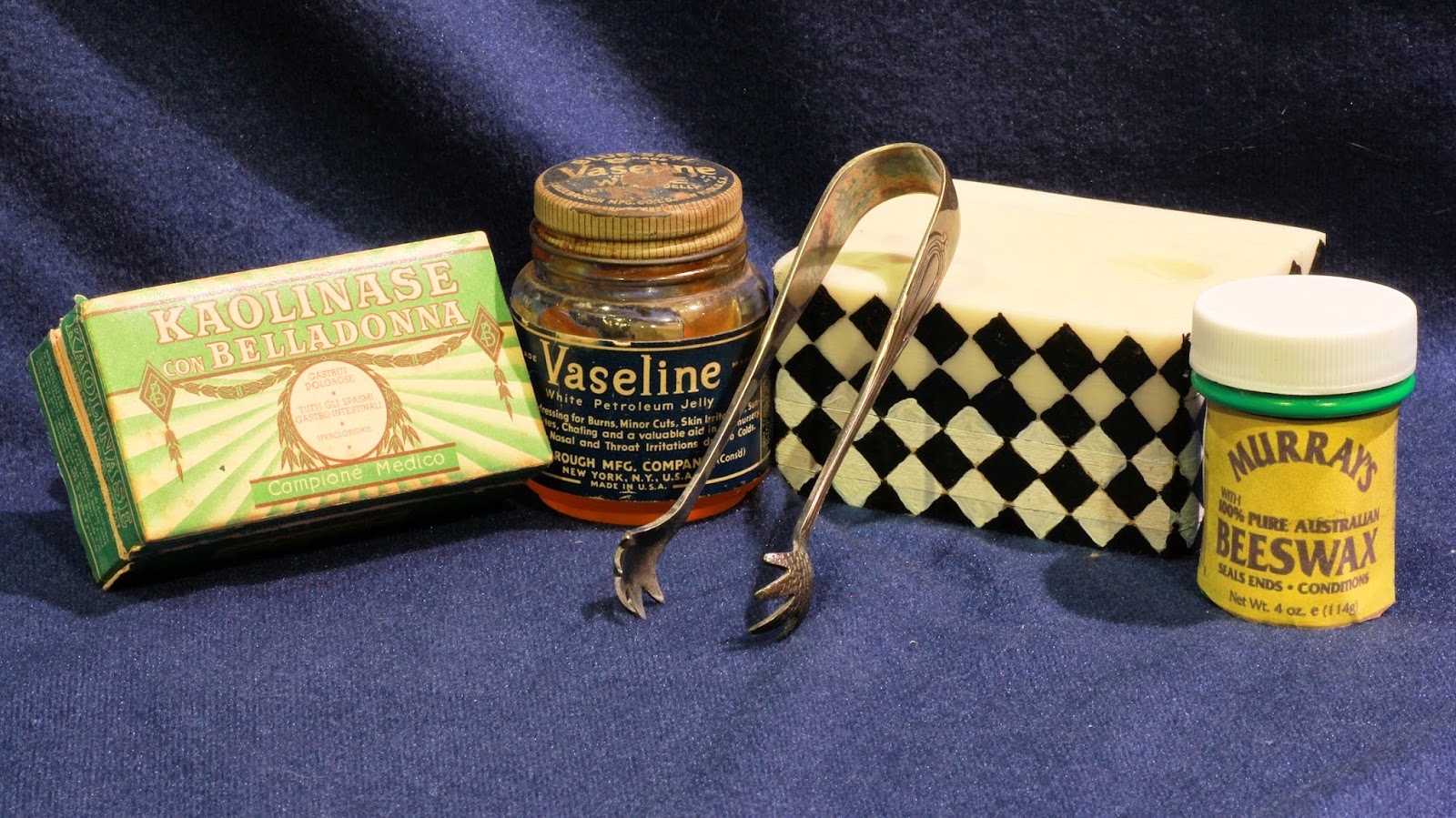 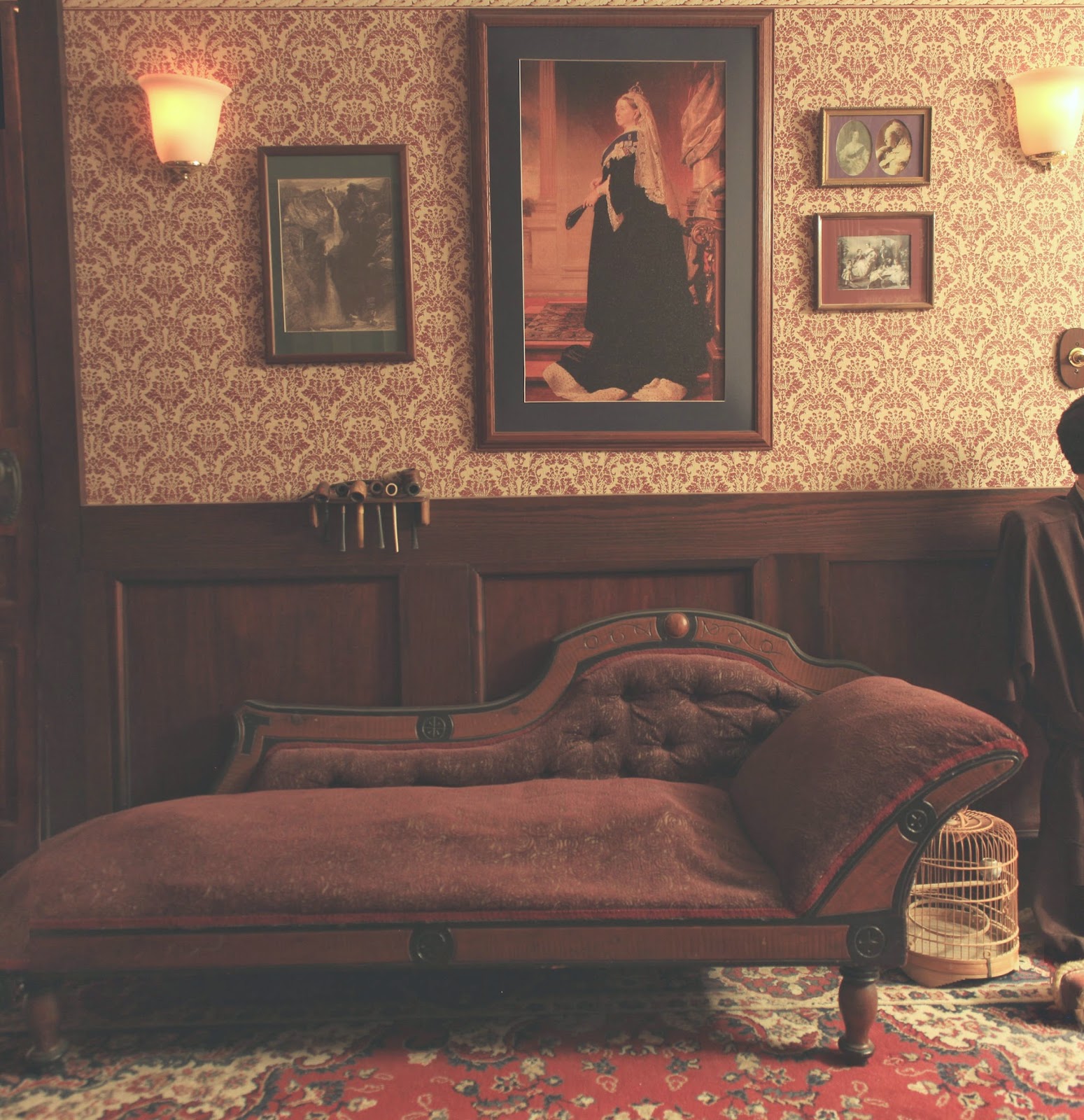 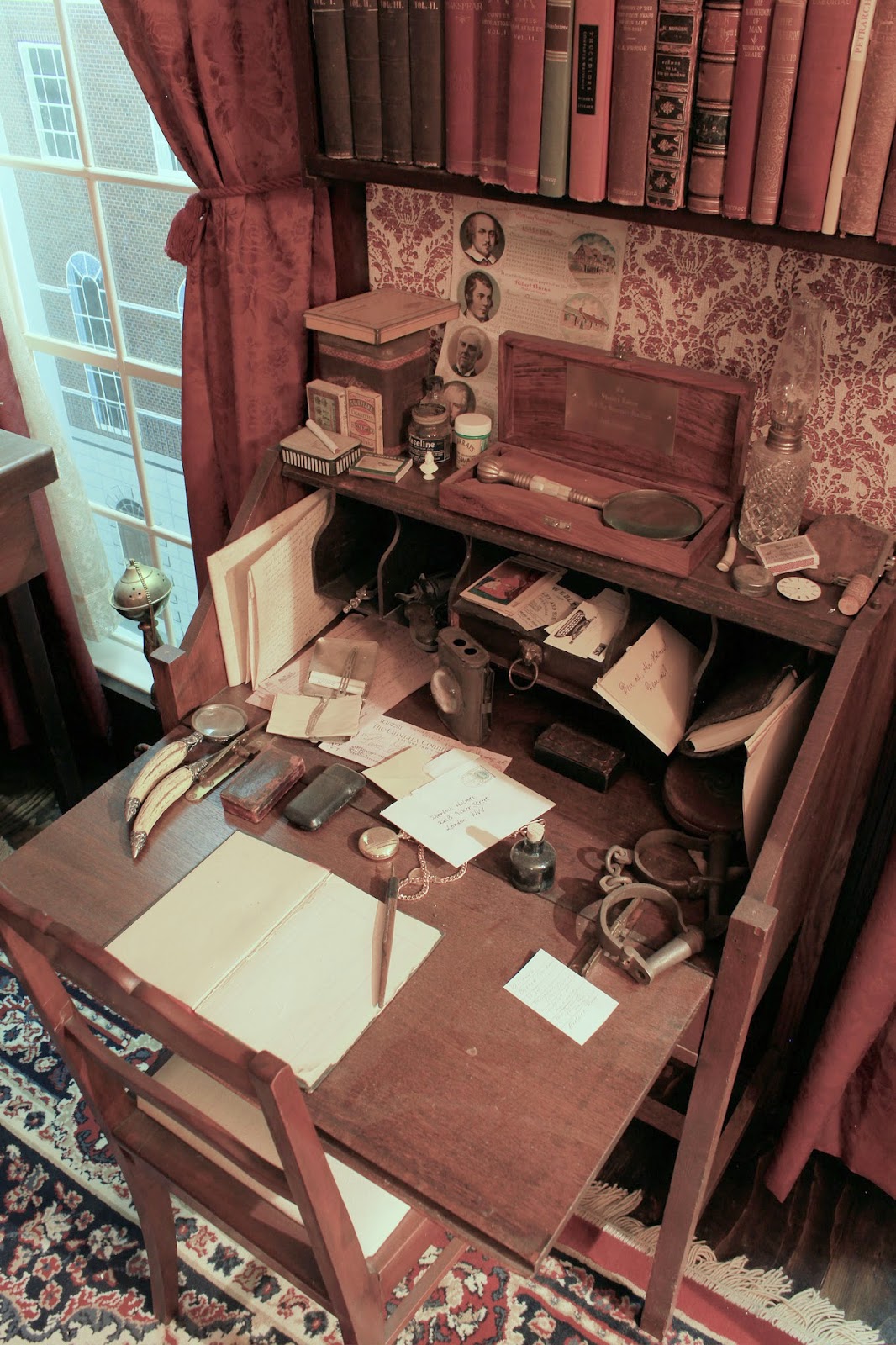 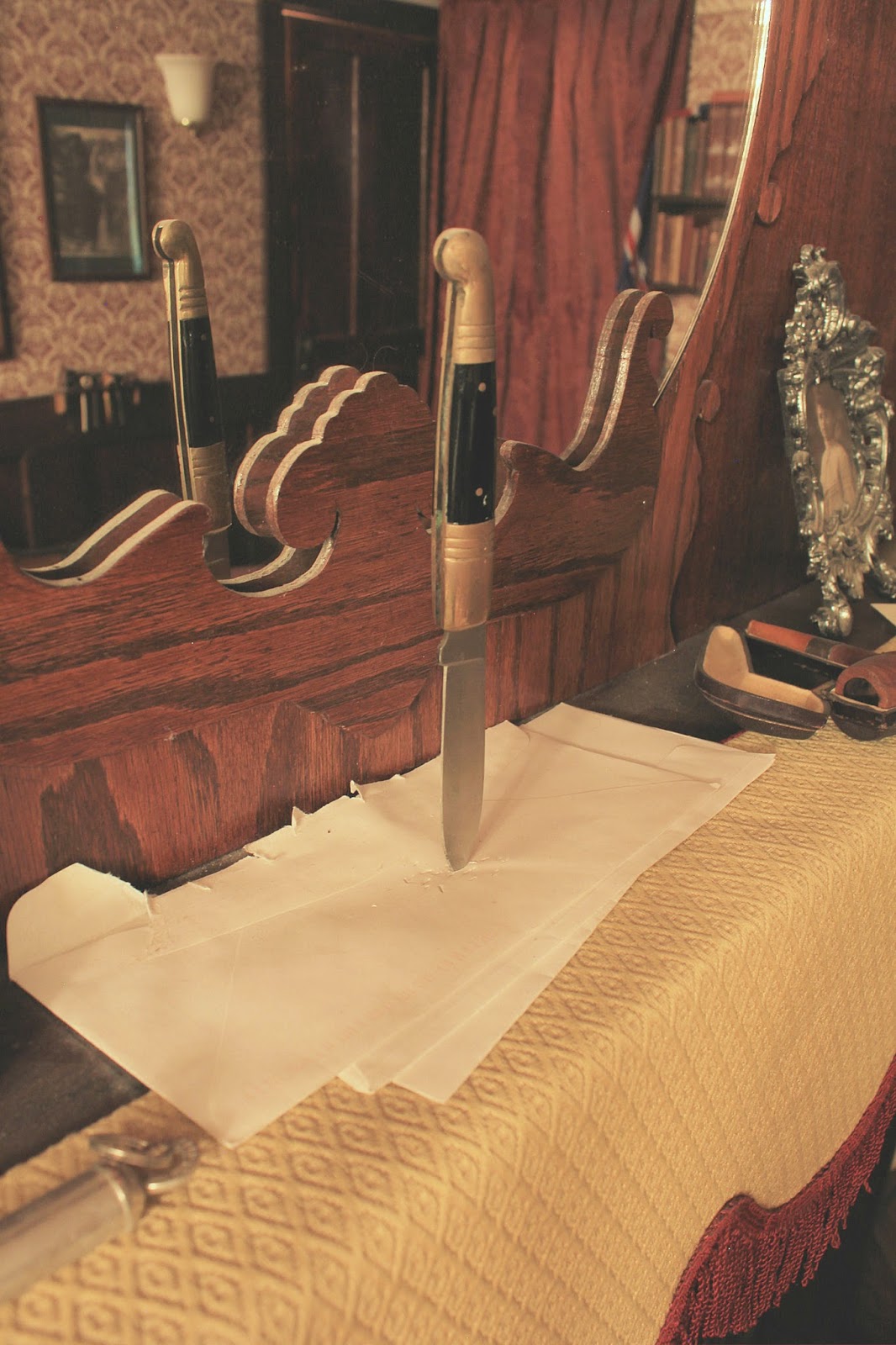 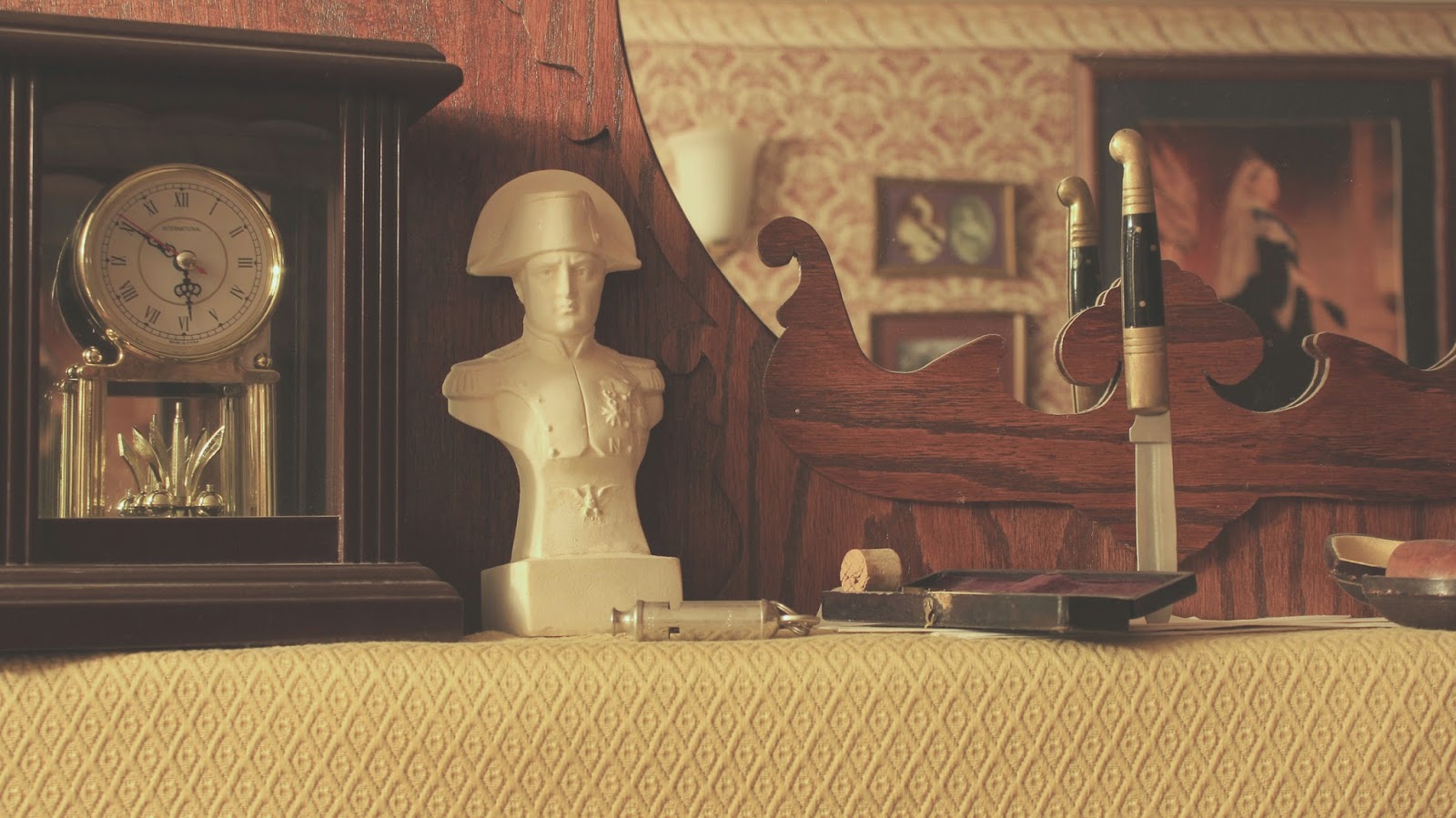 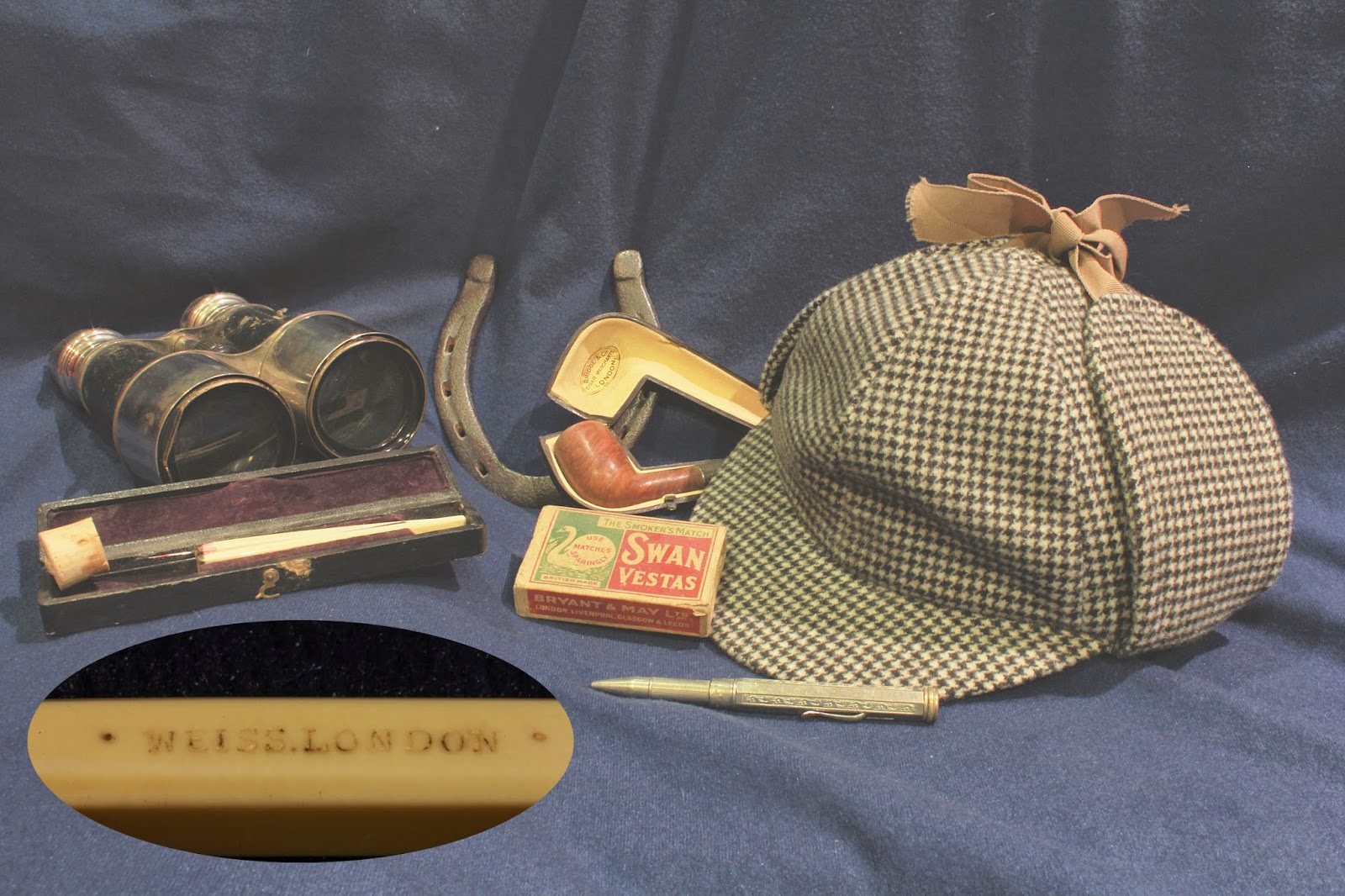 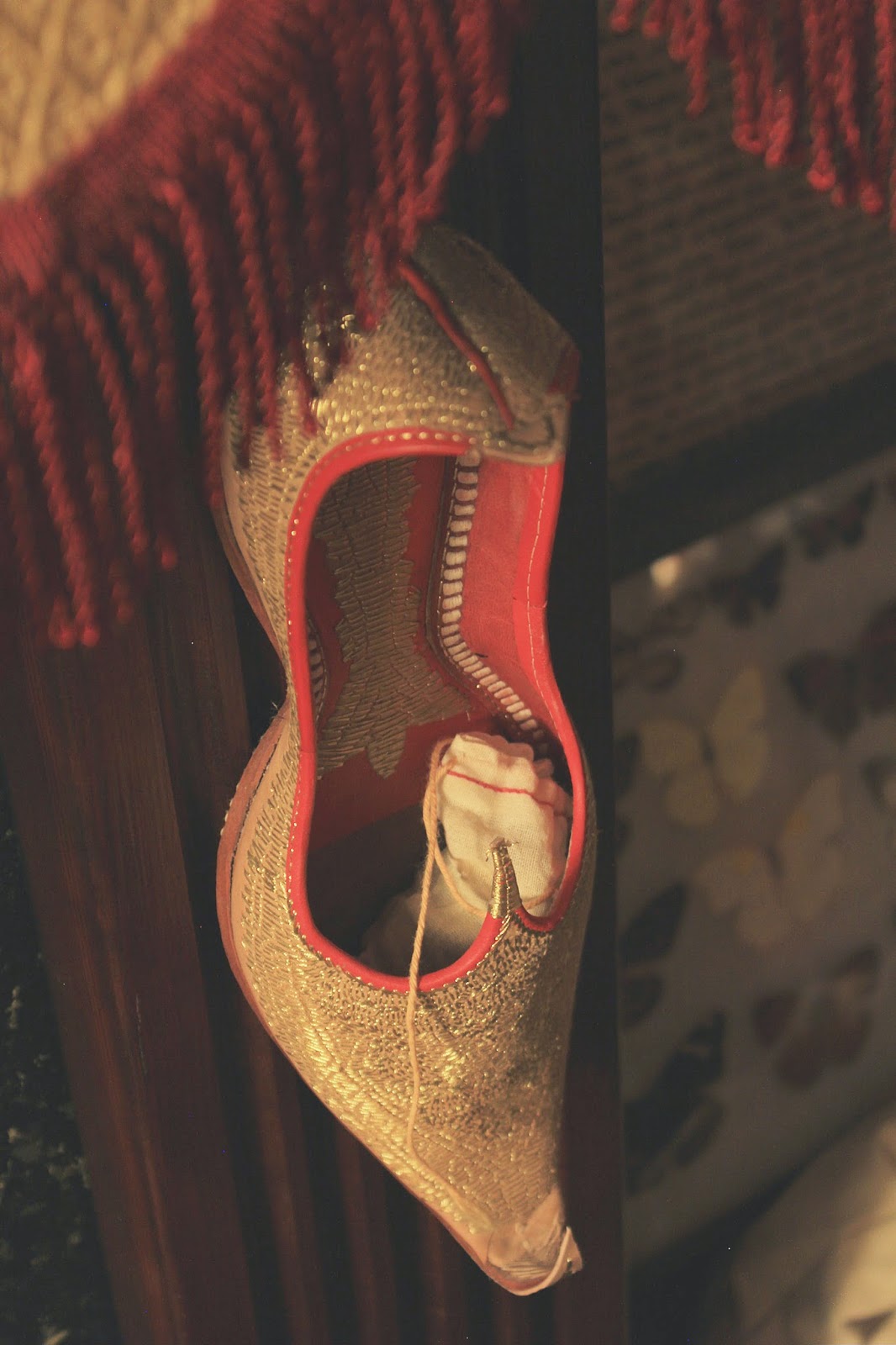 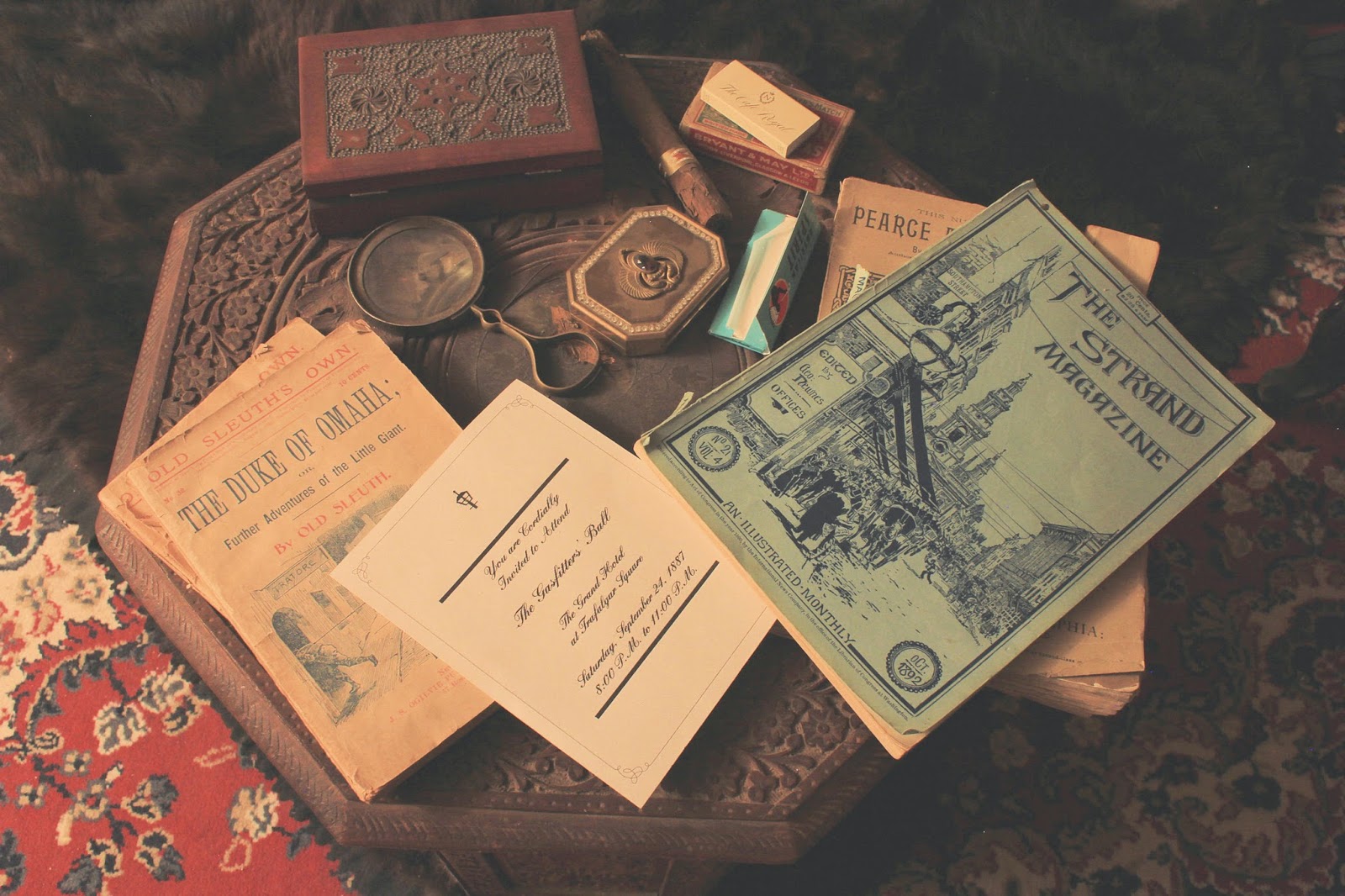 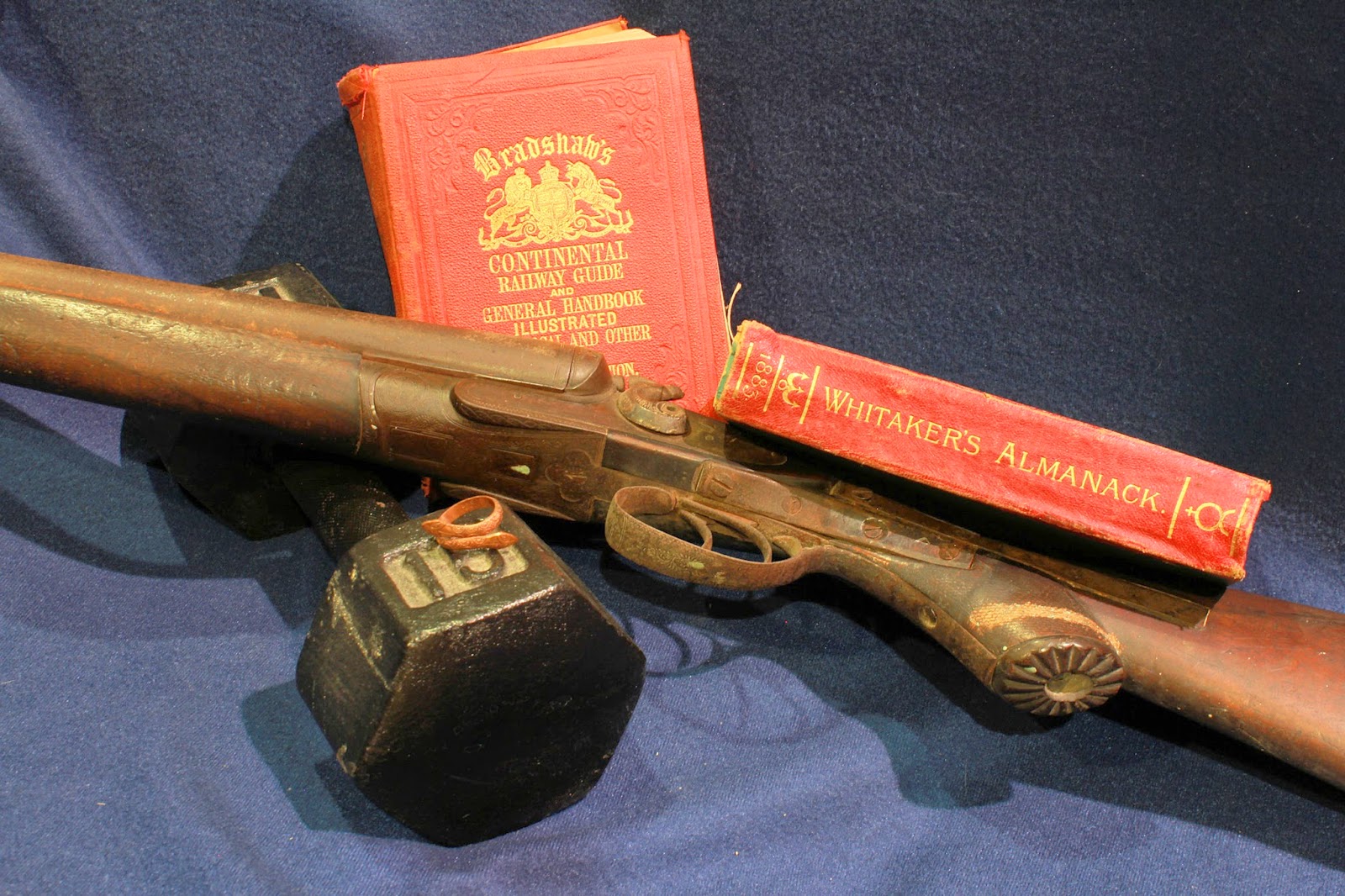 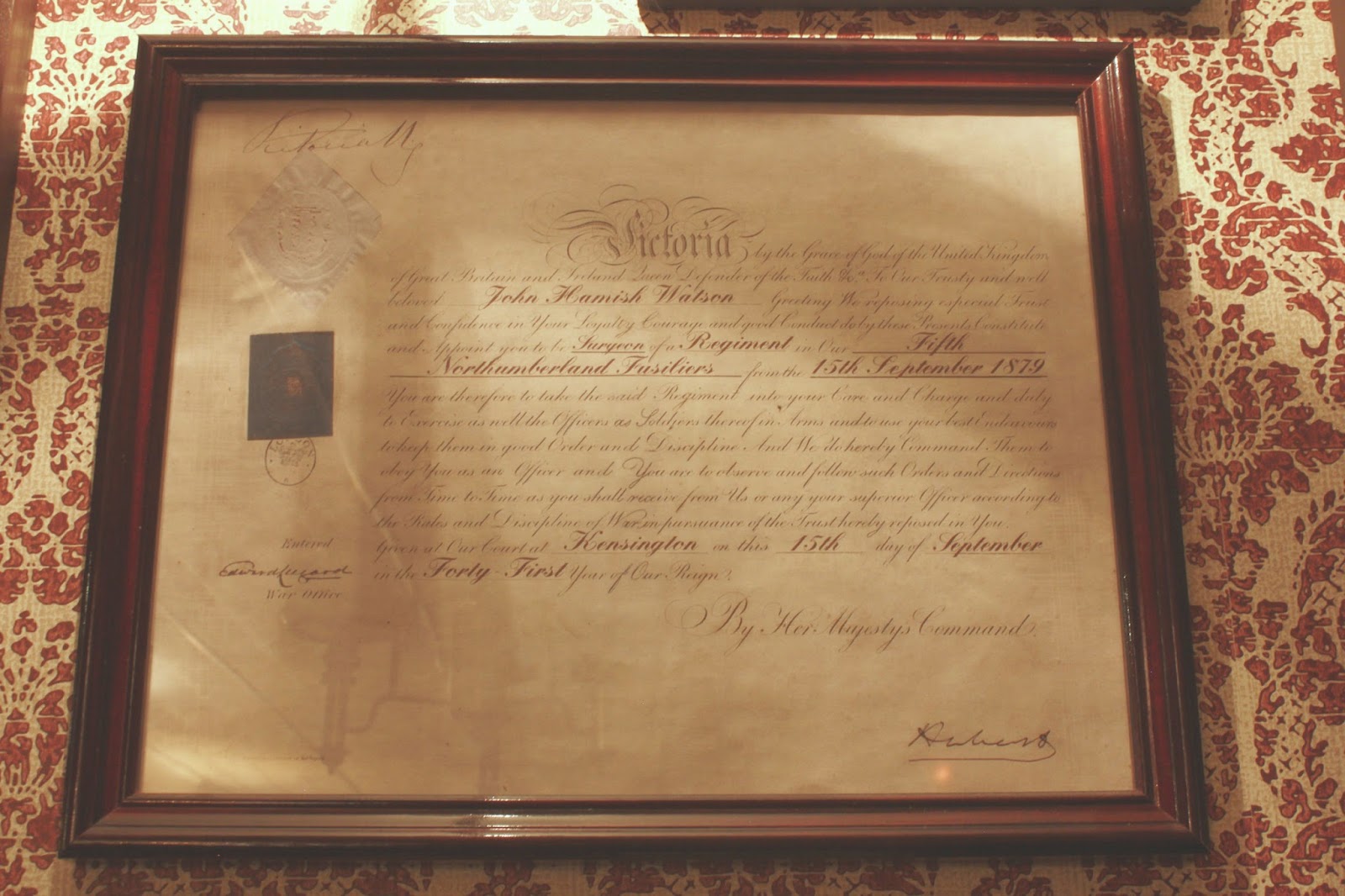 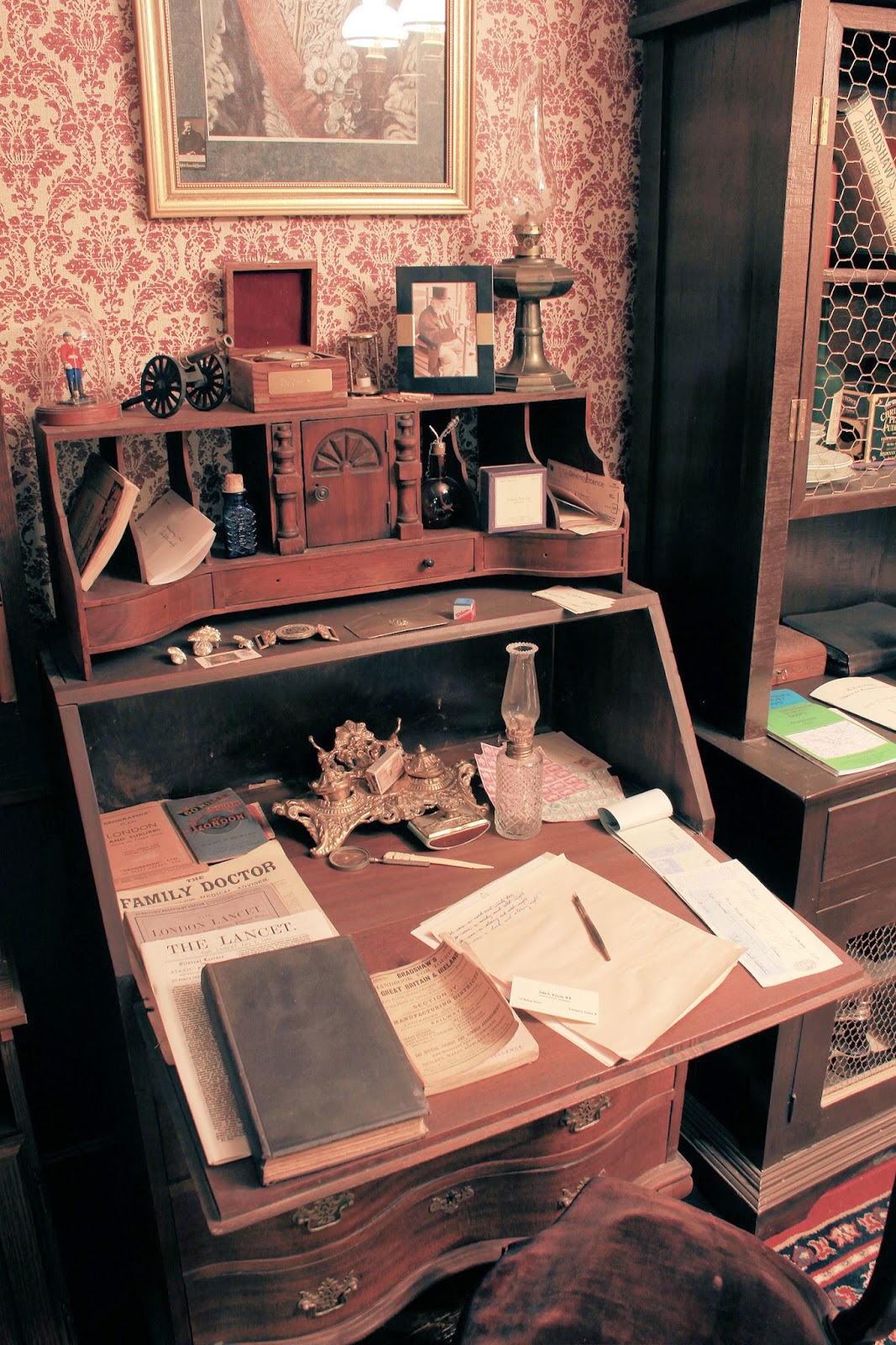 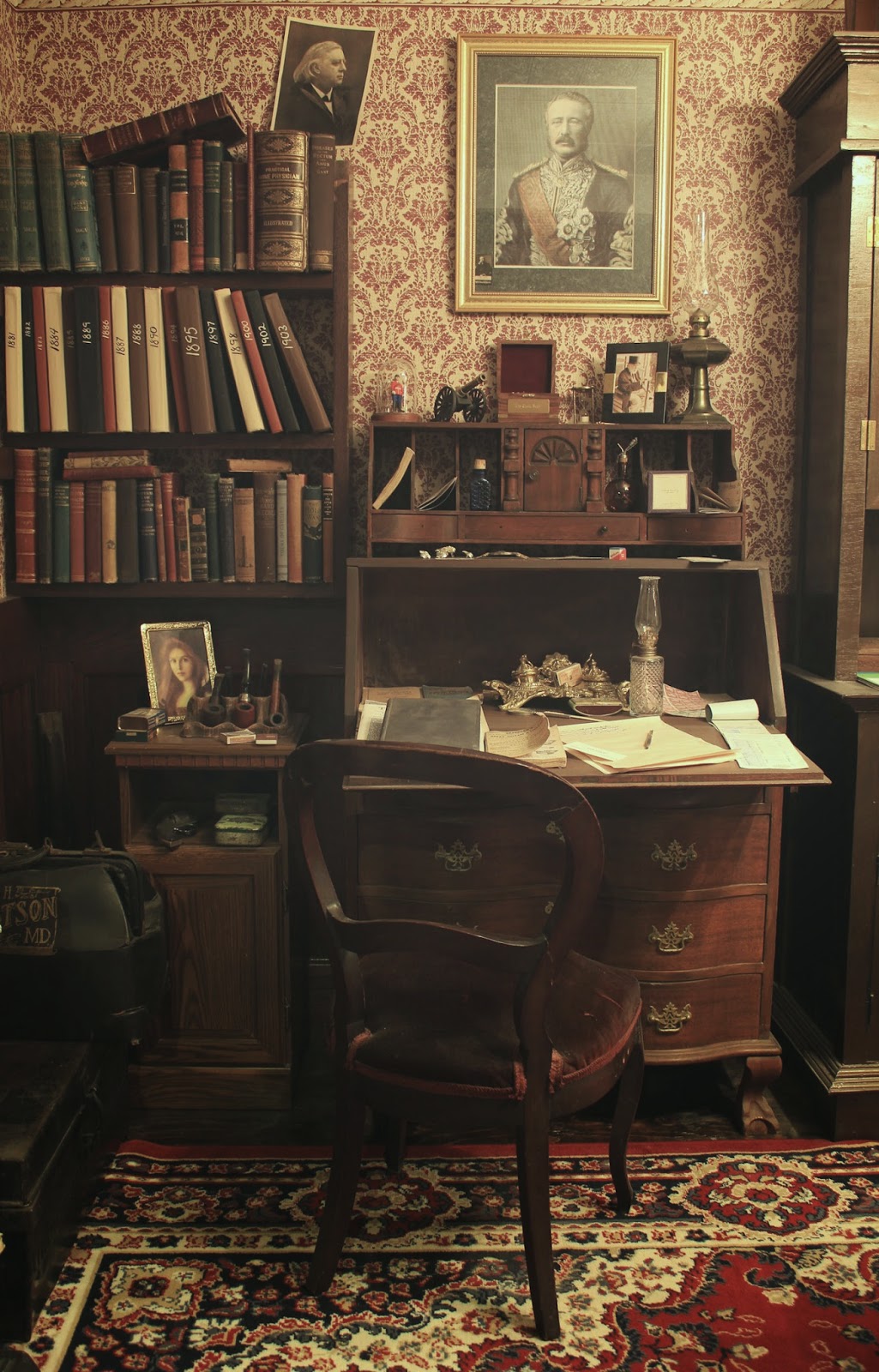 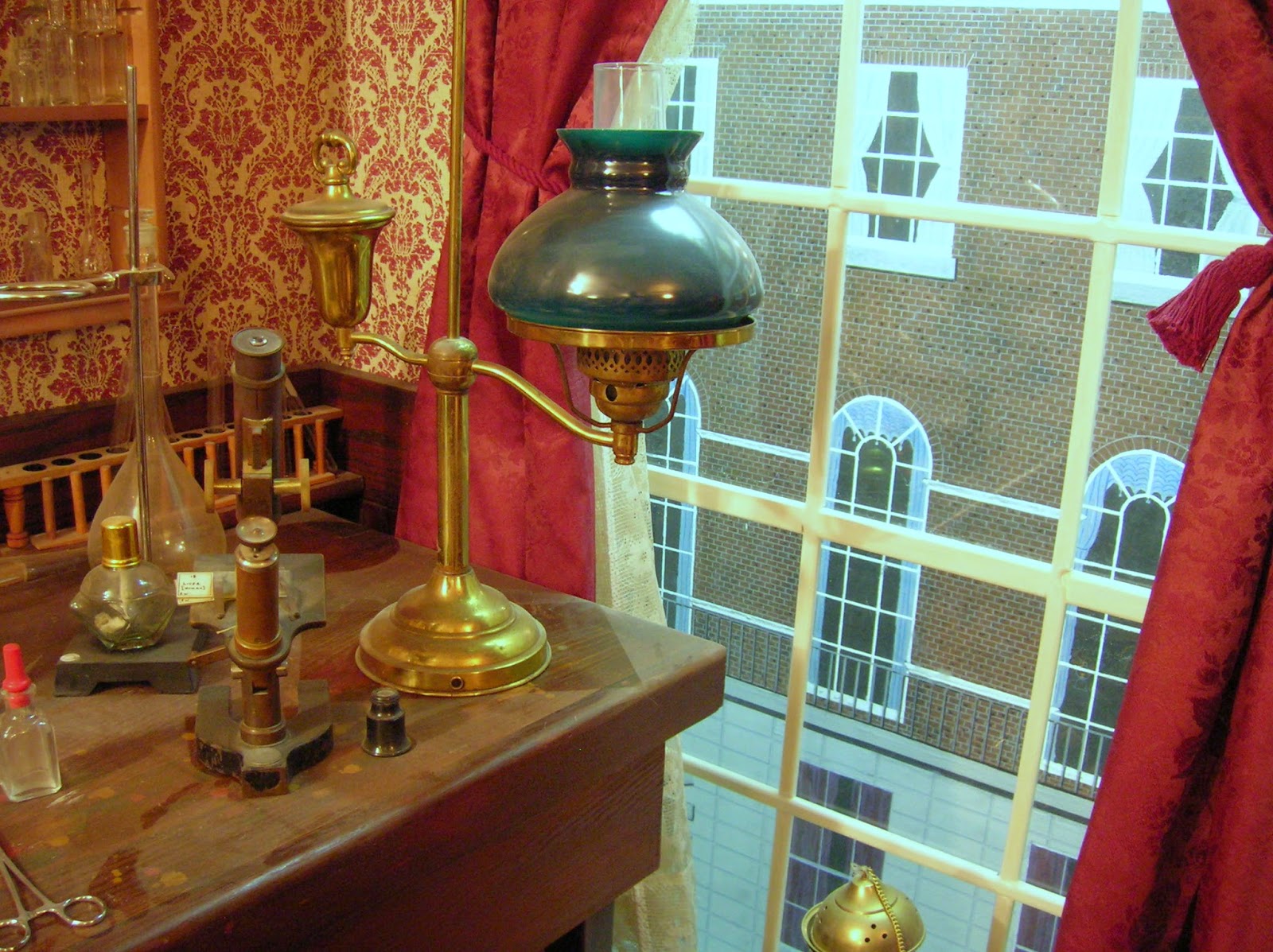