The #SherlockLives Trailer from BBC One

"Can it indeed be that you are alive?" [EMPT] 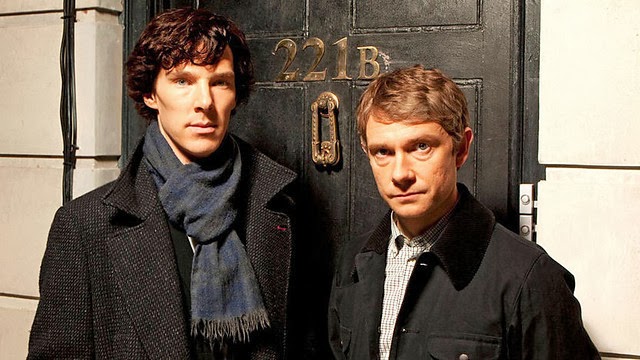 The Internet erupted this afternoon when a 30-second preview for Sherlock Series 3 aired during the Doctor Who 50th Anniversary Special on BBC One. We suppose it pays to have a close connection (Steven Moffat) between Doctor Who and Sherlock.

While the video doesn't give too much away, other than that Sherlock Holmes is back, we're particularly pleased to see the in-story Internet fandom very prominently featured in the reaction shots.

To review, we know that the series, starring Benedict Cumberbatch and Martin Freeman, is slated to be on PBS Masterpiece beginning on Sunday January 19. The three episodes consist of "The Empty Hearse," "The Sign of Three" and "His Last Vow," and will include Mary Morstan as Watson's love interest and archvillain Charles Augustus Magnussen.

We'll be on the lookout for more content as it makes its way to the public.