"Stand with me here upon the terrace, for it may be the last quiet talk we ever have." [LAST] 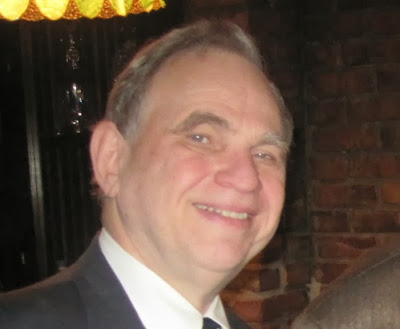 The Baker Street Irregulars lost one of their own earlier this month. Jerry Wachs, BSI ("Sir James Saunders") passed away after a long illness. To say that Jerry was loved and respected by all who knew him is an understatement. And rather than dwell on the perfunctory details, we're going to let one of his closest Sherlockian friends remember him.

We asked Jerry Margolin, BSI ("Hilton Cubitt") if he might offer a few memories of Jerry Wachs. Here's what he had to say:

We met at a BSI function probably 20 or so years ago. I do remember we got along very well, which was easy as Jerry was a funny and intelligent person to talk to. I was staying with my aunt in New York each time I came in for the BSI Weekend and I think I mentioned that was going to have to come to an end. He immediately offered me the use of his apartment for the next year and I gratefully accepted. That grew into a regular occurrence for the next almost 20 years.

Those annual visits to New York when I stayed with Jerry were always great fun. We would stay up until all hours talking, as I said, on various subjects. He was always so gracious in asking about my wife, Judy and our son, and to be really interested in what I told him about what was happening in their lives.

Our Thursday night of the BSI weekend was always fun as it became a tradition for many years that a good size group of us would go out for an informal Chinese meal at Ollie’s. There was always good talk, good food and a very relaxed informal time for all involved.

Whenever I arrived at his door for BSI "weekend" - which for me was about 8 days -  I was always greeted at the door by Jerry with a huge hello and I always looked forward to my stay. 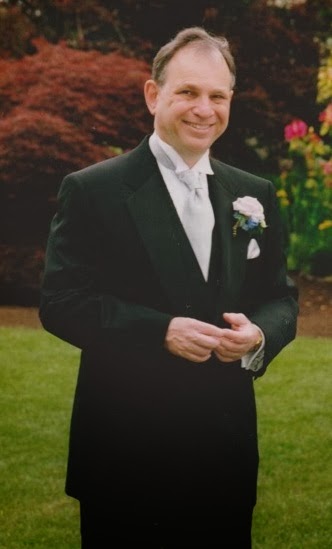 What I remember most about him was his genuineness, a great sense of humor, generosity and kindness. He always talked about his children in glowing terms. When I stayed with him, we had great discussions on all types of subjects - except we tried never to talk politics! Which anyone who knew him well would tell you was a universal theme: "do not get Jerry started on politics!" The last thing that I want to remember about him, and anyone whoever stayed there can tell you, his love of chocolate - it was in every cabinet in his kitchen, and always two pitchers of red Crystal Light. I think that is the only thing Jerry ever drank.

He also had the greatest collection of 19th Century poetry in private hands anywhere in the world. It was astounding to see and I was allowed to look at some of it since he knew I knew how to handle supremely rare books. I considered it an honor to be allowed to do so.

In addition, Jerry was a collector of Sherlockiana. His particular specialty was Sherlockian lapel pins; he had the largest collection in the world. I think it got up to over 1,000 pins and it covered every aspect of the world of Sherlock Holmes. Like most of us, he was very social, very well liked by all who knew him and was very well respected.

There are many things I will miss about Jerry: our late night conversations, his graciousness, talking Sherlock with him, some of his chocolate and a few glasses of red Crystal Light, of course. Most of all, I will miss not going to his home when arriving in New York, ringing his doorbell and hearing his loud and welcoming voice, “HELLOOOOO!!!!” as I walk in for my next great week of Sherlock.

Finally, for those who weren't fortunate enough to have known Jerry in life, I'll say that he should be remembered as a true friend who always showed the greatest kindness, generosity, intelligence, and love of family.

His loss will affect many people who knew him and those who, unfortunately, will now never get the chance. R.I.P. Jerry, you are sorely missed. 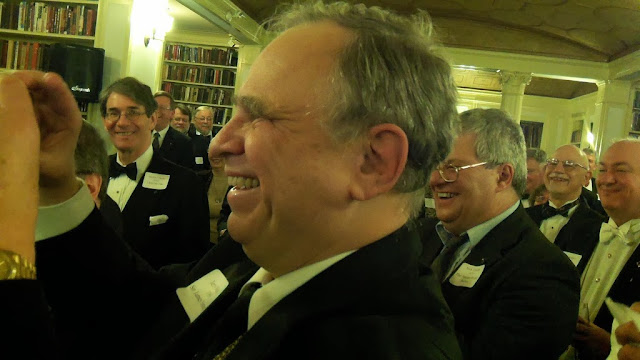 And now here are the facts, as taken from his obituary:


Gerald N. "Jerry" Wachs, M.D. died on Nov. 8, 2013, in New York, at age 76. Jerry had many accomplishments in his life, but none more important than his four children. Jerry was the unabashedly proud and supremely loving father to his four children with Glorya: Sharon (Andy), Joel, Deborah (Andrew), and Judith (Elie). He was also the treasured grandfather to six beautiful grandchildren and the loving brother of Robert. In his nearly 20 years at Schering (now Merck) as a senior associate medical director, Dr. Wachs was responsible for the FDA's approval of over 20 new drug applications. Subsequently, he ran an innovative dermatology and cosmetic surgery practice for 18 years in Millburn and Summit, N.J., and was a past president of the New Jersey Dermatological Society. Jerry was extremely civic minded, serving for seven years on the Millburn Board of Education and as president of the Millburn Board of Health. He was also an avid collector who was most proud of his 19th-Century first edition English poetry collection. Another of his collections led him to become a published author in 2012, co-writing the standard bibliography for Tom Stoppard. Jerry was also a life master in bridge and an invested member of the Sherlock Holmes society, the Baker Street Irregulars. He was the constant companion of Gail Postal for the past 19 years. He will be greatly missed by his family and friends.

If you have any memories of Jerry that you'd care to share, please leave us a comment below.