First Image and a World Premiere Date for Sherlock Series 3 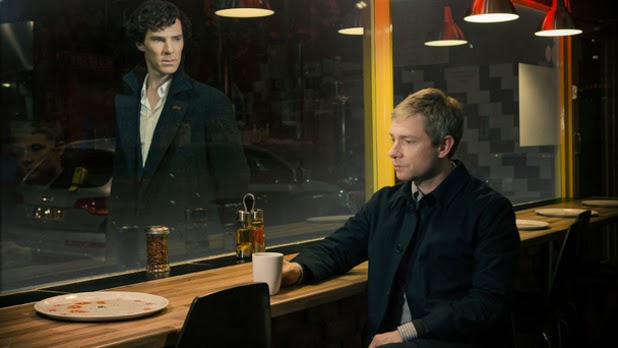 It's finally here. Here's a view of the very first image from Sherlock Series 3 released by BBC One in an official capacity, as announced on Twitter today:


The long-awaited return of the show from its hiatus has burned up the Internet over the past year. Last month, PBS Masterpiece announced that the program will air in the US in January. But the question as to the BBC's timing has been up in the air.

The BFI will be hosting a world premiere screening of Episode 1 of Series 3, titled "The Empty Hearse," on December 15, along with a panel discussion with members of the cast. BFI members can purchase tickets on November 6, and then tickets are available to the general public on November 12.

It's not clear exactly when BBC One will air the show at this point, but we at least have a date for the first viewing of this long-awaited episode of Sherlock.