How Sherlock Holmes Made 50 Shades of Grey Possible 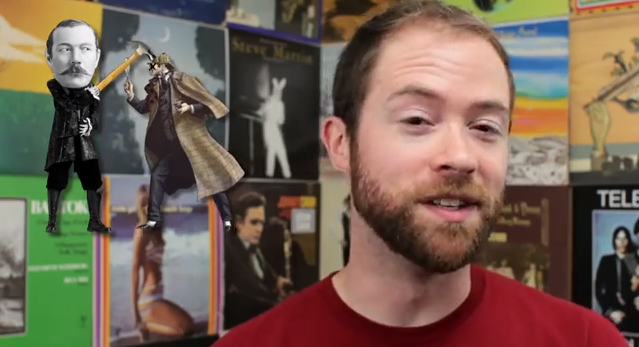 It may seem like sacrilege, but could it just be possible that Sherlock Holmes was the precursor to Fifty Shades of Grey? Now before you jump to any conclusions (we know what you're thinking and it's not like that at all), let us explain.

It's not that there are sexual innuendos within the Sherlock Holmes Canon - although, Christopher Redmond made a case for that in his groundbreaking book In Bed With Sherlock Holmes: Sexual Elements in Arthur Conan Doyle's Stories of the great Detective

in 1984. We highly recommend trying to pick up a copy on Amazon, eBay or a used bookstore if you find it.

The nature of the relation between Sherlock Holmes and 50 Shades is more along the lines of fan fiction. Yes purists, we said the 'F' word. The bottom line is that Sherlock Holmes has arguably been one of the richest sources of fan fiction, and it goes all the way back to Conan Doyle's time (think William Gillette asking "May I marry Holmes?" as he was planning the plot of his famous play in 1899).

Watch the video from PBS Idea Channel for exactly how all of this played out and the connection to the modern expression.


Do you buy this? Let us know.