"You know my methods. Apply them" [HOUN] 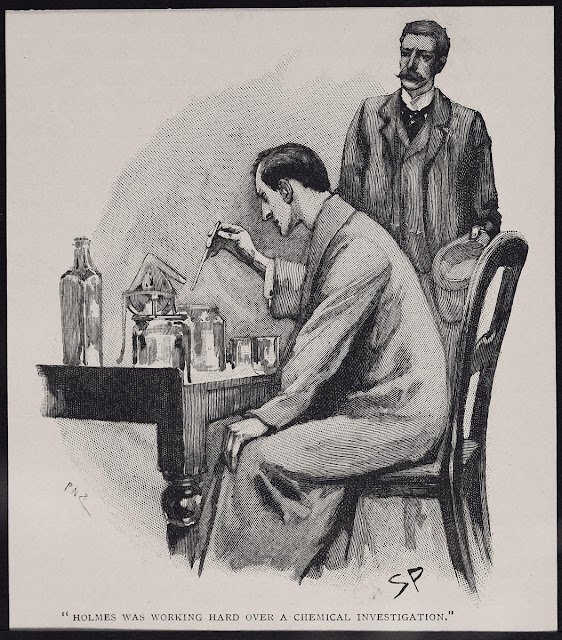 Sherlock Holmes has had an effect not just on literature, but on intellectual inquiry and popular culture as well. An upcoming PBS series will focus on how Holmes' heirs - practitioners of criminal investigation and the criminal arts - have been influenced by the Great Detective's methods.

On November 19th and 26th (please check local listings for showings in your area), PBS will premiere How Sherlock Changed the World, a two-hour special documenting Holmes' impact on real-life criminal investigation and upon forensic techniques. At a time when all that was needed to convict a criminal were eyewitness reports and blatant evidence, Holmes' method relied on more scientifically-based procedures, including fingerprinting, chemical, and blood stain identification. As forensic scientist Dr. Henry Lee once stated,"Sherlock Holmes is the grandfather of forensic science," and this special attempts to justify that claim.


Through the use of compelling archival material and reconstruction, How Sherlock Changed the World tells the true stories of the scientists, detectives and even criminals who were inspired or influenced by the legend of Holmes. The program explores real crimes that were solved thanks to a piece of equipment Holmes used, a technique he popularized or invented, or even his method of reasoning. The special will also assess the history of Holmes’ techniques from the 1880s to the present, showing how the scientific techniques Holmes introduced to the world have evolved into the stunning CSI-style forensic labs of Scotland Yard and the FBI."

Sherlockians live in a time when we have a diverse array of ways to enjoy Conan Doyle's tales of detection, from the straightforward adaptation of the BBC's Sherlock to the action-adventure oriented movies of Guy Ritchie to the more procedural, redemptive approach of CBS' Elementary. Thankfully, we now have an additional opportunity to experience Holmes' impact on how we approach law enforcement and investigation, and prove once again that Holmes' method is not only learnable and applicable, but ultimately, has had a greater impact on our society....perhaps more than we can imagine.