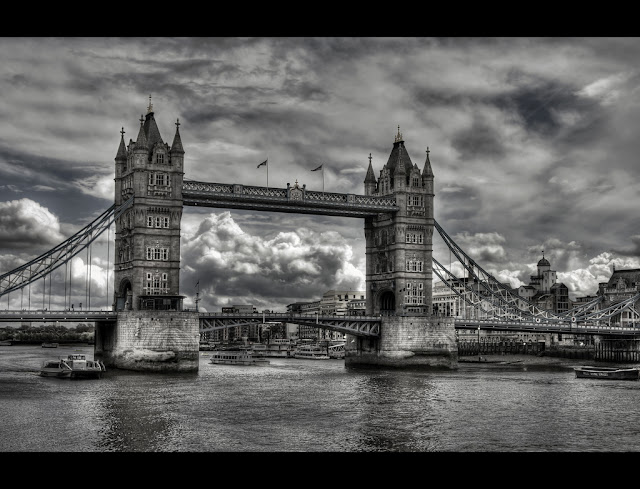 The piece opens with a description of a 30 year-old Arthur Conan Doyle heading into London from his Southsea home to attend a dinner with the publisher of Lippincott's with none other than Oscar Wilde in attendance. The dinner was auspicious in that it resulted in two commissions: Wilde's The Picture of Dorian Gray

. But for the purpose of the article, it was even more significant that it took place at the Langham Hotel, which itself turned up in no fewer than three Sherlock Holmes stories (Quick! Which three? Comments below, please.).

The article covers a bit about Conan Doyle's life and the ongoing life that has sprung from his most famous creation, but then also covers another character in his stories - one that plays a constant supporting, if transparent, role: the city itself. Conan Doyle's mastery of the language in order to effectively set the scene is readily observed in this passage from The Sign of Four - that novel born from the very dinner at the Langham:


It was a September evening, and not yet seven o'clock, but the day had been a dreary one, and a dense drizzly fog lay low upon the great city. Mud-coloured clouds drooped sadly over the muddy streets. Down the Strand the lamps were but misty splotches of diffused light, which threw a feeble circular glimmer upon the slimy pavement. The yellow glare from the shop-windows streamed out into the steamy, vaporous air, and threw a murky, shifting radiance across the crowded thoroughfare. There was, to my mind, something eerie and ghost-like in the endless procession of faces which flitted across these narrow bars of light - sad faces and glad, haggard and merry. Like all human kind, they flitted from the gloom into the light, and so back into the gloom once more.

And while those ghostly gas-lamps no longer fail at 20 feet, the piece takes us through London past and present, through the Holmes stories and Conan Doyle's life. Naturally, there's a stop at 221B. And even helpful commentary from longtime reader and Sherlock Holmes Society of London member Roger Johnson. We highly recommend you check out the article - especially if you're planning a pilgrimage to London and wish to visit some of the highlights.

Accompanying the article is a quick video called "The Many Faces of Sherlock Holmes," with a look at Holmes of the stage and screen over the years, from Gillette to Norwood, Wontner to Owen, Rathbone to Neville, and Moore, Neville, Plummer, Rowe and Caine and even including Wilder.

Whew! We're glad they didn't stoop quite so low as the comprehensiveness of this list, titled "A Study in Errors."

Do you have a favorite site or a favorite Holmes? Please feel free to share it with us as a comment. And while we have you here, what better way to celebrate this important date than to get yourself your very own 221B oval sticker? For your car, your laptop, your refrigerator - or anywhere you like. 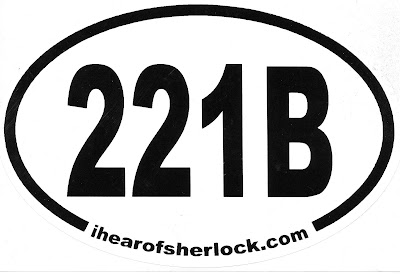