"Vanderbuilt and the Yeggman" [SUSS] 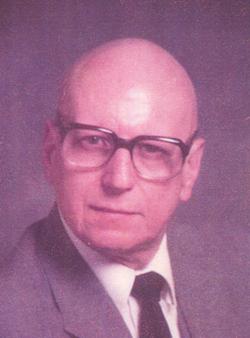 Editor's note: Our correspondent for obituaries of members Baker Street Irregulars (sometimes referred to as "Stand with me here upon the terrace") is Francine Kitts, BSI ("Lady Hilda Trelawney Hope"), who has this duty annually at the BSI dinner. We welcome her to this role here.

Jason Pierre Rouby, BSI (“Vanderbilt and the Yeggman”) died in Little Rock, AR on January 15, 2011 at the age of 87. He was a reporter for several newspapers, including the Arkansas Gazette, was a regional planner, and was active in community services and charitable organizations. During World War II he served in the US Army as a machine gunner and qualified as a sharp shooter. He was a member of the 80th Reconnaissance Troop, a division of General Patton’s Army and served as a French interpreter in several war trials. He was awarded three Bronze Stars for his involvement in the Battle of the Bulge.

In addition to being a contributing member of The Baker Street Irregulars, Mr. Rouby was a member of the Maiwand Jezails in Omaha and founded The Arkansas Valley Investors, Ltd. in Little Rock. He traveled around the country a few times a year giving talks on Sherlock Holmes and later donated his Sherlockian books and memorabilia to the University of Arkansas at Little Rock. He was investitured into the Baker Street Irregulars in 1968.

A touching commemorative video of Mr. Rouby, prepared by his grandson David Aaron Rouby, can be seen below:


Do you have any personal memories of Jason Rouby? Please share them in the comments section below.