"to make some reply in defence" [SILV] 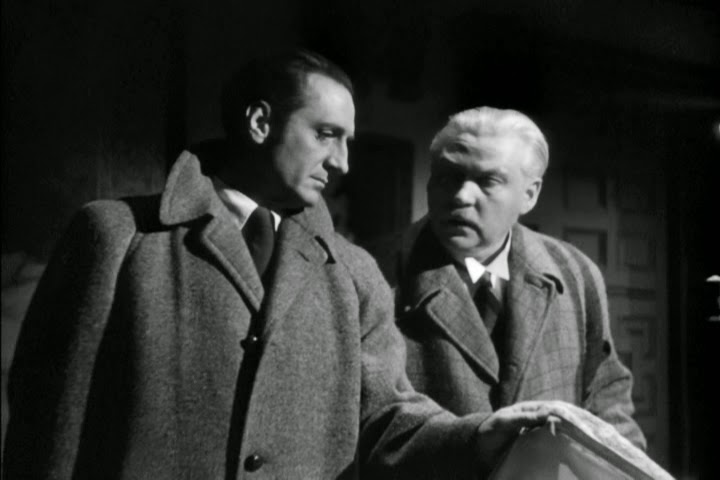 Would anyone like to give Gene Weingarten at the Washington Post a piece of their mind? In his column No Shot Sherlock, he tries his deductive abilities to no avail as he attempts to correctly identify the owner of a lost address book.

In the process, he calls Watson a " knuckleheaded, mealy-mouthed, jowly, boring" sidekick.

We all know that Watson was anything but the Boobus Britannicus that Nigel Bruce played him as. He was a Doctor of Medicine, for goodness sake! But while he was intelligent in his own right, when compared with Sherlock Holmes, he naturally fades a bit - and his own humility plays it down as well. It doesn't help when Holmes tells him, "you are not yourself luminous, but you are a conductor of light." [HOUN]

If any mere mortal pairs himself up with Sherlock Holmes, there's bound to be an element of perceived stupidity about the individual. But that doesn't mean that one is a knucklehead. And when one has seen war service and experienced women "over three separate continents," we struggle to think how a journalist could possibly call him "boring."

Yes, Gene Weingarten doens't understand Dr. Watson. And he needs some enlightened Sherlockians to conduct some light in his general direction.

The article allows comments. Go for it.