An Honor for Al Rosenblatt 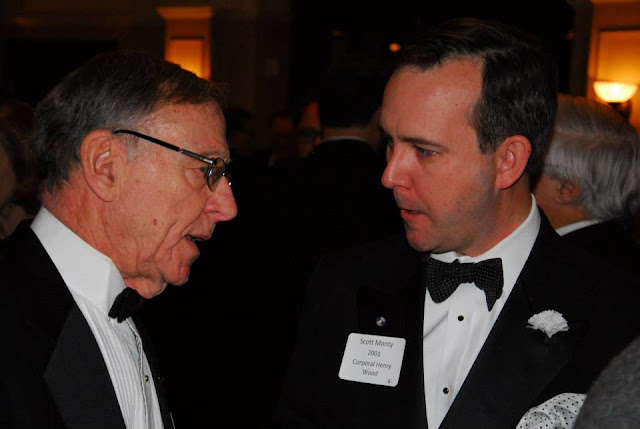 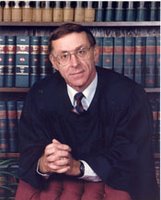 Not that his retirement was a surprise. Last month, over 400 friends and colleagues gathered to honor him at a retirement dinner. To give you a measure of the man honored that evening, here's one of Al's remarks:

"As I look out at you and see your warm faces," Rosenblatt said,"I also see a sea of shoulders. And I have no illusions — you have carried me on your shoulders."

You get the same self-deprecating, humble and honest style when you speak with him personally as well.

For a number of years, Al has served as the BSI's poet laureate, commemorating the previous year and the BSI Weekend in verse, presented at the annual BSI Cocktail Reception. As someone who has dabbled in doggerel, it's one of the highlights of the Weekend for me. Subscribers to The Baker Street Journal are treated to his witty writing in the Spring issue.

In recent years, Al's daughter Betsy has joined him at the podium to give a familial assist on the reading (she also pulls a semi all-nighter to craft the verse with her dad the night before). Betsy has followed her father's footsteps in the law as well as in the Sherlockian movement. In coverage of the retirement dinner in the Poughkeepsie Journal, Betsy mentioned that, when she visits her parents at home, she enjoys discussing legal points with her father:


"I don't always reach a conclusion," she said, "but talking to Dad about the law sure opens the breathing passages. He's sort of the hot mustard of legal thought."

Indeed. He's an essential spice as far as the BSI is concerned. One with which we cannot do without.

Congratulations on your retirement, Al. The Court of Appeals' loss is the BSI's gain.


BONUS CONTENT: Listen to Episode 103 of IHOSE in which we interviewed Al and Julie Rosenblatt:

[Thanks to Pat Ward for the link to the Times Union story.]

Update, 11/20/06: reader Ken Lanza sent along a link to a very nice story written by the Poughkeepsie Journal.