"even his voice was gentle" [IDEN] 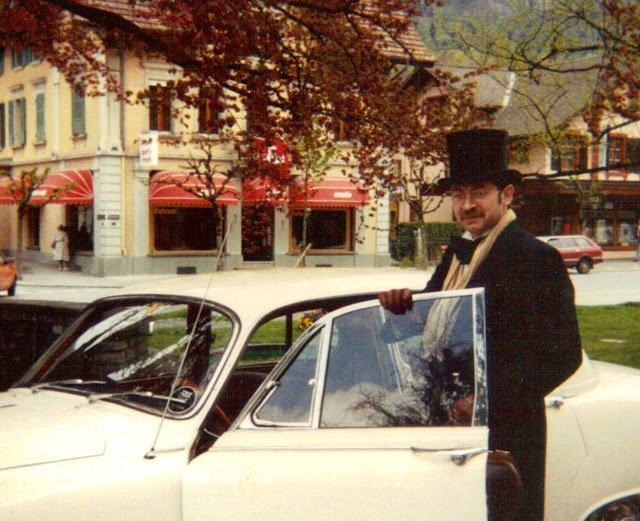 Many readers of this blog will remember a true gentleman - and gentle man - of the Sherlockian world, Richard Lancelyn Green, BSI ("The Three Gables"). Richard's untimely death two and a half years ago was a shock to all who knew him and still remains a mystery.

Much was written in the press at the time - naturally the event was sensationalized to the degree that the tabloids typically do. Ultimately, the city of Portsmouth was named the beneficiary of Richard's legendary and massive collection.

Late last year, the BBC released a documentary called The Man Who Loved Sherlock Holmes, narrated by Stephen Fry. Here's a quick impression of the film from Paul Cornell.

Feel free to share your personal memories of Richard in the comments section.