"I had forgotten all about Mawson's” [STOC] 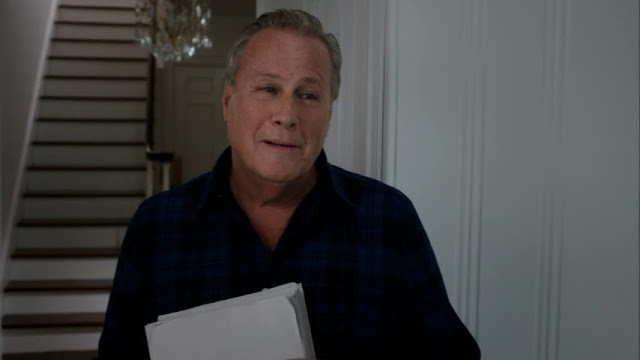 Actor John Heard died on July 21, 2017 at 71. Most well-known for his role as the dad who had forgotten his son on the family trips in in the Home Alone movies, he also had a connection to the world of Sherlock Holmes.

After graduating Clark University in Worcester, MA, he went to Catholic University of America for a master’s in theater but left to work off-Broadway. He made his Broadway debut in 1973 and film debut in 1977. He was in many well-known films of the 1980s and 90s, including Big, Beaches, Gladiator, The Pelican Brief, In the Line of Fire, The Trip to Bountiful and was nominated for an Emmy in 1999 for his guest role on The Sopranos. According to Heard, he was most proud of his role in 1980’s Cutter’s Way.

John Heard was known to Sherlock Holmes fans as Joan Watson's (Lucy Liu) stepfather Henry in Elementary. Henry Watson married Joan's mother Mary when Joan and her brother Oren were young, and the children took his last name. Later, Henry and Mary divorced. Henry was a successful writer and in Season 4, Episode 7, "Miss Taken," Joan learns from Captain Gregson (Aidan Quinn) that her stepdad, in a wonderful bit of meta, wrote a book The Heart Bled Blue under the pen name Grover Ogden, concerning a beautiful Chinese-American woman who lives with a guy from London who both consult for the NYPD.

Joan confronts her stepdad about the book:


JOAN: What were you thinking?
HENRY: I was honoring you. The choices you make, the work you do. I think it's wonderful.
JOAN: Really? So that's why you didn't ask my permission. That's why you used a pseudonym. Because you knew how honored I would be.
HENRY: Did you even read the book?
JOAN: Of course I read the book.
HENRY: (like any typical author) And?
JOAN: It's ridiculous. Sherlock and I do not run around with guns and we don't get into kung fu fights with criminals and we sure as hell do not sleep together.
HENRY: Well, sex sells, Joanie. You know that. So how did you know that that was me?
JOAN: Grover Ogden? We lived on Ogden Avenue. Grover was our dog. And by the way, that is how you make a porn name, not a pen name!


In the Canon we know next to nothing about Watson’s family, so the Elementary showrunners have named Joan’s mother Mary after John H. Watson’s wife Mary Morstan Watson and her stepdad after H. Watson, the name engraved on the watch Watson’s older brother inherited from their deceased father, as related to us in The Sign of Four.

Joan demands that the publisher retract the book and Henry asks what Sherlock thinks about his novel.


JOAN: Okay, first, you are not friends. You met him once, at Aunt Vivian's funeral. Second, he is never gonna find out about this. He is the most private person that I know. He would freak if he found out. Call your publisher, Dad.


Later, Joan finds out that Sherlock has known about the book for months and in fact has read it.


JOAN: You're not mad?
SHERLOCK: Should I be?
JOAN: Of course you should, you're you.
SHERLOCK: It's hardly the first time I've inspired a writer, Watson. I am actually the basis for several fictional characters across various media. It's one of the by-products of my success as a detective. I fascinate; this cannot be helped. You yourself once wrote about me: The Casebook of Sherlock Holmes.
JOAN: When did you...?
SHERLOCK: I was displeased because you used my real name and you shared my real history. Your father's magnum opus, on the other hand, is the very opposite of real. Look no further than chapter 32, where we make love beneath a footbridge in Central Park.
JOAN: Why didn't you tell me about it? The book, not chapter 32.
SHERLOCK: Your stepfather uses pseudonym, and I assumed you were the reason for that.


Later, Henry comes to the brownstone to apologize and say that the publisher will stop The Heart Bled Blue and to give Joan the manuscript of the sequel.


HENRY: Wait—before you take my head off, I already told the editor that he can't have it; it's all yours. I was just putting the finishing touches on it when you came by the house the other day.
JOAN: I don't understand. Is this for me to burn?
HENRY: That's for you to do with whatever you like. I missed you, Joanie, and that's the real reason I wrote about you. I mean, these last few years, ever since I ... strayed ... You know, I know that I screwed up. I knew it the moment that it happened. But what I didn't know, what I wasn't ready for, was what it would do to us. You used to be my friend. And I ruined that. The book is just my way of dealing with it. It let me be close to you again.


By the end of episode, Joan visits her stepdad back at his house.


HENRY: Hi. Joanie, what are you ...?
JOAN: I'm sorry I got so angry about the book.
HENRY: Oh, you don't have anything to apologize for. Come in.
JOAN: Well, I've changed my mind. I'm okay with it being out there, so whatever you told your publishers to do, you can tell them to stop. It's all right.
HENRY: You're sure?
JOAN: I read the sequel. (She hands Henry the manuscript.) I actually think it's better than the first.
HENRY: Yeah? A-And you ... you made some notes.
JOAN: Just a few. I thought we could spend some time and talk about them.
HENRY: Well ... it would be an honor.


Fanfic is not my thing and pastiche reading was a bigger activity in my past than now. I’m sure the authors and artists of Mylock can eloquently explain the difference between fantasy and reality; actors-in-roles and actual beings. Others may find Holmescest beyond the pale. There is a huge world of fandom out there—the niches exist in the electronic reaches and may be explored by the adventurous. The Elementary writers have great fun in subtly inserting the real world and real-world Sherlockiana into the fictional New York of Jonny Lee Miller’s Sherlock and Lucy Liu’s Joan with always interesting results.

John Heard played Henry Watson with sincere emotions that let you believe he was mostly blind to the creepy aspects of an author writing sex about a fictionalized version of his stepdaughter. Joan is not only okay with it but actively willing to help improve the final product. Heartfelt and skeezy at the same time, like a lot of fan shipping or slashfic, it was a wonderful meta of fandom with the happy ending of the fanfic writer getting approval of the subject.