To Be a Sherlockian

"a family mannerism can be traced" [REIG] 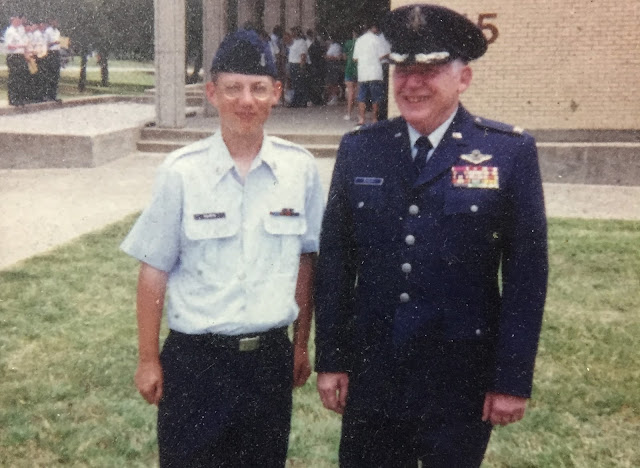 As we celebrated Father’s Day this year, I thought it was the perfect time for me to reflect on being a Sherlockian.

Every time I pick up the Canon, a pastiche, or literary criticism; or view part of a collection of my own or others; or share experiences with other Sherlockians, I think of my father. Because without him, I would not have become a Sherlockian.

Every year or two, I would take the summer sojourn to my grandparent’s farm in rural Indiana. There I would stay in my dad’s boyhood room. And each year, waiting patiently for me, would be a set of books: a few Lone Ranger adventures, six or seven Hardy Boy mysteries, and The Hound of the Baskervilles. And yes, it was the 1949 Bantam paperback edition, with the steamy cover.

It wasn’t until junior high school I actually learned there were 59 other stories awaiting me.

But once I was bitten by the bug, I soon found out my dad had been a “closet” Sherlockian for most of his life. For years, if I had a question on anything concerning Sherlock Holmes or Victorian life, all I had to do was ask him. He either had the answer in his vast memory bank, or loved researching the issue and providing the answer.

As an aside, my dad did not push myself or my siblings to be, or do, anything. That includes our education, career, or leisure activities. He had three simple rules for the three of us though… pay your bills on time (I had to have that pointed out a few times in my younger days); respect what others believe, are, or do (even if you don’t necessarily approve of it); and whatever you do in life, do it right. As a career navigator in the United States Air Force, it was in his nature to everything well, and right.

Just before he passed away, he finally finished his own pastiche, which had been in his mind for years. Everyone who has read it believes it to be very good, as well as historically accurate.

My father did not push me to become a Sherlockian… he let me find it on my own… but once I did, he was there to support it.

Today, I feel extremely lucky my son has also been bitten by the same bug. He has become the webmaster for two different Sherlockian societies, as well as the illustrator of a popular Sherlockian comic strip. I hope I followed my father’s pattern… I did not push or coerce. I was simply there when he wanted me there.

So, I can sum up my feelings on what “being a Sherlockian means” this way. A Sherlockian is not how much “stuff” you collect, or how many papers you write, or how many times you have read the Canon.

To be a Sherlockian means you are lucky enough to be able to share your world with the next generation when they ask, whether it is your offspring, students, or even complete strangers.