What Was in Sherlock Holmes's Everyday Carry? Part 1

"here in my secret pocket" [MAZA] 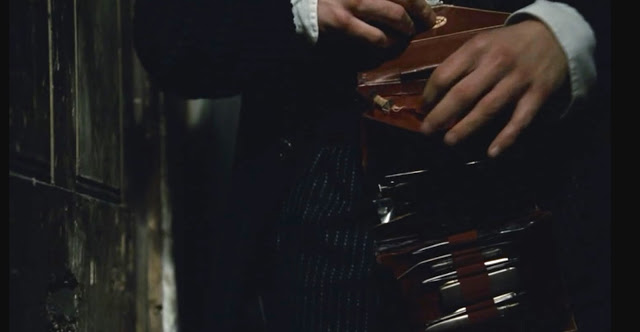 If the response of manufacturers is any indication, the everyday carry movement is flourishing.

The phrase "everyday carry,” or EDC, refers to those items one carries on a constant basis and would feel naked without; it also denotes a philosophy that encourages us to think in an efficient and utilitarian way about the objects we carry daily. Bernard Capulong at everydaycarry.com gives an overview of the lifestyle in this post.


Most of us can readily name three essential components of our 21st-century EDC’s: keys, wallet, and the ever-present mobile phone. Beyond that point our paths will likely diverge, but a list of the most popular items in a serviceable everyday carry assortment includes some or all of the following:


Keeping such items small, flat, and light enough to be convenient, yet robust enough to be useful, has been the challenge that designers and manufacturers have eagerly tackled in courting the patronage of the EDC community.

Members of the Cult of Phone are no doubt already saying to themselves that a phone can serve as a watch, a notebook, a flashlight, a GPS, and even a compass, so there’s no need for all that pocket clutter. For that matter, if the phone has the proper battery, it can, with a little MacGyvering, serve as a rudimentary lighter. For all its many beauties, though, the mobile phone has a hard time serving as a writing utensil, a cutting tool, or a screwdriver. What to do? Turn to the Canon for instruction, of course.

The Valley of Gear

Sherlock Holmes, as we shall see, had a well-considered everyday carry system in place from the earliest days of the agency. As we ponder the EDC of Sherlock Holmes, we should employ a few ground rules, examining only:

Holmes, like us, can quickly account for the popular choices: the watch, the keys, the handkerchief, and the wallet, or “pocket-book,” as the Canon puts it. He would surely have made use of the mobile phone had it been available. But what of the other leading selections? Allowing for technological changes, and focusing less on the gear and more on the job it performs, we arrive at this list:

Immediately, the Sherlockian bells are ringing. Holmes uses a portable writing utensil, likely a pencil, on at least four occasions; he sports a pocket notebook in 17 separate adventures, and rather ingeniously augments his notebook's versatility by including blank envelopes which he uses sometimes for note-taking and sometimes for evidence-gathering, as necessity dictates. If Sherlock Holmes is so committed to the multi-functional pocket notebook as part of his EDC, we should at least consider one ourselves. Ed Jelley makes the case for carrying a pen, while Brett and Kate McKay stump for the notebook. Rite in the Rain note-books are waterproof, pages and all. Take that, tempestuous London weather!

On those moonless adventures when note-taking is difficult, Holmes makes good use of his pocket lantern, a diminutive version of the more familiar bull's-eye lantern. Likely a Dietz traveler’s lantern built on the Stevens patent of 1875, this handy gadget illuminates both The Sign of Four and "Wisteria Lodge," and is the distant ancestor of your author’s favorite EDC light, the Streamlight Microstream. If you crave a hands-free option, the Black Diamond Spot Headlamp is a worthy choice. 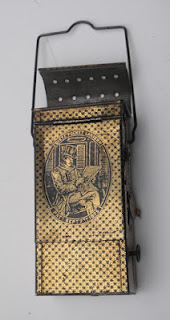 Unlike the Streamlight, the pocket lantern must be lit with a flame, and Holmes’s favorite approach to fire-making seems to be matches, which he often has occasion to use in the Canon, whether for starting a lantern or a campfire; igniting his pipe, cigar, or cigarette; or striking a quick light to look for clues or snakes. A favorite fire source for today’s EDC’er is the humble Bic mini lighter. It holds fuel longer than almost anything else, and even when it does go empty, it still has an effective sparking device on top. No tinder? No worries. Use your knife to scrape a pile of shavings from your empty Bic’s plastic casing, slowly roll the wheel around a few times, and, with a little know-how, you’re ready to start an old-fashioned spark-and-tinder fire.

When it comes to knives, Holmes seems to own and carry quite a few; Watson once notes a “litter” of them on his friend's mantel. Holmes's blades are variously described as penknives, jack-knives, pocket-knives, and so on, and he uses them for everything from evidence handling to emergency medical procedures. Holmes’s everyday knife is most likely a folding pattern with a blade approximately four inches in length, an exceedingly practical arrangement. Many enthusiasts maintain that the pocket knife is the most useful single item in one’s EDC, and thus, with the possible exception of the mobile phone, should be the most expensive investment in the lineup, especially if that knife also serves as a multi-tool.

Sherlock Holmes with a multi-tool? Stranger things have happened. At various times, from a jumble of sandwiches, flasks, cigar-cases, tobacco pouches, and pipes, the following items appear from Holmes's pockets: a jemmy, screwdrivers, a compass, a measuring tape, a magnifying lens, and, by implication, even a can opener and a corkscrew.

In Part 2 of “The EDC of Sherlock Holmes,” we shall investigate the great multiplex knife tradition of Sheffield, follow the footsteps of Sherlock Holmes through 1890’s Switzerland, and attempt to envision the ultimate Sherlockian pocket tool.