English is a strange language. For many of us who first met Sherlock Holmes and Dr. Watson on the printed page, we were exposed to words that were strange to us, either by their antiquated nature or because they were foreign. Some might even say outré.

For those who didn't have the benefit of family members or friends who spoke French, Latin or German, and who weren't yet exposed to broader subjects in school, the dialog and pronunciation existed only in our minds. So how is one to know what recherché sounds like? Or that pince-nez is not pronounced "pins-nez," but more like "pons-nay"? Or that Goethe does not rhyme with "both"?

Such are the pains of childhood.

So when we come into contact with fellow Sherlockians, we might surreptitiously learn for the very first time how certain words are pronounced. And the polite Sherlockian will not necessarily stop you and upbraid you for mispronouncing a word, but will simply use the word as part of the conversation, in something of a retort courteous, thereby demonstrating its proper pronunciation. They demonstrate rather than remonstrate.

But there is a certain familiar word in the Sherlock Holmes stories that, like so many other English words, has multiple meanings and pronunciations. Beware the dangers of homographs... 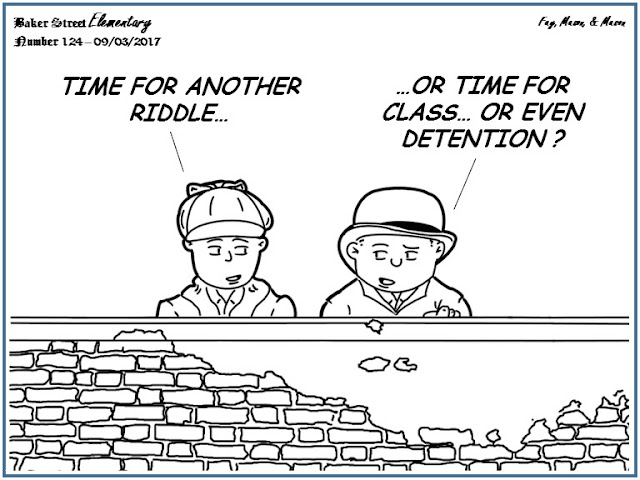 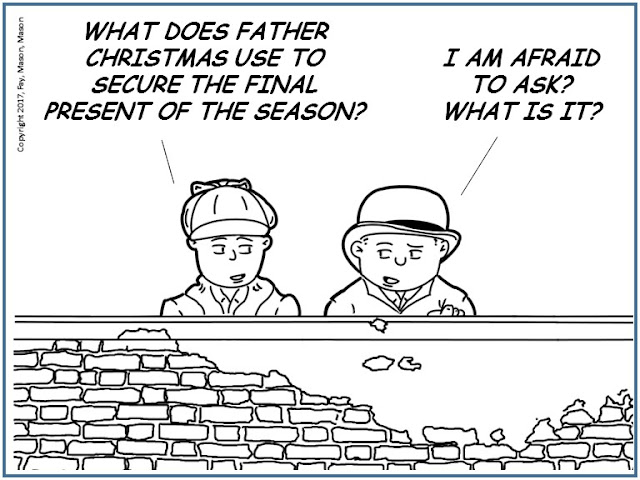 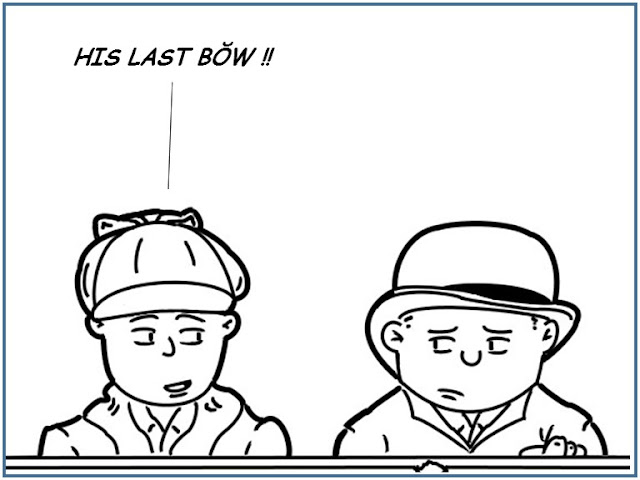 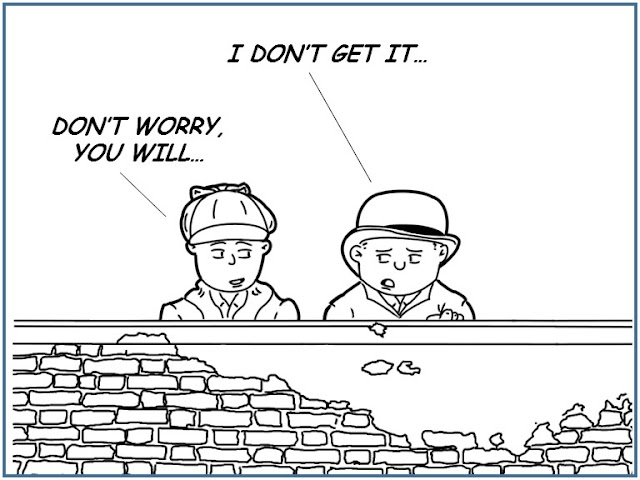 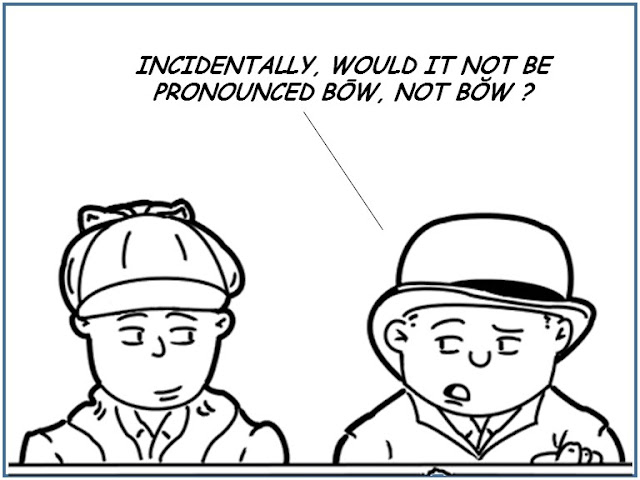 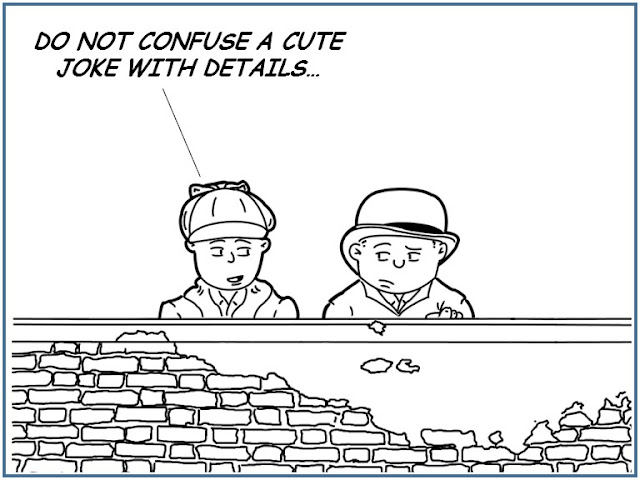 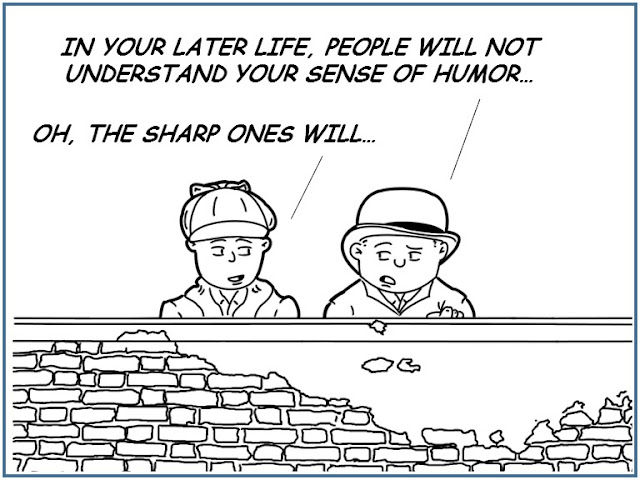 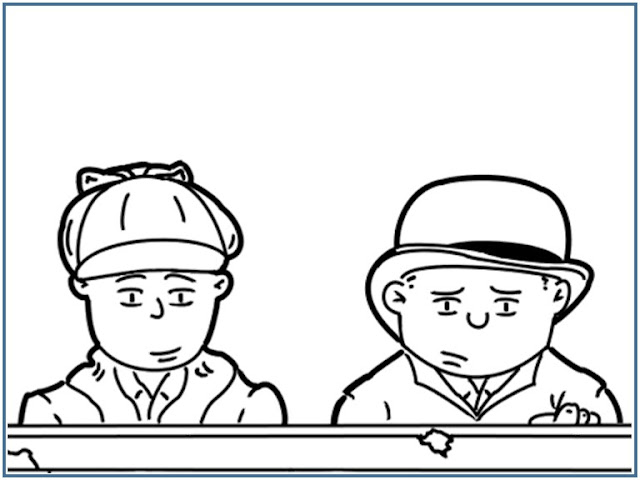 The estimable Julian Wolff, BSI ("The Red Headed League") enjoyed mapping out various places in the Canon, and one of his illustrations for the layout of 221B Baker Street was the origin of our confusion concerning "His Last Bow." It was part of the end papers for a Franklin Library edition of Sherlock Holmes stories, and can be seen below. You may understand our confusion. 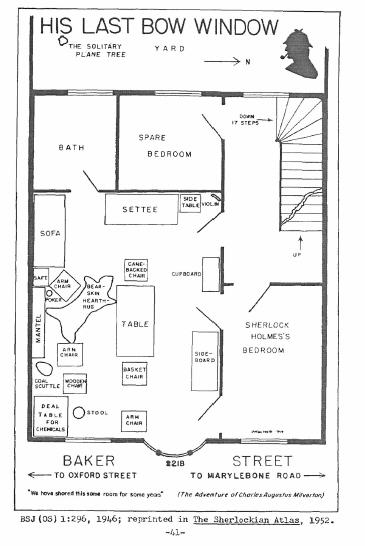