Curse of the Deadly Dinosaur - A Review 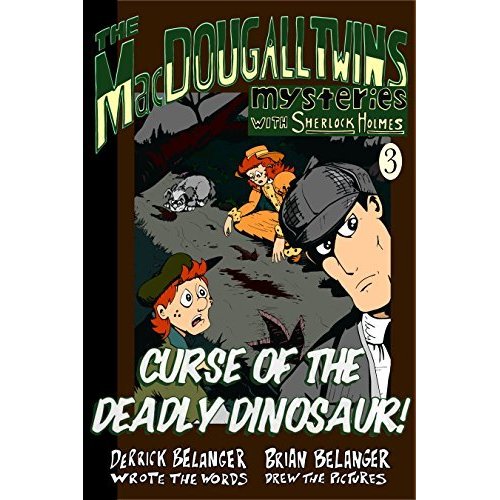 Curse of the Deadly Dinosaur is the third book in Derrick Belanger's The MacDougall Twins Mysteries with Sherlock Holmes series, and it serves up the same action that fans of the first two books enjoyed.  This series is meant to appeal to younger readers, with its ten-year old protagonists, accessible text and a story format that will introduce middle grade readers to Sherlock Holmes and Dr. Watson.

This installment of the series starts off with the twins Jimmy and Emma MacDougall decorating their home at 222 Baker Street for Christmas when Mycroft Holmes knocks on their door.  Although their mother doesn't like the idea of her children being detectives and participating in adventures with Sherlock Holmes, she allows the twins to go with Mycroft to meet a client that is currently with Sherlock and Dr. Watson at 221B Baker Street.

Once there, the story falls into a familiar canonical pace.  The twins make deductions about Holmes's client, Mr. Bogswell, and hear his story of a dinosaur that is terrorizing the local livestock in his country town.  Of course, the neighbors don't believe his story and have shunned the family, one lady going so far as to having put a curse on his household.  Bogswell's hope is that Sherlock Holmes can clear the mystery, and is quickly won over to the idea of Holmes's two junior partners coming along to Surrey to help in the investigation.

The story really takes off when Holmes, Watson, and the MacDougall family arrive in Surrey.  From there, the story rockets through the investigation, while allowing for some comic relief as Jimmy MacDougall chafes under the over-protectiveness of his mother.  The later chapters of the book are bursting with action that will have kids turning the pages to find out what happens next.  More than two dozen illustrations are scattered throughout the 123-page book which will also appeal to readers.

But Belanger knows that not just children will be interested in his tales of the MacDougall twins and Sherlock Holmes.  Throughout the story are small nods to the fans of Conan Doyle's original stories and those of us that continue to read the writings about the writings.  Young or old, seasoned Sherlockian or new arrival, Curse of the Deadly Dinosaur is a book meant to please. 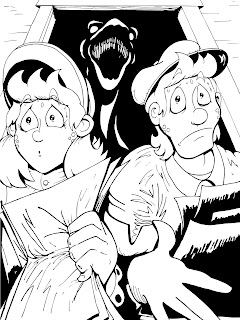 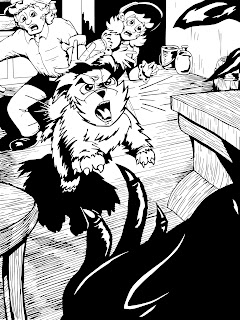 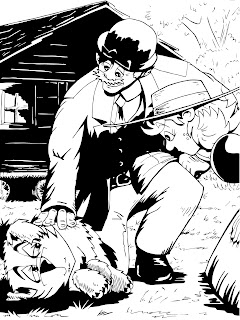