Sharp Observations About That Needle 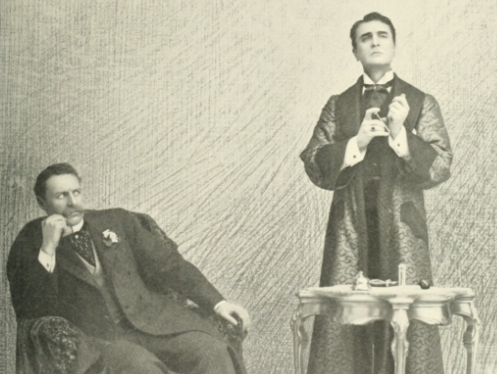 What four-word sentence is every bit as spurious as "Elementary, my dear Watson" and twenty times as annoying?

"Quick, Watson, the needle!" of course. Neither phrase appears anywhere in the Sherlockian canon, but both are the stuff of popular imagination and bad television scripts. In 1961, writing in The Baker Street Journal, Ruth Berman denounced the needle phrase in verse. She wrote in part:

Irregulars explode in wrath,
They do not stop to wheedle,
When folks who think they're quoting Holmes
Cry, "Quick, Watson! the needle."

The origins of the "Elementary" line are fodder for another day (since I understand that a prominent Sherlockian researcher has found an earlier source for it than P. G. Wodehouse's 1915 novel Psmith, Journalist). But what can definitely be said about the embarrassing reminder that Holmes was briefly a drug user, with the implication that he was enabled by his physician-friend?

We do know that it resembles a line from the greatest Sherlock Holmes film ever made, The Hound of the Baskervilles from 1939 starring Basil Rathbone and Nigel Bruce. Ernest Pascal, an English-American novelist and screenwriter who was responsible for the scripts of about 30 films between 1926 and 1943, apparently created the words that Rathbone utters in the closing scene: "Oh, Watson, the needle!" But at least there is no demeaning — and ungrammatical — "Quick."

However, within a few years the "Quick, Watson" version was current. In a volume of anecdote and reminiscence published in 1946, From the Top of the Stairs, Gretchen Finletter wrote this — about actor William Gillette, rather than Basil Rathbone:


"To shiver over Sherlock Holmes in his silk dressing gown when he cried, 'Quick, Watson, the needle!' bared his arm and stuck the hypodermic into the upper wrist, and then gazed out over the audience with that, oh, so tired look — that was a moment of mature experience in one's life. It made the Peter Pan goings on mere childish falderal."

Well, she was wrong. The line about the needle does not appear in William Gillette's play, although the needle itself does. It's quite possible that Finletter's fallible memory created the misquotation, earning the scorn of Sherlockians throughout generations to come. Certainly she was in error in imagining that Gillette (who died in 1937) ever uttered it.

She may also have been influenced by one of the earliest and greatest slogan campaigns in the history of American advertising, though it had nothing to do with Sherlock Holmes or needles. From 1928 to 1945, the Standard Oil Company of New Jersey promoted its mineral oil insecticide, Flit, with a series of magazine advertisements. Wikipedia sums up the advertising campaign: "The ads typically showed people threatened by whimsical, menacing insect-like creatures."

The slogan, which became a popular catch-phrase across the United States, was "Quick, Henry, the Flit!" Wikipedia again: "It spawned a song and was used as a punch line for comedians such as Fred Allen and Jack Benny." Almost certainly, it spawned an annoying catch-phrase for Sherlock Holmes as well. 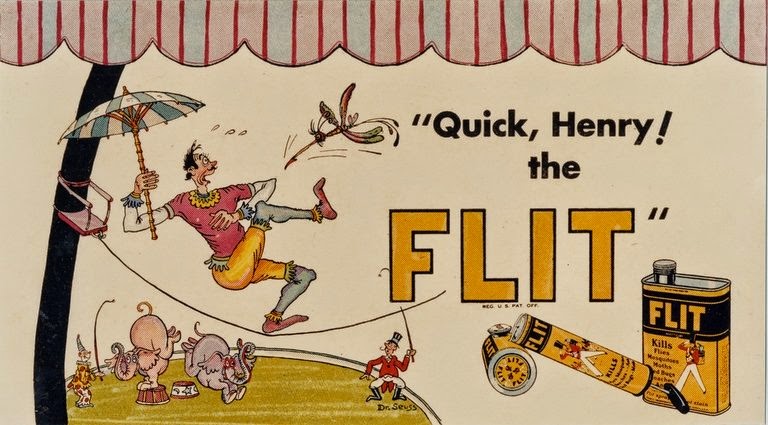 And those whimsical insects? They were drawn by a young cartoonist and commercial artist named Theodor Geisel. You may know him as Dr. Seuss.