Arthur and George Come to TV

“I think that this case is very much in your line.” [CARD] 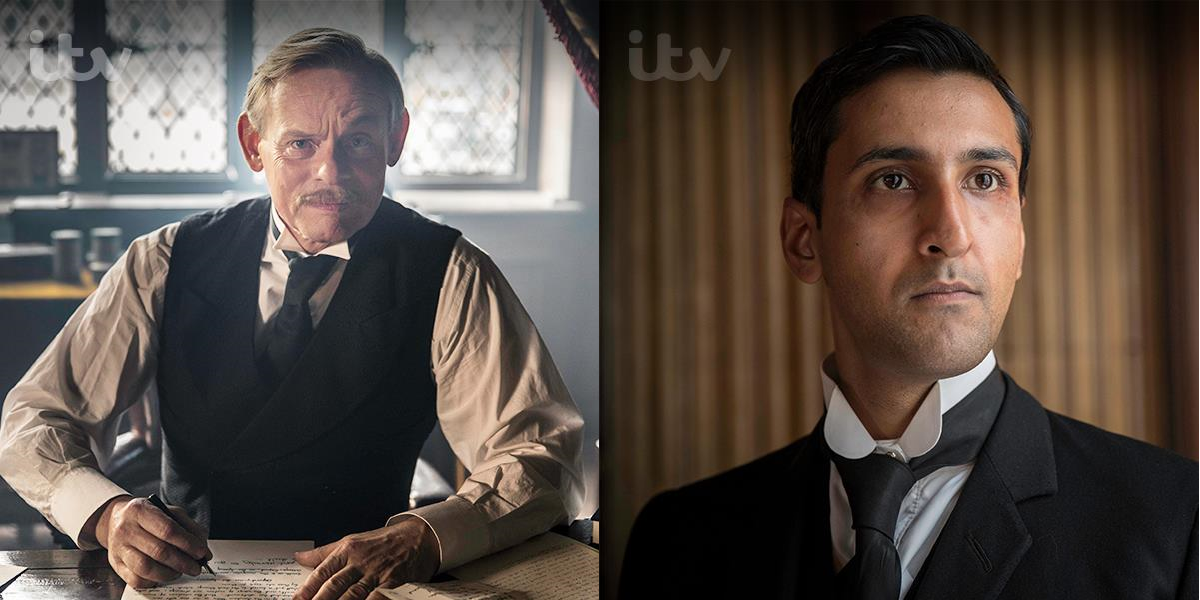 Martin Clunes (Doc Martin) will be starring as Sir Arthur Conan Doyle in a new three-part ITV drama called Arthur & George. The series is based on the inspired-by-true-events novel of the same name, which chronicled Arthur Conan Doyle’s foray into solving a real mystery himself: the case of George Edalji, wrongfully convicted for animal maiming.

From the synopsis on ITV.com:


Following the death of his wife, Louisa, Conan Doyle has become a “bore and a sulk” by his own admission. All around him do their best to bolster Arthur from his grief and mourning including his beloved ‘Mam’ who implores him to “sink his teeth into something. If not a book then some new pursuit.”


The "new pursuit" comes in the form of a letter from George Edalji, a Parsee solicitor who was sent to prison for three years for a crime he didn't commit. Historically, Conan Doyle was convinced of Edalji's innocence and became an active investigator, going to the crime scenes, interviewing participants and critiquing the reliability of the witnesses. Eventually, Edalji was pardoned, and the case and its associated campaign were factors in the creation of the Court of Criminal Appeal in 1907. 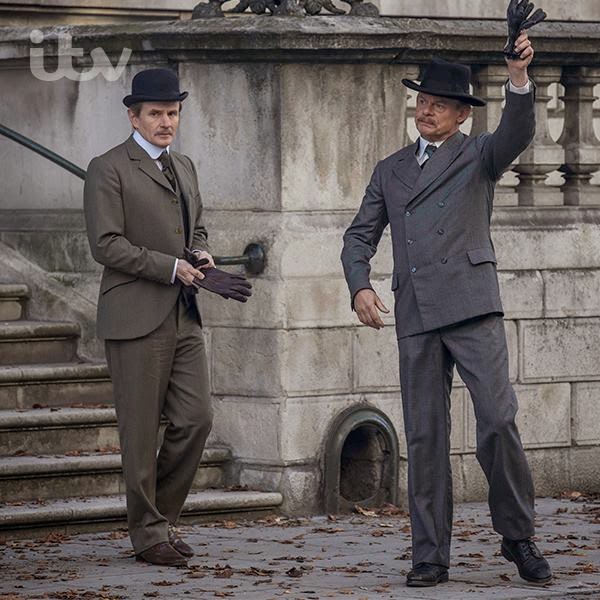 According to Radio Times, Clunes would love to turn the three-part show into a full series in which Doyle investigates other crimes. A long-running series could combine more real life events with fictional elements. Arthur & George writer Ed Whitmore (Silent Witness, Waking the Dead) revealed that ITV is waiting to see how the three-parter performs before committing to more.

PBS has also announced that Arthur & George will be joining its Masterpiece line-up later in the year, with no specific air date set.

You can view the trailer here:


Interesting timing too: a series of thirty Conan Doyle letters pertaining to the Edalji Case will be coming to auction at Bonhams in London on March 18.