"Stay where you are. I am lost without my Boswell." [SCAN] 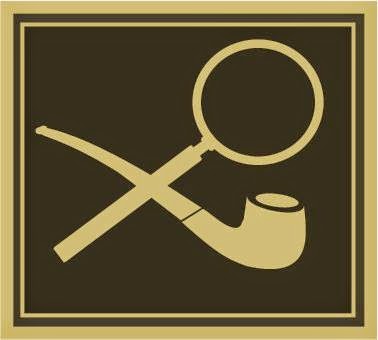 How many of us grew up listening to Sherlock Holmes on the radio? Basil Rathbone, Clive Merrison, Carleton Hobbs, the names would become synonymous with the Great Detective. The theatre of the mind offers listeners a completely unique entertainment experience. Unlike film or the written word, details are presented before you with little room for interpretation, radio plays offers listeners the chance to create many of their own details through subtle audio cues.

The soft clattering of horse hoofs, the offhanded comment of the beautiful scenery, or the cries of dismay over the Falls of Reichenbach, all help us to fill in the gaps of the fictional world in whatever way we see fit. Budgetary limitations, or unrealistic visuals need not apply. The Falls can be enormous, a city street jam packed with people, or a vista pristine.

While radio was hit hard (especially in America) by television, audio dramas have made a comeback in recent years thanks to the mass distribution offered through the Internet. Technology and audio innovations have opened the doors for people throughout the world to pursue their passions and produce their own high quality audio dramas from the convenience of their home computer.

It was into this world that David Harnois chose to combine his background in theatre and audio work, with his fandom of Sherlock Holmes, to take on one of the most difficult tasks in Sherlockdom: adapt the full canon!

After having acted as Holmes in a local theatre production, David was not eager to give up the role. Armed with his experiences on the stage and help from friends and colleagues, David began work to adapt the canon into a workable audio format.

I Am Lost Without My Boswell first started in early 2014 with a goal of adapting every story in the canon, with a full cast of characters comprised of actors and fans alike. After just over a year of work, David’s passion project had produced a dramatization of "A Scandal in Bohemia" and "The Red Headed League," and are well on their way to producing the third installment, "A Case of Identity."

We sat down with David to ask him some questions about the project, where he gets his inspiration, and how you can audition for a role in the next story.

I Hear of Sherlock Everywhere: Can you recall what your first exposure to Sherlock Holmes was?

David Harnois: I'm sure as a kid I saw The Great Mouse Detective, and I know I saw the Wishbone episodes of “A Scandal in Bohemia” and “The Hound of the Baskervilles.” Holmes was a character I sort of worked my way back around to. I read some mystery novels when I was in middle school, my favorite comic book character is Batman, it was really a matter of time. When the Robert Downey, Jr. film came out, I thought that maybe it was time to actually read the stories. The BBC's Sherlock and the Granada Holmes were the final nails in that coffin.


IHOSE: Can you tell me a little bit about your professional background? Do you have any training in audio editing?

DH: I grew up doing theatre. I started when I was 11, and continued on throughout my childhood. I graduated with my BA in Theatre in 2009 from the University of Northern Iowa. The audio work comes from a combination of my theatrical background, being in a band, and my years as a karaoke DJ. Between the band and the DJing, I gained a pretty good ear for balancing audio, and working with audio equipment. I started doing sound design work in college, did it for the theatre I worked at, and have a regular freelance gig I do once a semester. My training in it was all pretty much on the job.

IHOSE: What prompted you to do your own audio dramatization?

DH: I was given the opportunity to play Holmes onstage in a production of “Sherlock Holmes and the Case of the Jersey Lily” (produced by Waterloo Community Playhouse and written by Katie Frogrette). So I cut off my hair after 9 years, shaved after 4 1/2 and took my turn in Baker Street. After the show was done, I started realizing that I liked playing Holmes so much I didn't really want to stop. I thought the easiest way to keep doing it was something like this. I put the idea out to my Facebook friends, and they responded with a resounding, “YES! Do it!” Plus I got to keep my hair and my goatee.


IHOSE: How did you go about the scripting process?

DH: The nice thing about the bulk of the stories being public domain is that the text is all readily available online. I just copy and paste the story text into a new document and start to reformat it like a script. I indicate which text to not speak; you'll notice a large lack of 'he said', 'she said'. I try to make it flow much more conversationally. I also make indications about text to read, but that it also indicates a sound effect. My personal copy of “A Case of Identity” is highlighted in 4 colors: 1 for general highlighting of lines, 1 for words I need to watch from a pronunciation standpoint, 1 for words not in English, and 1 for sound effects.

IHOSE: Was this your first time producing your own audio production? What was the most difficult part of the process?

DH: This was indeed my first go at something like this. I was fortunate to have a lot of support early on, so I was able to get a nice microphone right off the bat, which was a big help. I suppose the most difficult part was, and still is, finding a consistent place to record. During SCAN I was recording at work after hours, which actually got me in trouble (which is a whole other story). For REDH we were able to record in Jabez Wilson's (John Jensen) house.

IHOSE: With "A Scandal in Bohemia" and "The Red-Headed League" under your belt, how's the production going on "A Case of Identity"?

DH: It's going well so far! We have a cast, and we've done a read-through of the script. We'll be recording this coming Sunday at the Waterloo Public Library. Hopefully we can knock the recording out in one session. Then it's on to the editing.

IHOSE: What's the story you are looking forward to producing the most?

DH: Ooo, that is a good question. I'm actually looking forward to “The Yellow Face,” because outside of demonstrating that Holmes isn't always right, I think it ultimately displays a good message about tolerance, understanding, and honesty that is never bad to be reminded of. From a challenge standpoint, I'm excited and terrified for A Study in Scarlet. The novels are going to take a lot more work, and a lot more time to produce. But it will be worth it.


IHOSE: Has this process changed your perspective on any aspect of the Canon? New appreciation for Mrs. Turner or anything like that? :)

DH: Not yet oddly enough, ask me after we get halfway through, that answer might be different.

IHOSE: How can I audition?!

DH: Head over to iamlostwithoutmyboswell.com and click on Auditions. We have a general audition piece that can submitted anytime if you just want to be considered for any part. Otherwise, when we're ready to start on the next story, there will be character specific pieces available.


[Editor's note: this is Peter Holmstrom's first contribution to I Hear of Sherlock Everywhere.]