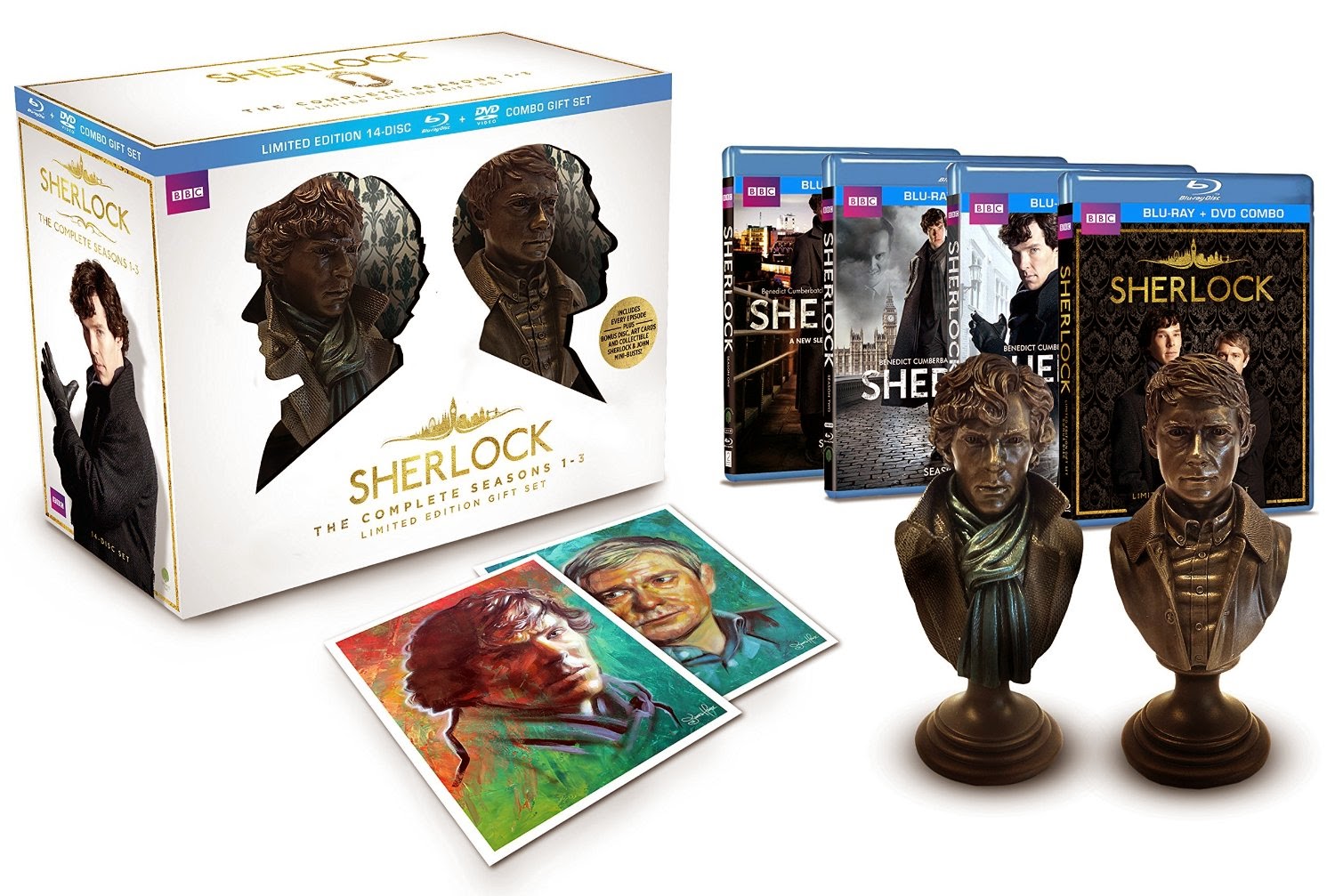 At this point it's almost silly to assume that you haven't yet seen Sherlock from BBC One and PBS Masterpiece Mystery. Three seasons in - three excruciatingly dispersed seasons - we've been taken on a number of emotional roller coaster rides as we've gotten to know the modern version of the consulting detective and his trusted friend and colleague.

And for those who have become super fans of the show, it's likely that you've picked up a few DVDs or Blu-rays of the Steven Moffat and Mark Gatiss-created show as well. But it's unlikely that you've come across the latest merchandise for the show.

"still clutching at her treasure-trove" [MUSG]


The Sherlock Limited Edition Gift Set is a treasure trove indeed. It includes every episode from all three seasons on both Blu-ray and DVD, along with the original bonus features released with each season. And as if that isn't enough content, it also features all new commentaries, never-before-seen outtakes and exclusive collectibles including limited edition art cards and busts of Sherlock Holmes and John Watson.

This is the ultimate gift set to keep fans guessing until the next game is afoot. The finale of season three, "His Last Vow," recently earned 12 Primetime Emmy ® Award nominations including Outstanding Lead Actor in a Miniseries or Movie for Benedict Cumberbatch, Outstanding Supporting Actor in a Miniseries or Movie for Martin Freeman, and Outstanding Television Movie.
The Sherlock Limited Edition Gift Set will be available on November 4, 2014 but is currently available for pre-order on Amazon.


If not for yourself, get it for the Sherlock Holmes fan in your life this holiday season.