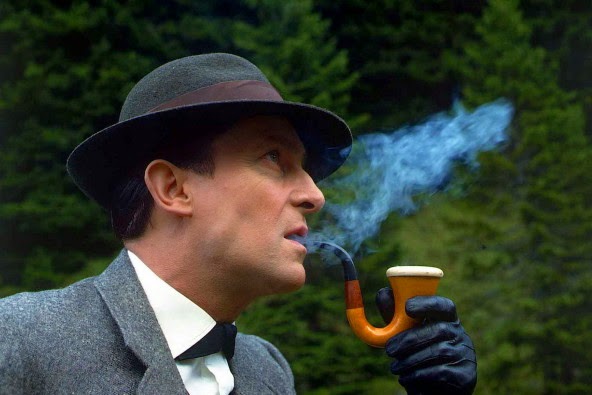 If you're a Sherlockian who had any kind of budding interest in Sherlock Holmes in the 1980s or 1990s, it's likely that you are a fan of Jeremy Brett as the master. And it's also highly likely that you have the Granada DVD box set (first made available through MPI in 2007).

The series had been released in a number of collections (The Adventures, The Return, etc.), but was not offered as a complete set, and there were complaints that the image and sound quality was poor. The 2007 set was issued with remastered video and audio from the original master files, in a high-quality box. Reviews were quite positive, with particular notice paid to the improved sound and video.

Now a new set of Sherlock Holmes: The Complete Granada Television Series  has been issued on Blu-ray in an effort to improve on the DVD set. 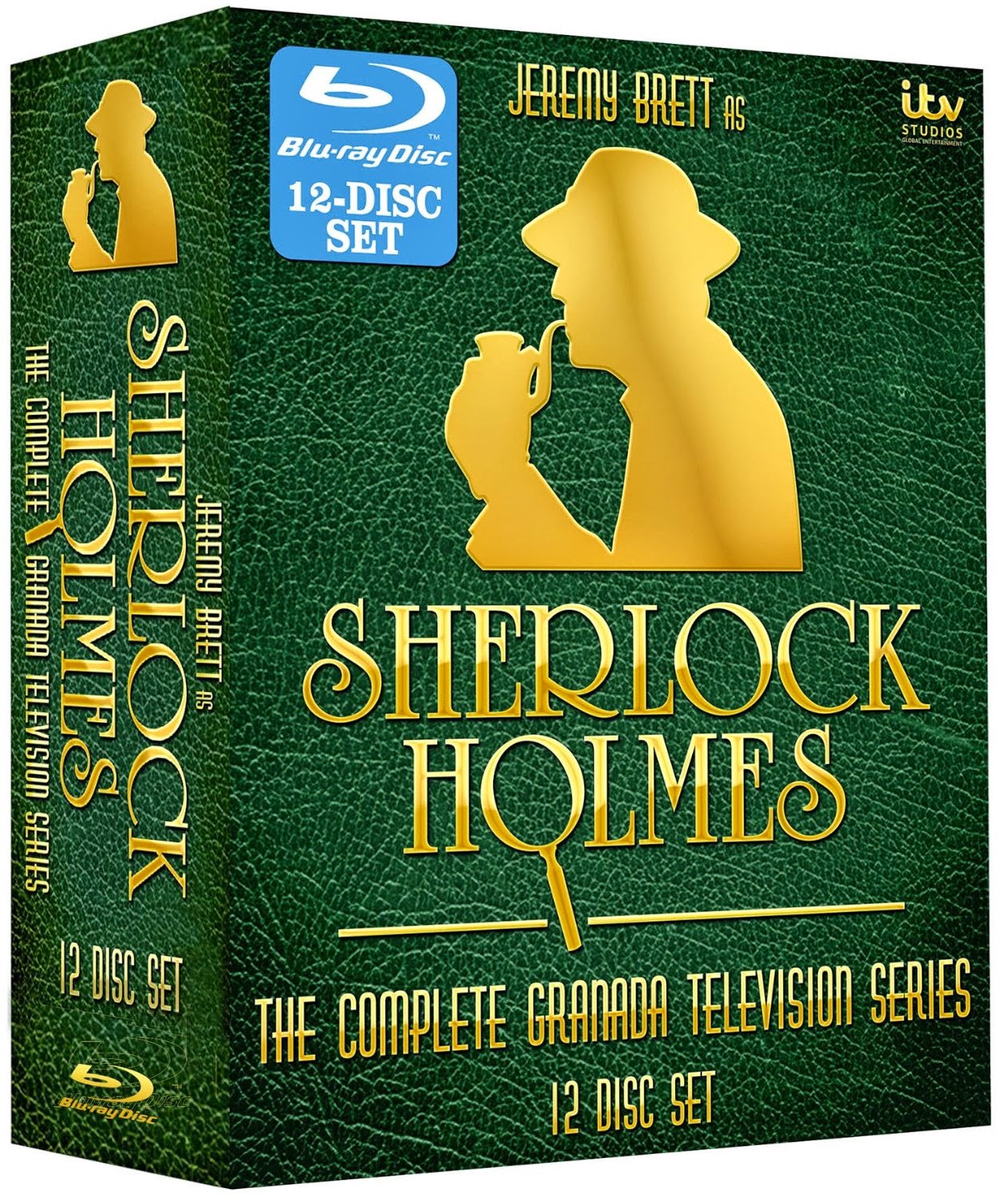 The new set is an ITV restoration of the originals, presented in the high definition in which they were originally mastered. According to reviewers, the sound is improved and the images are high quality. The content of this set is identical to that of the DVD set, only it is rendered in Blu-ray and is region-free.

The one minor complaint we've seen on the reviews indicate that the box itself is simply flimsy cardboard, rather than the thick cardboard of the DVD set. But the quality of the viewing experience is enough to make up for that.