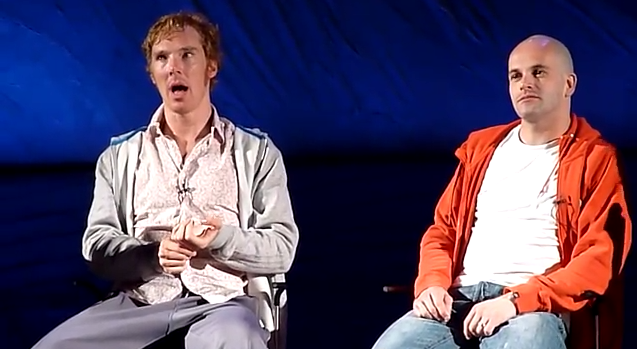 Of course, one of them — "26.2" to be exact — represents the many marathons that Jonny has run (a marathon being 26.2 miles long). In fact, he ran one ultramarathon last year (50 miles) to support Jonah's Just Begun, a foundation established to help cure Sanfilippo disease, and raised over $170,000.

This year, Miller is taking part in a 112-mile long Iron Man Triathlon in an effort to help generate enough fan support for him to join the other Sherlock Holmes — Robert Downey, Jr., to be exact — in Iron Man 4, which at this point exists as a Kickstarter project. If Miller is successful in doing so, it means he'll have shared the screen with the other Sherlock Holmes of his time.


Would you like to keep up with news about Sherlock Holmes in popular culture? Then click here to get free updates by email or through the audio platform of your choice.