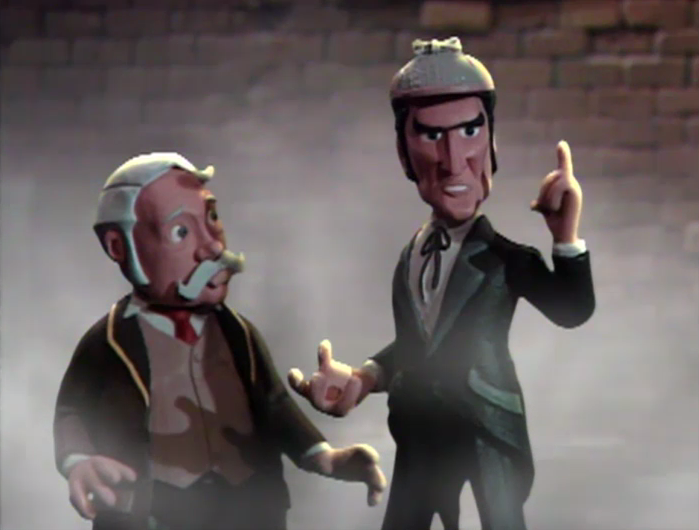 From 1998-2002, MTV ran a claymation program called Celebrity Deathmatch. It featured two celebrities facing off in a wrestling ring and typically involved exaggerated and gruesome injuries. Examples include Marilyn Manson vs. Charles Manson, The Three Tenors vs. the Three Stooges, etc.

After a late-night Twitter exchange with a couple of New York-area Sherlockians, we were reminded of the Celebrity Deathmatch that involved Sherlock Holmes.

In this episode, we find the ringside commentators Johnny and Nick stepping out of a time machine and into the streets of Victorian London, only to find Debbie Matenopoulos being assaulted by Jack the Ripper. Then, who should appear out of the fog but Sherlock Holmes and Dr. Watson.

The crowd begins to gather around as one announcer observes, "Every walk of London's pub crawl life is here: ruffians, scalliwags, and I think I just spotted a hooligan."

And with that, "It's brainiac vs. maniac!"