A New Female Sidekick on Elementary

"This is Miss Kitty Winter" [ILLU] 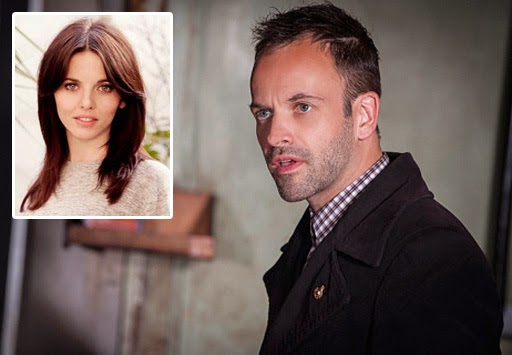 As Elementary has been renewed for a third season on CBS, the team is pairing up Sherlock Holmes with another female.

The climax of season 2 saw Joan Watson (Lucy Liu) moving out of the brownstone that Sherlock Holmes (Jonny Lee Miller) shares with her, and Holmes heading over the pond to help out MI6.

Once there in season 3, he'll unite with his protegee, Kitty Winter, who will be played by Ophelia Lovibond. The role is expected to be similar to that of Watson, although there's no news on whether she's a sober companion. This will be a recurring role for Ms. Lovibond, which means that like the overused Irene Adler, we'll get to know this character all too well.

Of course, Kitty Winter originally appeared in "The Adventure of the Illustrious Client," where she was located  by Shinwell Johnson upon a request by Sherlock Holmes. She had knowledge of Baron Gruner and gave personal testimony to Violet DeMerville, to prevent her marriage to the baron. We'll leave this spoiler-free for those of you who haven't yet read the story. But we do recommend you listen to our Kitty Winter promotion in Episode 65.

Because Elementary is only loosely based on Sir Arthur Conan Doyle's characters and plots, here's no telling what this Kitty Winter will do. You'll have to stay tuned throughout the season. We'll be following along as well, as our correspondent James O'Leary has a particular passion for the show.

Incidentally, Ms. Lovibond played another Kitty - Kitty Carlton - in the Encore series Titanic: Blood and Steel, a dramatization around the building of the RMS Titanic.