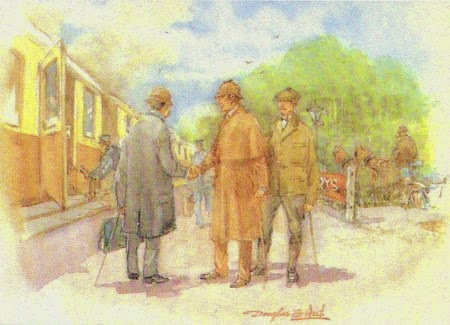 Would you hire Sherlock Holmes if you had the chance? Okay, but what if you weren't familiar with him through the 60 stories that make up the Canon? What if you had to simply look at his qualifications jotted down on a single piece of paper?

Think about that for a moment.

Professionals are often faced with making judgments based on having only cursory information rather than the whole picture. This applies to things that require immediate action as well as some others where, even if we're given more time, we simply don't have access to the same information as someone who might be more intimately familiar with a person or situation.

For example, Watson made up a list based on his first few weeks with Holmes. It went something like this:

So if one were to sum up these and some other time-based activities of Sherlock Holmes and made a visual representation of the same - an infographic, for example - it might look something like this: 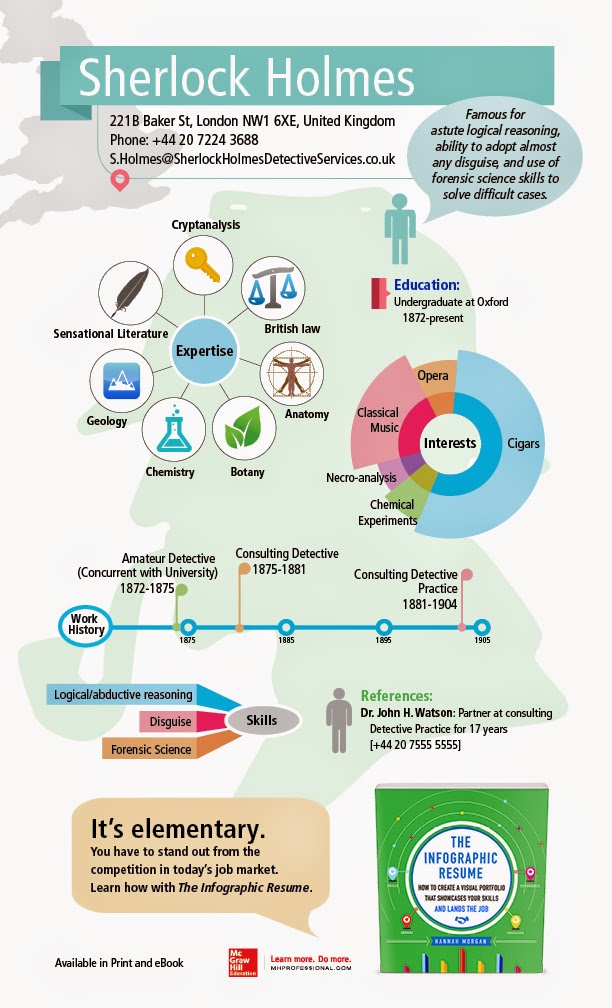 McGraw-Hill created this to support and promote its new book The Infographic Resume: How to Create a Visual Portfolio that Showcases Your Skills and Lands the Job.

Do you spot any glaring errors? Is something missing that you would have included?