"the scissors of the barber" [BLUE] 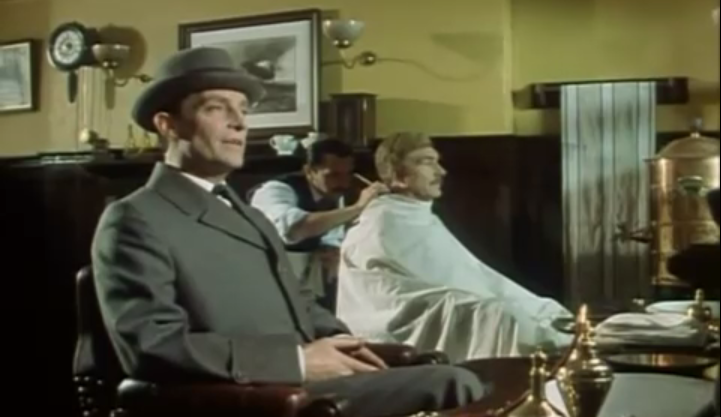 Some of the great Canonical omissions are those of the everyday life of the good doctor and the detective. While we're fortunate to know Dr. Watson's tobacconist (Bradley's, Oxford Street [HOUN]) and that Holmes was under the care of a Harley Street physician (Dr. Moore Agar [DEVI]), we seldom read of the mundane ins and outs of living on Baker Street.

One such example is that of the local barber. There are precisely three instances of hair being cut in the Sherlock Holmes stories:


We know that Holmes and Watson must have had their hair cut regularly and perhaps they even enjoyed an occasional shave at the barber shop. The Granada series, in its first round of stories dramatized with Jeremy Brett in the title role (The Adventures of Sherlock Holmes - Amazon | Amazon UK), gave us a marvelous glimpse into this area of Baker Street living in the opening scenes of "The Resident Patient":


That it also includes Beethoven's Violin Concerto - our favorite piece of music - is, as Holmes put it, "an extra."

Of course, the Granada series is not alone in referencing barbers. If you're a fan of the 1940s radio series with Basil Rathbone and Nigel Bruce, you may recall "Sherlock Holmes and the Demon Barber" which first aired on January 28, 1946.

So imagine our amusement when our Facebook fan David Somen shared this with us, remarking, "I saw this barbers shop in Thame, Oxford, UK last week and it just tickled me." 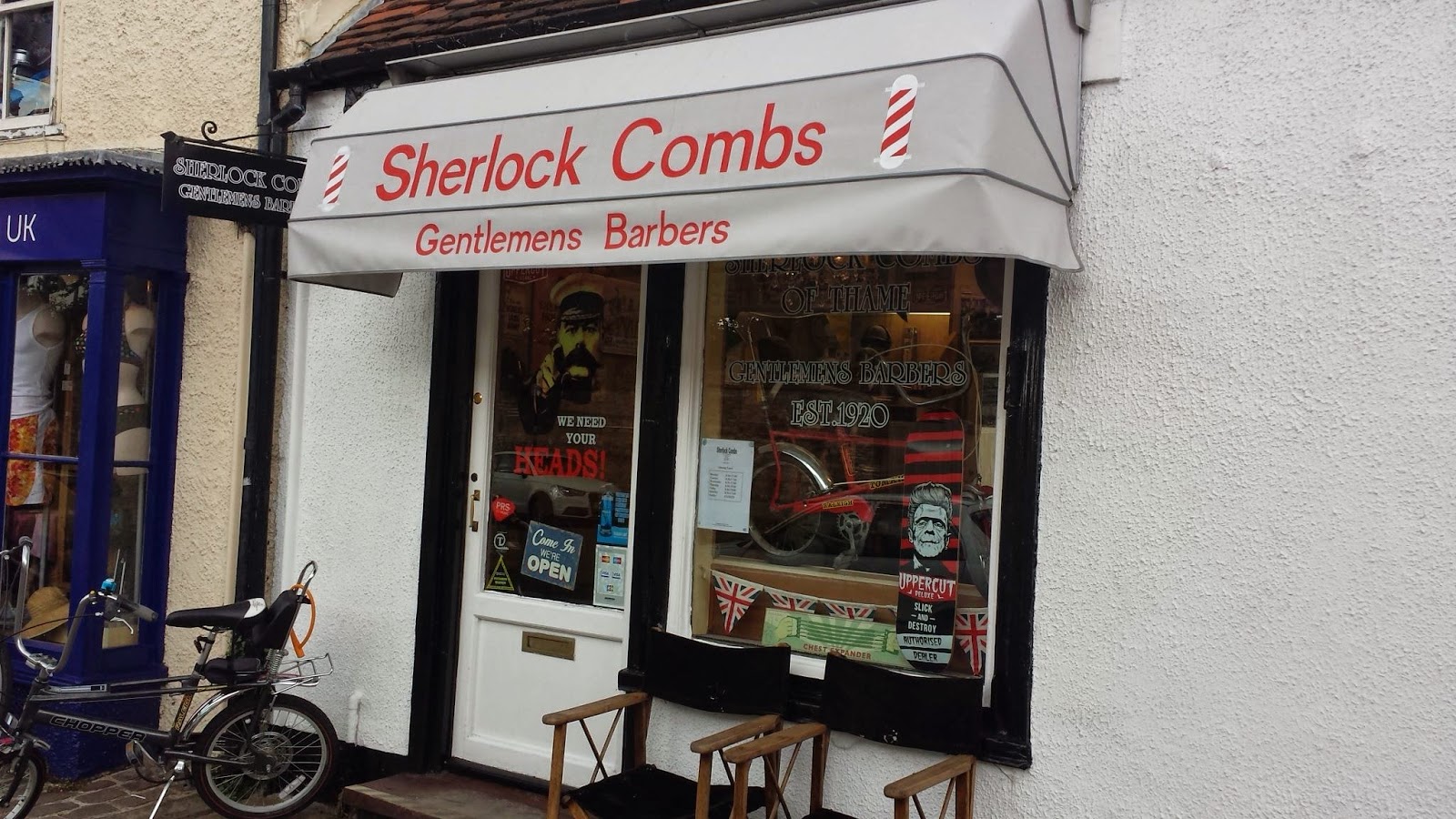